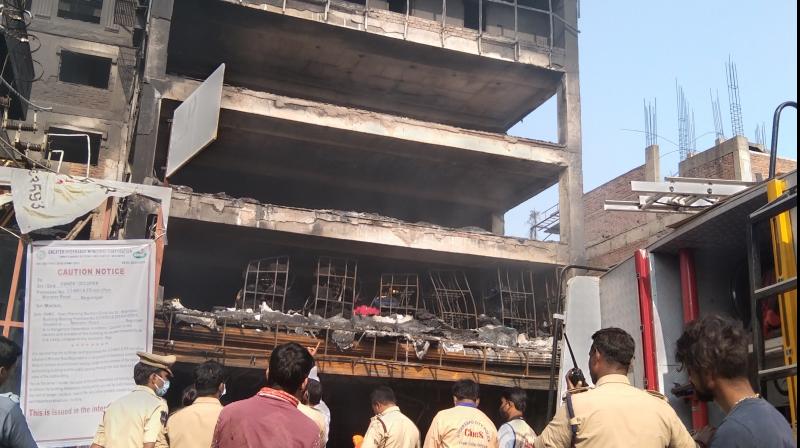 Hyderabad: Samples from the parents of three victims who died died in a fire at Deccan Knitwear Sports Shop were sent for forensic analysis on Monday, to crossmatch them with the victims’ samples through a blood and bone-density test, the police said.

The police said that they are awaiting reports from the Forensic Science Laboratory (FSL) in Red Hills to hand over the remains to the families.

Ramgopalpet inspector G. Lingeshwar said, “We will make sure that the victims’ parents get the remains of their kin on priority.”

A senior FSL official said that DNA samples of victims were collected from the charred corpses and skeletons found on the second floor during the rescue operations on January 22.

Meanwhile, firefighters were continuing to put out the fire which continued to rage for the fifth consecutive day.

Abdul Jabbar, a relative of the trio who died, said that Waseem, Javed and Zaheer, who worked in another shop on MG Road, were unlucky to be visiting the fire-hit building on January 19.

“I reached the city on January 21. Since then, I am sitting before the burnt building along with family members, waiting for the rescue team to trace our kids so that we can perform their last rites,” Jabbar said.

M. Rajesh Chandra, central zone DCP, said: “We are doing our best to see the family members get the remains of their kin, as the building’s condition is delicate and rescue teams from different departments are doing their best to trace the bodies.”