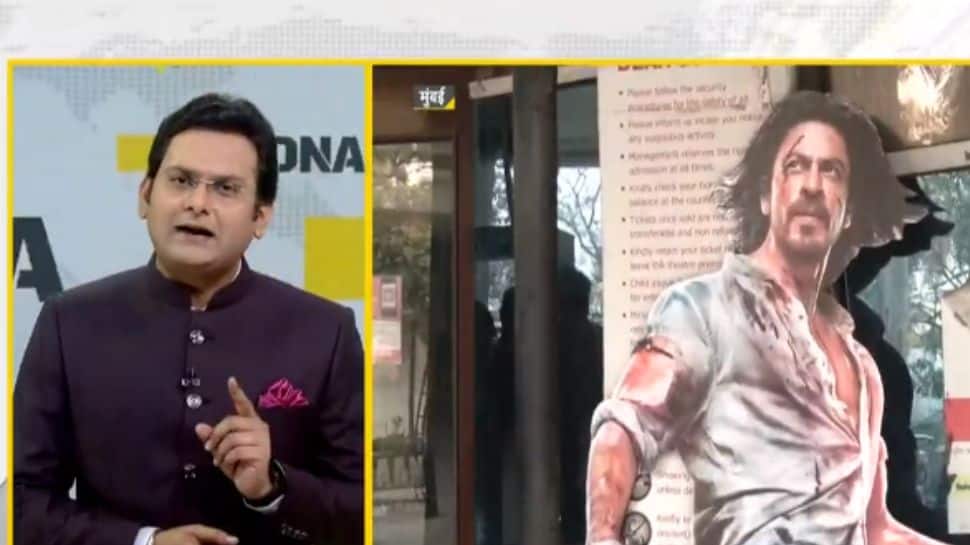 New Delhi: Shah Rukh Khan’s Pathaan turned out to have a grand opening despite the controversy it was marred in pre-release. ‘King Khan’ returned to Bollywood after almost 4 years. Before the film’s release, there were protests and campaigns to boycott the film in theatres. The boycott trend started due to the song ‘Besharam Rang’ in which people objected to the saffron colour of Deepika Padukone’s bikini. Many found it offensive to the Hindu culture. Since then there has been a campaign to boycott the film.

However, Shah Rukh Khan’s film performed really well on its opening day as it earned around Rs 25 crore till 8 pm today.

In today’s DNA, Zee News’ Rohit Ranjan will analyse why SRK’s film Pathaan is on the path to becoming a superhit despite the calls for a boycott before it was released.

This year was a very dull year for Bollywood with many big banner films failing to draw crowds to the theatres. It is estimated Bollywood films may have suffered a loss of about Rs 2,000 crore due to this. On the other hand, South Indian films did very well.

But it wasn’t the boycott gang that is behind the failures of Bollywood films. It may be that audiences were not content with the storylines, sequences, and songs of the films being churned out. In addition, the competition from OTT platforms also posed a challenge to Bollywood earnings.

The success of the Pathaan film has proved that the Boycott gang may not be the reason behind Bollywood’s repeated flops.

Share
Facebook
Twitter
Pinterest
WhatsApp
Previous article
Halwa Ceremony to Be Held on Thursday in Presence of FM Niramala Sitharaman
Next article
No Point in Protesting Against ‘Pathaan’ After Censor Board ‘Corrections’: MP Home Minister