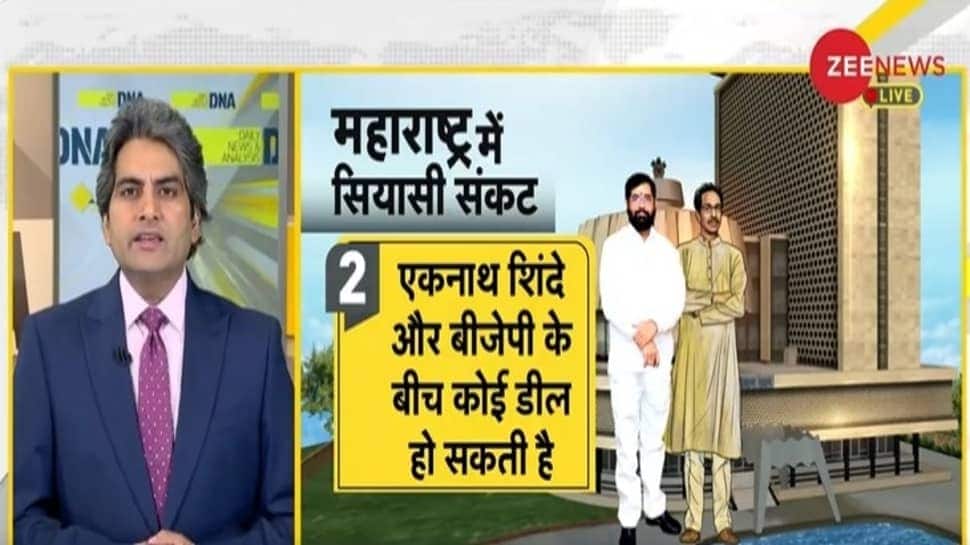 People are asking only two questions today – 1. When is Uddhav Thackeray’s government in Maharashtra going to fall and 2. Who will be the next President of India. Eknath Shinde, a senior Shiv Sena leader, has rebelled against Uddhav Thackeray. The Shiv Sena leader is camping in Gujarat with as many as 34 MLAs of the party. Is Uddhav Government in Maharashtra all set to fall now?

In the 288-member Maharashtra Legislative Assembly, the mid-way mark is 144, while the current strength is 287 as one Shiv Sena MLA Ramesh Latke of Mumbai, passed away recently.

Besides the MVA-BJP, there is a significant 29-strong group of MLAs who are independents or from smaller parties who have become important for both the ruling and opposition side. The MVA strength is: Shiv Sena (55), NCP (53) and Congress (44). That is, these parties have a clear strength of 152 MLAs… 8 more than the required number of 144.

The BJP has 106, plus the support of smaller parties and independents giving a strength of around 119. All in all, if Shinde aligns with the BJP with his 34 MLAs, it’s clear that the saffron party will form the government in the state for one more time.

In a nutshell, the ball lies in Eknath Shinde’s court now. If he bats till the end, and during this time, all the rebel MLAs of Shiv Sena stick with him, then Uddhav Thackeray’s government in Maharashtra is all set to fall. And it is possible that BJP can form its government with Eknath Shinde.

However, if the Shiv Sena is able to win the confidence of their MLAs back, then there are chances that Uddhav Thackeray will stay afloat.

Watch DNA with Sudhir Chaudhary to understand in detail the Maharashtra political crisis.