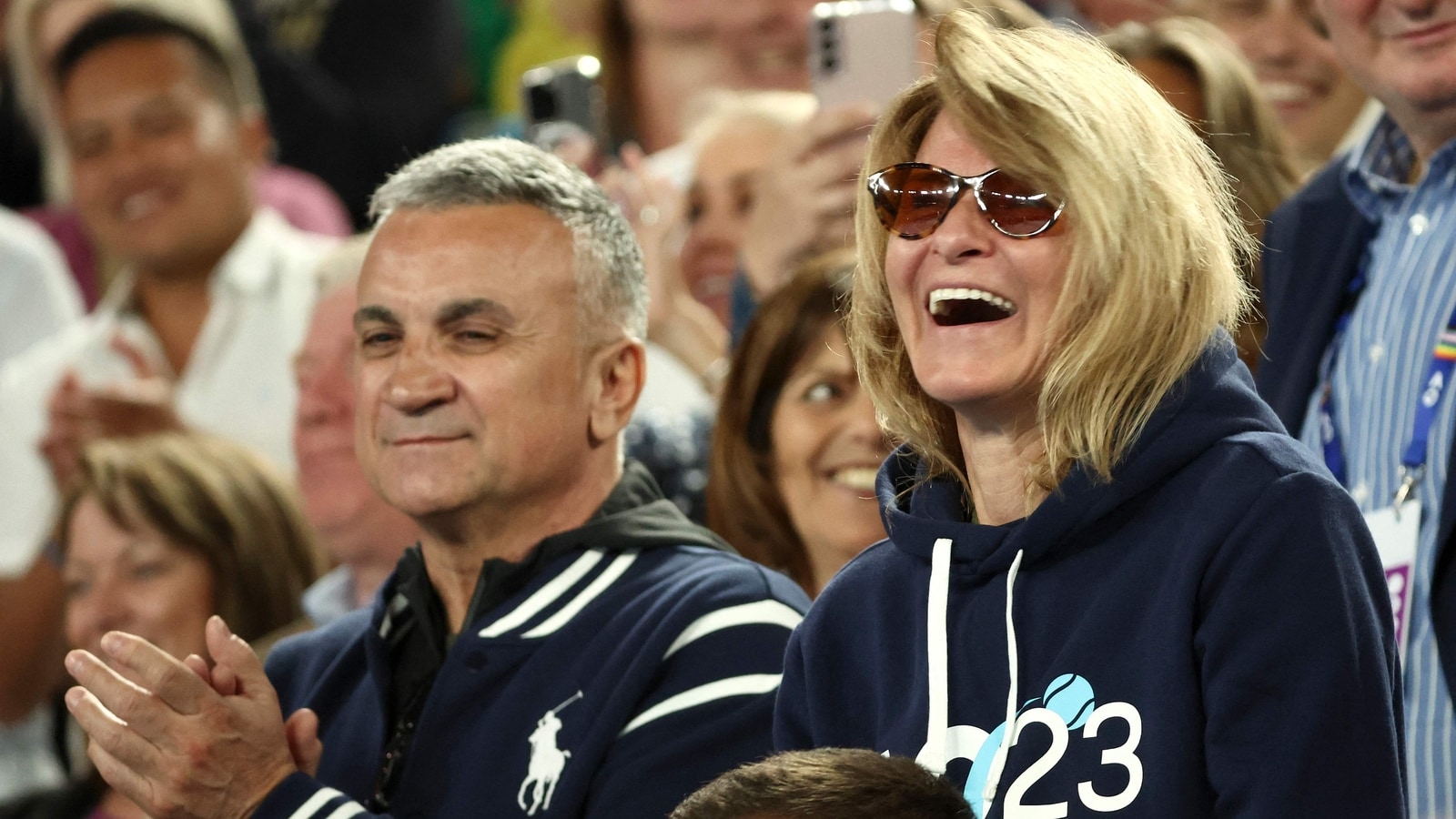 Novak Djokovic’s father has been filmed posing with fans brandishing banned Russian flags at the Australian Open, including one featuring Vladimir Putin, in scenes Ukraine’s ambassador Thursday slammed as “a disgrace”.

The Serbian star Djokovic had just booked his place in the tournament semi-final with a straight-sets thumping of Russian opponent Andrey Rublev at Rod Laver Arena on Wednesday night.

After the match a group of fans unfurled Russian flags — which are banned at Melbourne Park — near the stadium and chanted pro-Russian and pro-Putin slogans.

The man with the flag is wearing a black T-shirt with a “Z” on it — a symbol supporting Russia’s invasion of Ukraine.

Spectators are banned from having Russian or Belarusian flags at the Grand Slam after Ukraine’s ambassador to Australia and New Zealand, Vasyl Myroshnychenko, demanded action when they were seen among the crowd last week.

At the time, Russia’s embassy in Australia hit back, calling it “another example of unacceptable politicisation of sports”.

Myroshnychenko said on Twitter on Thursday that the latest incident was shameful.

“It’s a full package. Among the Serbian flags, there is: a Russian flag, Putin, Z-symbol, so-called Donetsk People’s Republic flag,” he tweeted with a link to the video.

“It’s such a disgrace… @TennisAustralia @AustralianOpen.”

Ukrainian player Lesia Tsurenko, who was defeated in the Australian Open first round, tweeted: “No words to say.”

Another man was photographed by AFP inside the stadium during Djokovic’s match with a pro-war “Z” symbol T-shirt.

Ukrainian former player Alex Dolgopolov, who is currently fighting in the war, asked on Twitter: “This guy will get banned for life, at least for all Australian events, right? @AustralianOpen.”

Ahead of the Djokovic-Rublev match, Simeon Boikov, who runs the YouTube channel which posted the footage, had urged Russian supporters to descend on Melbourne Park to protest the flag ban.

“The Russian empire has had its flag banned,” he added. “Well guess what Tennis Australia? Good luck when the empire strikes back.”

Tournament organiser Tennis Australia said on Thursday it would continue to work with security to enforce entry rules, without directly addressing the incident with Djokovic’s father.

“Players and their teams have been briefed and reminded of the event policy regarding flags and symbols and to avoid any situation that has the potential to disrupt,” it said.

“We continue to work closely with event security and law enforcement agencies.”

Since Russia’s invasion of Ukraine last year, Russian and Belarusian players have normally competed under a neutral white flag as independents, as is the case at the Australian Open.