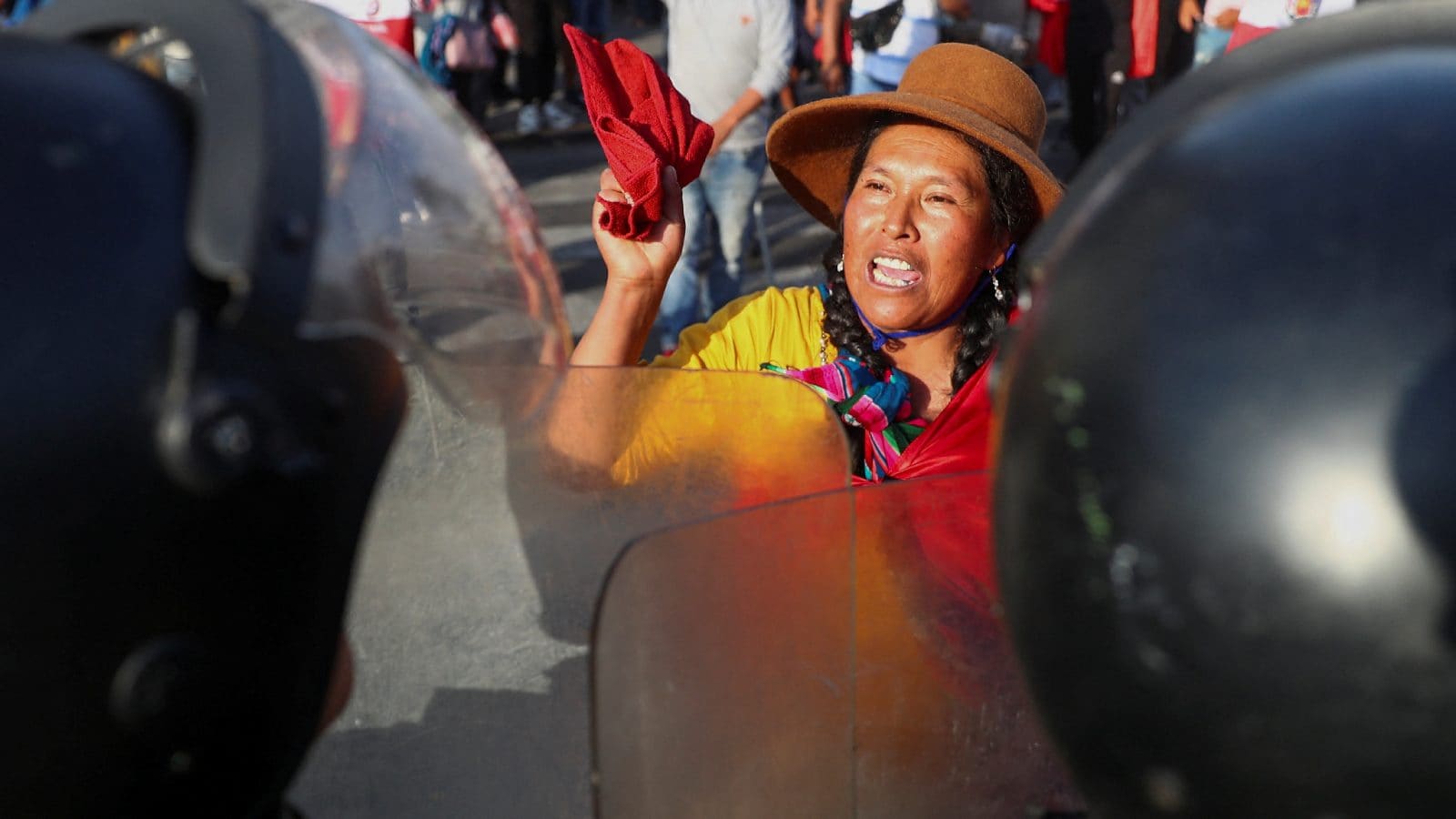 Riot police tossed tear gas to disperse anti-government protesters in new unrest in Peru’s capital on Monday, and the nation’s interior minister said there was no end in sight to the tumult gripping the nation.

This crisis triggered by the ouster of leftist and Indigenous president Pedro Castillo early last month stems largely from a gaping inequity between Peru’s urban elite and poor rural Indigenous people in the southern Andean region who saw him as one of their own and working to make their lives better.

The unrest has left 46 dead in the South American nation, and Interior Minister Vicente Romero forecast no relief.

“The social protests will continue. We are working intensively with the defense ministry to resolve them,” Romero told the state TV Peru channel.

After a mass rally last week in Lima, another is planned for Tuesday by protesters demanding the resignation of Boluarte, despite authorities calling a state of emergency.

“We urgently need for Dina to resign,” said Edmunda Canaguira, 60, who came to Lima from Sicuani in the southeastern Andes of Peru to take part in the mass mobilization.

“She doesn’t listen to the people. It’s her fault that we are in the streets this week — without food, without being able to sleep,” she said.

Protesters, many from poor Andean regions, are also demanding a new constitution, fresh elections and the dissolution of congress.

Civil groups have denounced repression by the security forces, but the minister defended police and praised their “spectacular” abilities.

“Right now we’re experiencing one of the highest levels of violence in recent times, since the 1980s” when authorities were battling left-wing Shining Path guerrillas, said Romero.

He once again blamed a “faceless” group for financing protests in which he said 540 police officers have been injured.

Trouble first broke out on December 7 after then-president Castillo was arrested and charged with rebellion after attempting to dissolve congress and rule by decree.

His supporters have kept up regular protests and roadblocks throughout the country, even at times attempting to storm airports.

On Monday, there were still more than 80 blocked roads in eight of Peru’s 25 regions.

The Inca citadel of Machu Picchu has been closed since Saturday as train services to the popular tourist site — the only way to reach it other than on foot — have been suspended for several days.

More than 400 stranded tourists had to be evacuated from Machu Picchu over the weekend.

The airports in the southern cities of Arequipa and Juliaca remain closed.

Ukraine Says It Will Not Strike Russian Territory With New Missiles