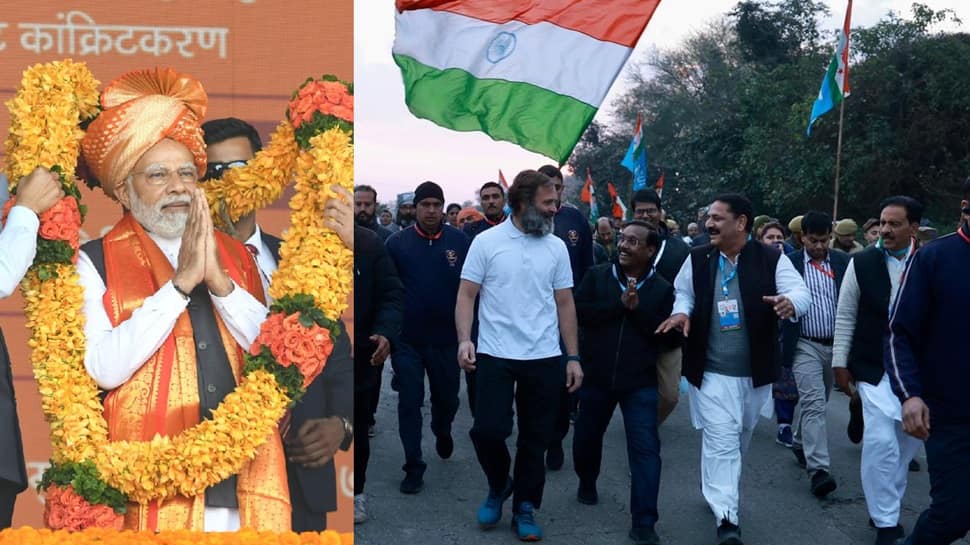 Rahul Gandhi’s Bharat Jodo Yatra has entered its last stage. The Yatra which started from Kanyakumari is now in Jammu and Kashmir after covering many states. Though Gandhi claimed that the Yatra is for uniting India, time and again Congress leaders pitched for Rahul Gandhi as the Prime Ministerial candidate from the stage of the Bharat Jodo Yatra. Now, an India Today-C-Voter Survey tried to find the impact of the yatra on the voters and public sentiments.

The Bharat Jodo Yatra led by Congress leader Rahul Gandhi resumed from Hiranagar in Jammu and Kashmir’s Kathua district today. After a day-long break, the foot march started as per schedule around 7 am from Hiranagar near the International Border along the Jammu-Pathankot highway which was sealed by police and other security forces.

The march started from Kanyakumari on September 7 and entered Jammu and Kashmir from Punjab on Thursday. The yatra is scheduled to end in Srinagar on January 30 with the hoisting of the national flag at Congress headquarters by Gandhi.