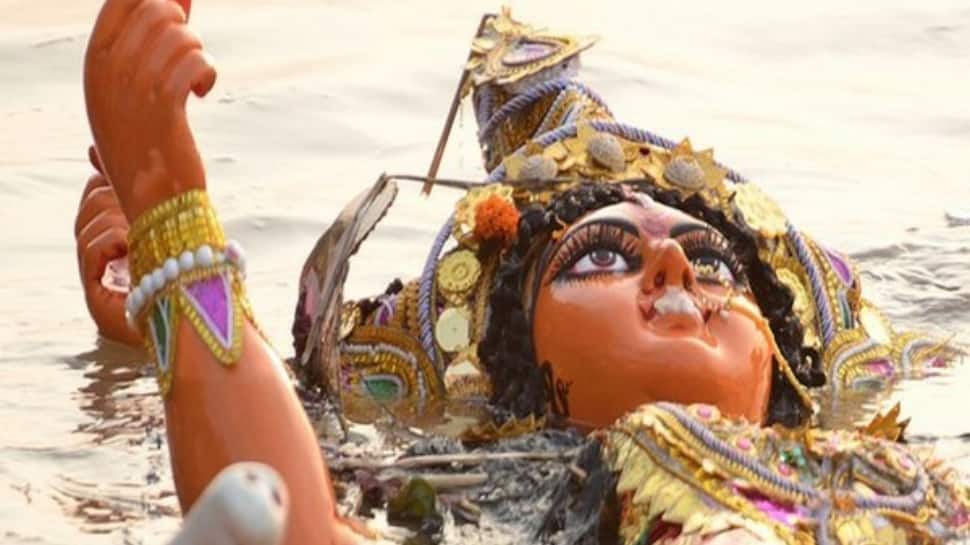 New Delhi: Delhi Pollution Control Committee on Friday issued guidelines for Ganesh Utsav, Durga Puja and other upcoming festivals. The Committee directed the idol makers and sellers to use natural clay and biodegradable materials for the manufacture of idols. The Committee said POP (Plaster of Paris)-based idols shall not be allowed for immersion in water bodies (ghats/ponds) except in designated places identified by authorities.

“Safety measures are to be taken at the banks of river Yamuna during immersion of idols as detailed in the guidelines. As far as possible, encourage immersion of idols in a bucket of water or artificial ponds. Worship materials may be collected separately for disposal,” the committee said.

Ganesh Chaturthi is a ten-day long festival that began on August 31 and will end on September 9 with Visarjan (immersion of idols in water bodies). This festival marks the birth of Lord Ganesha.

Celebrated in Shukla Paksha of the month Ashwin in the Hindu calendar (September-October), Durga Puja celebrations this year starts from September 25 with Shasthi falling on October 1. The 10-day festival marks the worship of Goddess Durga. Months before the festival, artisanal workshops sculpt idols of Durga and her children (Lakshmi, Saraswati, Kartik and Ganesh) using unfired clay.

The festival marks its beginning on the day of Mahalaya when the ritual of ‘pran pratistha’ is done by painting the eyes on the goddess idol. Sasthi, Saptami, Ashtami…every day the festival has its own significance and set of rituals. The celebrations culminate on the tenth day known as Vijaya Dashami when the idols are immersed in water bodies.