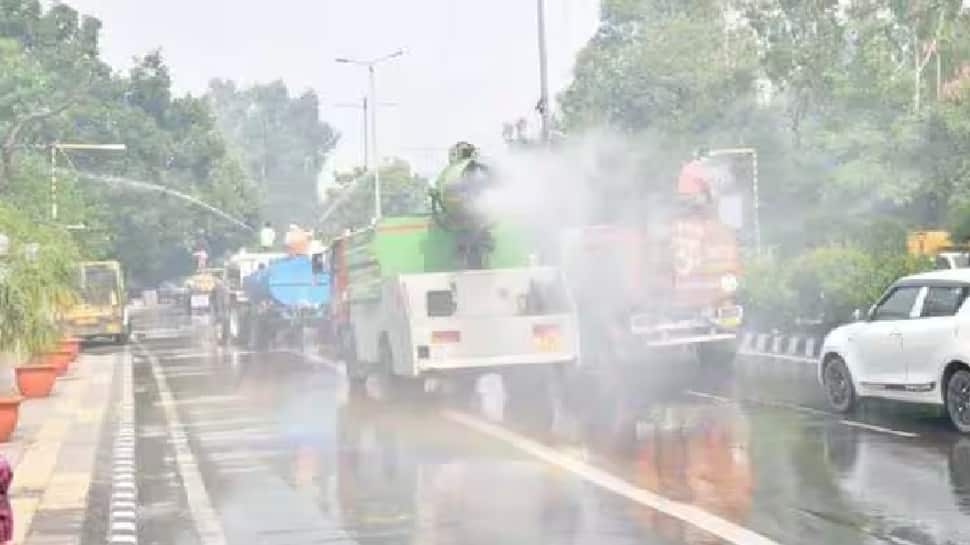 New Delhi: Delhi Lt Governor V K Saxena on January 23 inaugurated 13 multipurpose vehicles equipped with anti-fog sprinklers and anti-clogging facilities to clean the city’s streets. The Municipal Corporation of Delhi (MCD) has procured 28 such vehicles from the Ministry of Environment, officials said, adding that 13 were flagged off and the rest will come by February 15. The cost of each vehicle is Rs 35.95 lakh, they said. An official said the vehicles have a 5,000-liter water tanker each fitted with a sprinkler system, jetting arrangements, and an anti-smog gun. The vehicle is capable of spraying atomized water droplets for suppressing suspended dust particles.

The vehicle has an arrangement of a jetting nozzle for various purposes — washing trees, watering, and removing blockages in small covered drains or culverts and pipe drains, etc, they said. Speaking at the flagging-off ceremony, Saxena said the capital will be able to fight the pollution war more effectively.

“The best part of this vehicle is that it has jets for water sprinklers. It also has an anti-clogging facility and it can also clean the spits of paan on the footpath. I am very hopeful that this will be a milestone in our war against pollution,” he added.

“We are making efforts to reduce the level of air pollution in Delhi and these multipurpose vehicles will prove to be very helpful in this endeavour. More such efforts will be made in the coming times,” Saxena said. Special Officer of MCD, Ashwini Kumar, Commissioner Gyanesh Bharti, and other senior officials were also present on the occasion.