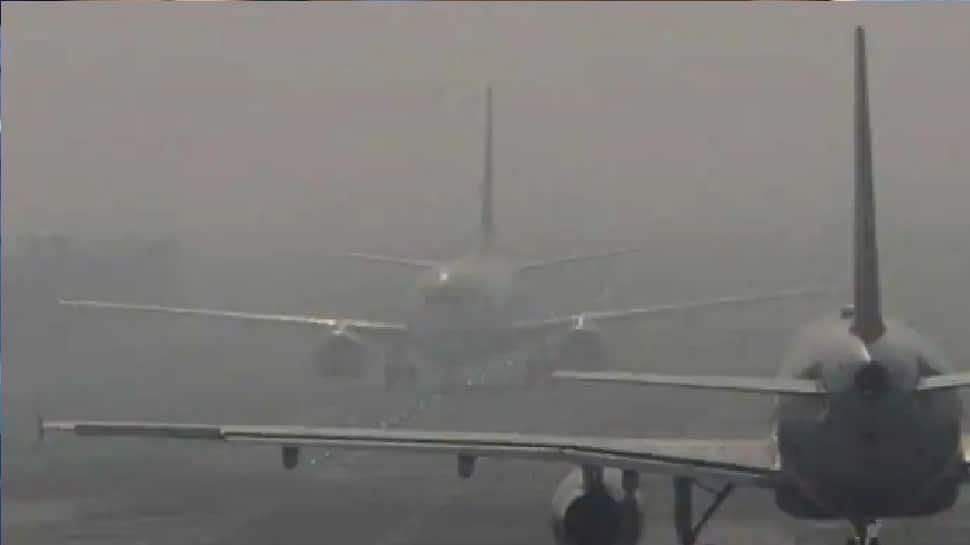 The national capital has been waking up with dense fog along with zero visibility for a long time now. This has led to various train and flight delays causing inconvenience to the passengers. Today (January 20) several flights which were scheduled to depart from Delhi`s Indira Gandhi International Airport were delayed due to fog, however, no flight diversions were reported till 7 am, as per airport authorities. The national capital witnessed mist on Saturday morning with maximum and minimum temperatures recorded at 23 degrees and 10 degrees Celsius according to India Meteorological Department (IMD). Further, IMD predicts rainfall/thunderstorms in various states.

“I came from Punjab and I am going to London. The flight was scheduled to depart at 10.50 am but due to fog, it will now depart at 12.45 pm. I hope it doesn’t get cancelled altogether,” a passenger at Delhi airport said.

According to the IMD reports, “Light/moderate isolated to scattered rainfall/thundershower is likely predicted over Punjab, Haryana and Chandigarh, north Rajasthan and West Uttar Pradesh on January 23 and increase thereafter over the area with scattered to fairly widespread rainfall during January 24 and 27 and also over Delhi during January 24 to January 27.

“Isolated hailstorms are also likely over Jammu & Kashmir, Ladakh, Gilgit, Baltistan, Muzaffarabad, and Himachal Pradesh on January 23 and January 24. Also over Uttarakhand, Punjab, Haryana, and Chandigarh on January 24,” IMD said. IMD further informed that there will be no cold wave conditions over north India during next week. Earlier the IMD predicted that fresh western disturbances would affect the western Himalayan region from January 20 to January 26.

“An active Western Disturbance is very likely to affect northwest India from January 21 to January 25. Under its influence, rainfall/snowfall is likely to commence over the western Himalayan region in the early hours of January 21 and continue till January 25 with peak activity on January 23-24,” the IMD said in a statement. The weather office further added that a light to moderate hailstorm is likely at isolated places over Jammu, Himachal Pradesh, Uttarakhand, Punjab, Haryana, Chandigarh, Delhi, west Uttar Pradesh, and north Rajasthan on January 23 and 24.