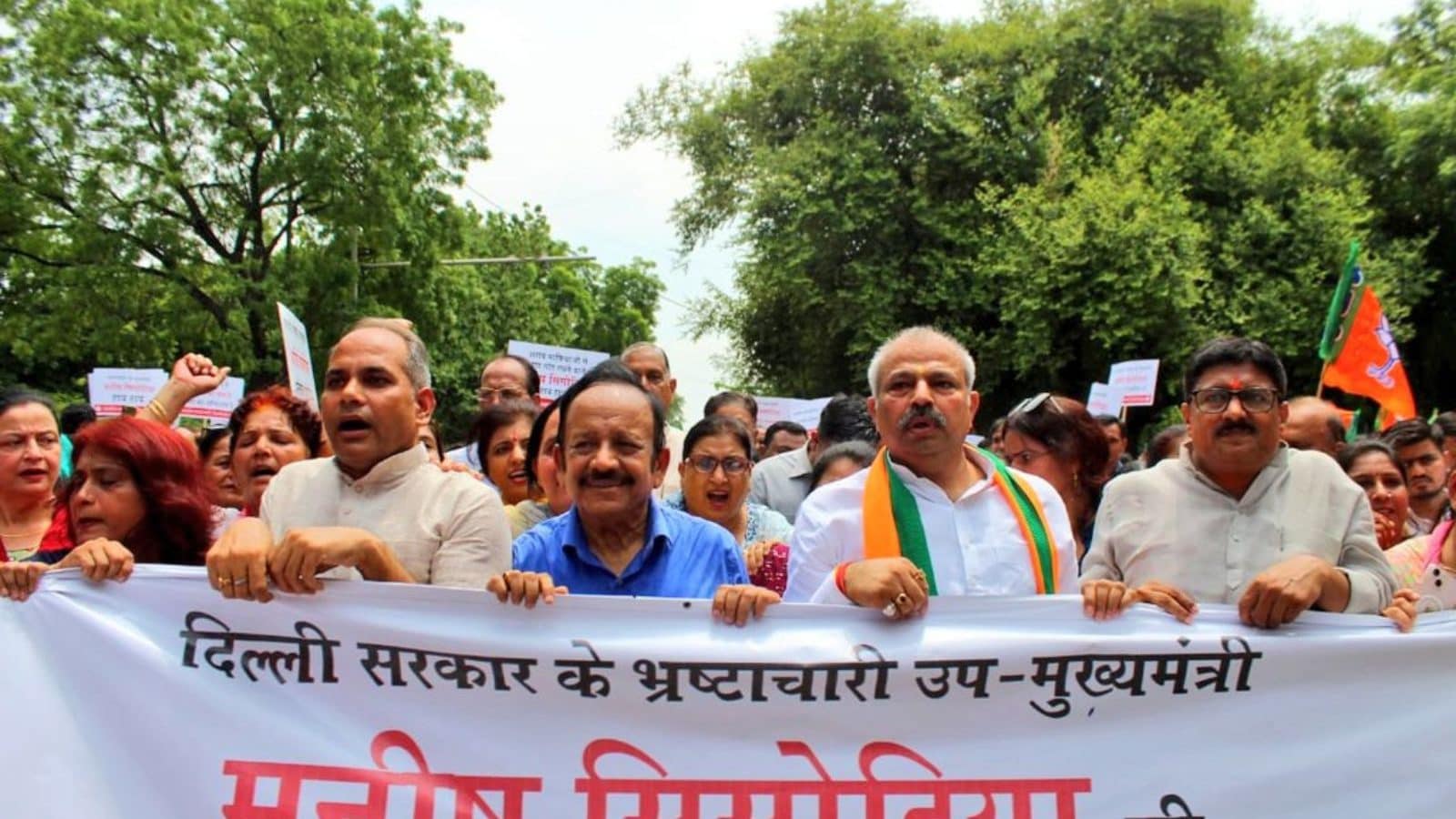 Delhi BJP on Monday staged a protest near Chief Minister Arvind Kejriwal’s residence in Civil Lines area here against the alleged irregularities in the AAP government’s excise policy. Attending the protest, Delhi BJP president Adesh Gupta said Kejriwal should expel Deputy Chief Minister Manish Sisodia from his Cabinet as he is ”accused number one” in the case registered by the CBI.

”Kejriwal is the kingpin of the whole scam in which liquor mafia was allowed to loot at the expense of state exchequer,” he alleged. Gupta said Delhi BJP workers will go door-to-door across the city to tell the people about the ”corruption and excise scam” committed by the Kejriwal government.

A probe is underway by the Central Bureau of Investigation (CBI) into the alleged irregularities in the Delhi government’s Excise Policy 2021-22. The agency has filed a FIR against 13 people and two companies in connection with the alleged violations of rules and procedural lapses in the implementation of the policy.

The CBI had raided the residence of Sisodia, who also holds the excise portfolio in the Kejriwal government, on Saturday. Sisodia has said that the AAP government is not against the probe but the targeting of Kejriwal by the BJP-led central government.

There is no scam in the policy and it was implemented transparently, he had also said. The Kejriwal government had withdrawn the excise policy after Delhi Lieutenant Governor V K Saxena recommended a CBI probe into its implementation last month.

Neither the Kejriwal government nor AAP has given any reason behind scrapping of the policy.