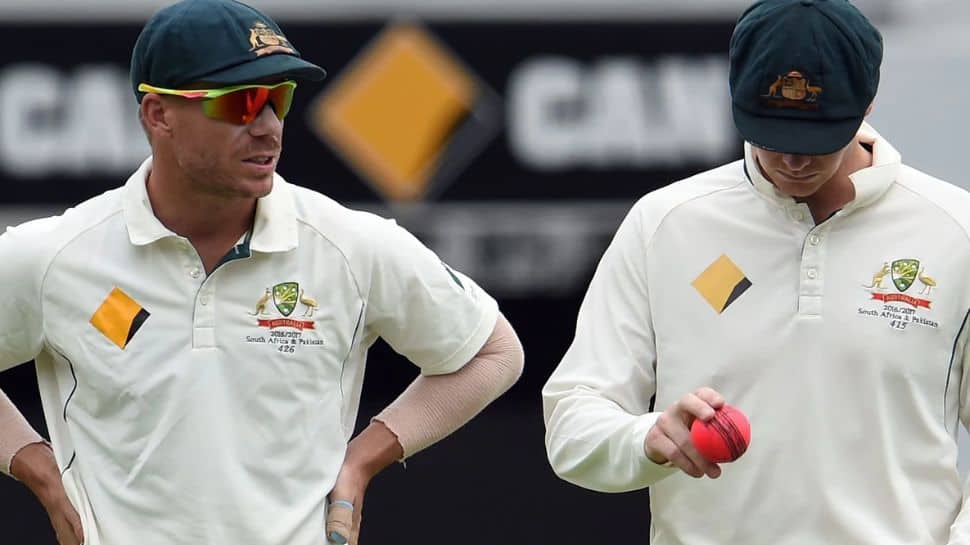 After signing a two-year deal with Sydney Thunder to return to the Big Bash League, star opener David Warner has called on Cricket Australia (CA) for overturning his lifetime ban on holding any captaincy position. Warner was the most heavily punished of the three players involved in the 2018 ball-tampering incident against South Africa in Cape Town — alongside Steven Smith and Cameron Bancroft. The left-handed batter was prevented from holding any leadership position in Australian cricket for the rest of his career. However, there is growing sentiment that the decision needs to be overturned to allow Warner to captain in the BBL at least, an ESPNcricinfo report said. Thunder will also need a new captain for the 2022-23 season after Usman Khawaja moved to Brisbane Heat.

“That hasn’t really been brought to the table. As I’ve said plenty of times off the record, it’s upon the board to reach out to me and open their doors. Then I can sit down and have an honest conversation with them,” Warner said on Sunday. “The board has changed since back in 2018 and when all those sanctions were dealt with. It would be great to have a conversation with them and see where we are at,” he added.

Notably, Australia Test captain Pat Cummins has been a strong supporter of overturning the ban on Warner.

“I don’t see why not. He’s a brilliant leader. I hope so,” Cummins said at the recent Chappell Foundation dinner at the SCG. Meanwhile, Smith, who was captain at Newlands in 2018, was given a two-year leadership ban and last year led Australia in the second Test against England in Adelaide when Cummins was ruled out due to being a Covid-19 close contact. However, regardless of whether he has a captaincy position in Australian cricket again, the 35-year-old Warner believes he can play a leadership role.

“I’ve got the experience, I’m a leader in the side anyway without having a title. That’s what I’m about, giving back, so if they [younger players] can pick my brains in any way, my phone is always there, they have my number, and they can see me when I’m at the practice facilities,” he said. When announcing Warner’s signing, Thunder said a decision on the club’s captaincy would “be made closer to the start of the season”.

US has record performance in 145-69 rout of South Korea

Did Nostradamus Predict Queen’s Death? Book on Astrologer Sells Like Hot Cakes, Has News on ‘Unexpected King’ Too