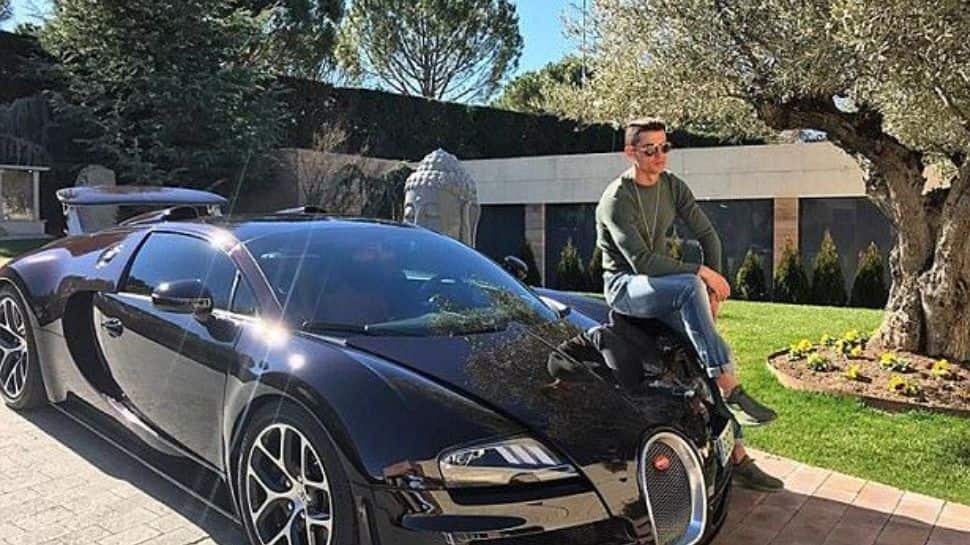 The recent accident of Cristiano Ronaldo’s Bugatti Veyron has brought his super sports car into the discussions. Before we start, it is imperative to note that the Manchester United star was not in the car at the time of the incident; based on reports, the car was being driven by one of the Portuguese star’s employees. But even though the football star’s Veyron is destroyed, he still has plenty of good cars or rather a collection of Bugatti’s to have the feel and fun that a super sports car like Bugatti Veyron offers. We have listed the models he owns from the super car maker to introduce you to his Bugatti collection.

The Bugatti Veyron is one of the very few cars in the world that are synonymous with the word speed. Ronaldo’s Veyron is one of his very special cars as he bought the car after winning the 2016 Champions Trophy League. The car is a mechanical representation of Portugal’s victory over France in the Football world cup. What makes it even more unique is that only 450 of these models have been built. Moreover, the car had a price tag of £1.7m at the time Cristiano Ronaldo added the car to his garage. The Bugatti Veyron is capable of going from 0-62 mph in a mere 2.6 seconds and has a top.

After Veyron, Cristiano Ronaldo’s love for supercars or a Bugatti manifested in the form of the Bugatti Chiron. The exclusive hyper-car is a prized possession of the football star, which was bought by him to celebrate his 410th and 411th goals for Real Madrid. Moreover, the car is exclusively customised for the Portuguese star and has a price tag of $2.61 million. To give you an idea of why the car has such a price tag, you should know that the Chiron is powered by a roaring W12 engine taking the car to a top speed of 420 kmph. In addition, the car only has 500 units in the whole wide world.

Just like the other Bugatti’s owned by the Manchester United’s star, the Bugatti Centodieci also marks one of the important milestones of his life, i.e., his 36th birthday and Juventus’s 9th Serie A title. The special supercar has an even more special price tag of €8 million, which is completely justified as it is a limited-edition car with only ten units in existence. Even with different prices and different numbers of units, speed is the one trait that is common throughout all the models of the French carmaker. The Bugatti Centodieci is capable of accelerating from 0-100 km/h in just 2.4 seconds, which will actually make you feel quite a few Gs if you are not in the comfort of the car’s cabin.

The Bugatti La Voiture Noire’s name translates to ‘The black car.’ The car is probably the sun of Bugatti’s solar system built on the company’s 110th anniversary, brought before the world. The car also carried the title of being the world’s most expensive car, priced at $12.5 million. At the unveiling, the company’s executive Stephan Winkelmann mentioned that the car was already sold. Since then, rumours have been spreading that Cristiano Ronaldo is the owner of the exclusive car.