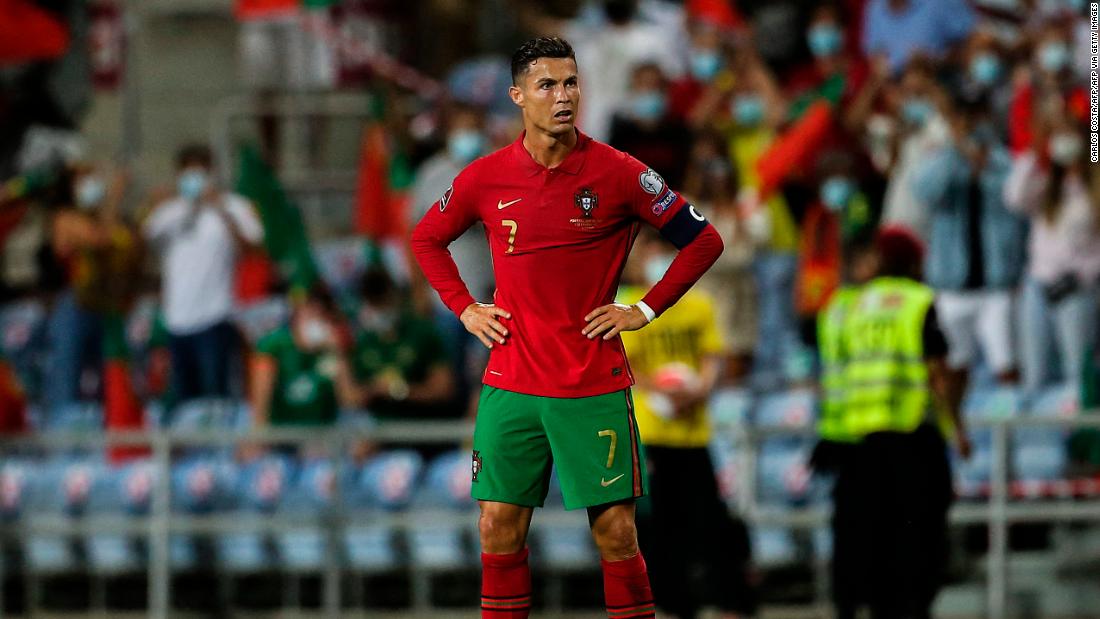 One of his acts of charity was paying for the brain surgery of a 10-month-old boy. Other acts have included raising money for survivors of the 2004 Indonesian tsunami and paying for treatment for a 9-year-old cancer patient.
His father named him after US President Ronald Reagan.

June-July 2004 – Represents Portugal in the UEFA Euro and scores a goal in the tournament opener. This is his first major international tournament.

July 2004 – Plays for Portugal during the Summer Olympics. Portugal is eliminated in the group stage.

2005 – Wins the FIFPro Special Young Player of the Year award.

October 2005 – Comes under investigation for an alleged sexual assault but is not charged.

December 15, 2013 – Opens a museum dedicated to his football career in his hometown of Funchal, Portugal.

January 20, 2014 – Is named Grand Officer of the Order of Prince Henry.
October 17, 2015 – Officially becomes Real Madrid’s all-time leading goalscorer in the club’s 3-0 victory over Levante at the Santiago Bernabeu stadium.
November 9, 2015 – The documentary “Ronaldo” premieres in London.
November 8, 2016 – Signs a “lifetime” endorsement deal with Nike.
January 2017 – Is named the inaugural Best FIFA Men’s Player of 2016.
June 13, 2017 – Is accused of defrauding Spanish authorities of $16.4 million in tax between 2011 and 2014.
August 14, 2017 – According to the Spanish Football Federation, Ronaldo is banned for five games following his red card in Real Madrid’s 3-1 victory over rival Barcelona. On top of the one-game ban for the red card, he will miss four further games for pushing referee Ricardo De Burgos Bengoetxea as he was leaving the field.
October 23, 2017 – Wins the FIFA Best Men’s Player Award for the second year in a row.
December 7, 2017 – Claims his fifth Ballon d’Or, equaling the record set by eternal rival Lionel Messi.
July 10, 2018 – Leaves Real Madrid to join the reigning Serie A champion Juventus, based in Turin, Italy, on a four-year contract and a reported $117 million transfer fee.
September 27, 2018 – Kathryn Mayorga files a lawsuit in Clark County, Nevada, accusing Ronaldo of raping her in a Las Vegas hotel room in 2009. She seeks to void a settlement and nondisclosure agreement she says she was coerced to sign by Ronaldo and his legal team. Ronaldo denies the allegations.
January 10, 2019 – Las Vegas police spokeswoman, Officer Laura Meltzer, confirms that in the course of investigating a rape allegation against Ronaldo they have sent a warrant to authorities in Italy requesting a sample of his DNA.

January 22, 2019 – Ronaldo agrees to settle his tax fraud case with Spanish authorities by paying a fine of $21.6 million and accepting a 23-month suspended prison sentence. Under Spanish law, first-time offenders can avoid prison time if the sentence is under two years.

April 20, 2019 – Juventus defeats Fiorentina 2-1 to claim the Italian championship Serie A title. Ronaldo becomes the first player ever to win titles in the Premier League (with Manchester United), La Liga (with Real Madrid) and Serie A (with Juventus).
May 8, 2019 – The lawsuit filed in Clark County, Nevada, accusing Ronaldo of rape is voluntary dismissed by Mayorga. Larissa Drohobyczer, Mayorga’s attorney, tells CNN that “The state case was dismissed by us because we filed the identical claims in federal court due to federal court rules on serving foreigners, we basically just switched venues, but the claims remain.”
July 22, 2019 – The Clark County District Attorney’s office says that Ronaldo will not face sexual assault charges in Las Vegas. The office says the allegations, which were first made in 2009, cannot be proven beyond a reasonable doubt.
August 16, 2019 – Federal court documents reveal that following Mayorga’s 2009 accusation of rape, Ronaldo paid Mayorga $375,000 in a settlement and confidentiality agreement. Mayorga is asking the court to invalidate the agreement on the grounds that Ronaldo and his legal team took advantage of her fragile emotional state to coerce her into signing it.
September 8, 2020 – Scores his 100th international goal in Portugal’s Nations League match against Sweden, becoming just the second man in history to reach the milestone.
October 13, 2020 – Has tested positive for coronavirus, according to a statement by the Portuguese Football Federation.

October 6, 2021 – A federal judge recommends that the rape case against Ronaldo be dismissed, because Mayorga’s attorneys improperly obtained and used information from leaked documents. On June 10, 2022, the case is dismissed.
March 12, 2022 – Scores his 806th career goal against Tottenham, breaking FIFA’s all-time record for most goals in competitive matches in men’s football history.
April 18, 2022 – Ronaldo and his partner, Georgina Rodriguez, announce that one of their newborn twins, a boy, has died.