Congress under attack in Rajasthan ahead of polls over remarks by Pilot, Gehlot 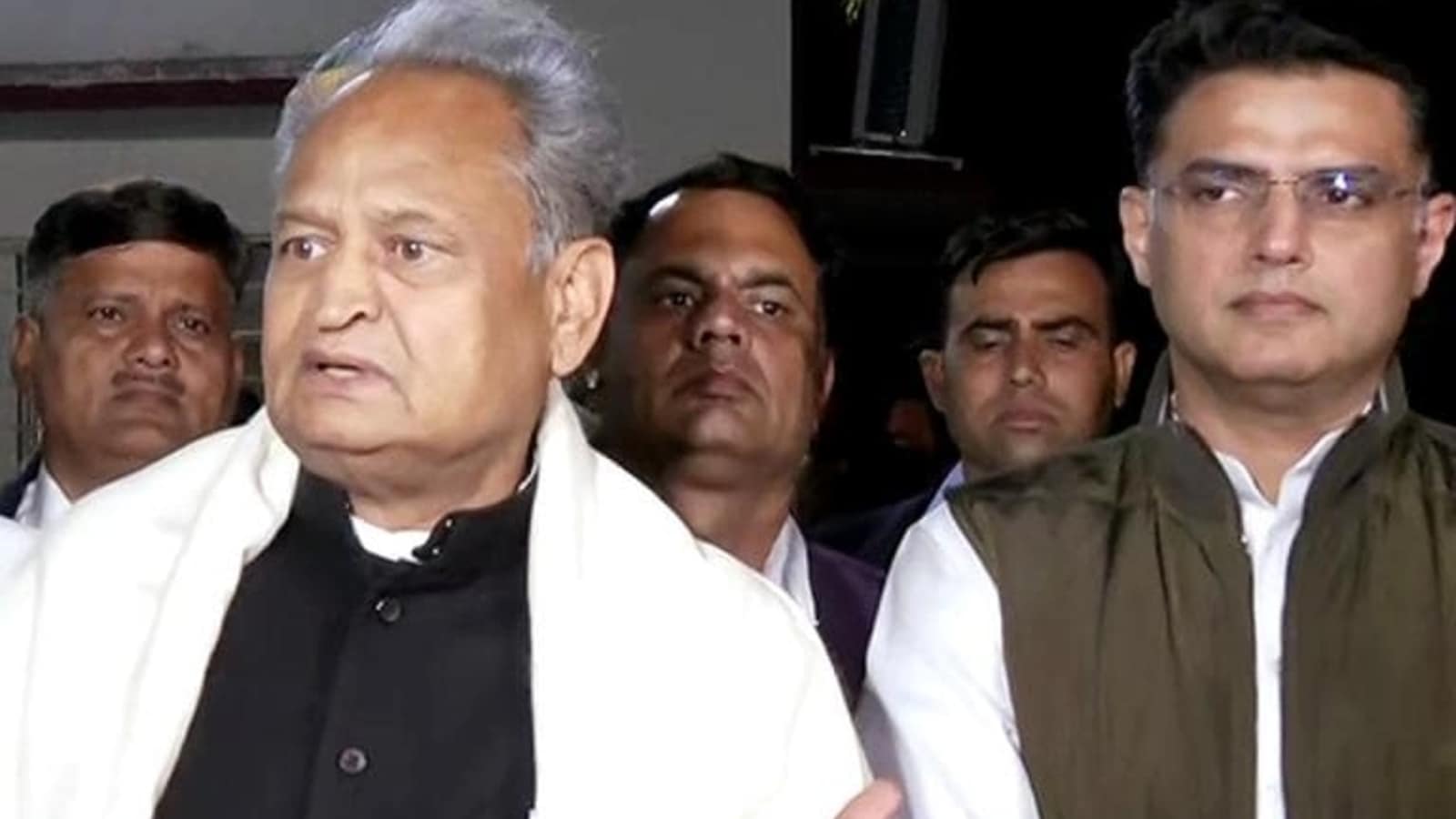 While the Congress has been making intense attempts at reviving its mass connect across India with its Bharat Jodo Yatra ahead of the mega poll season, Rajasthan seems to be witnessing internal rift yet again between Chief Minister Ashok Gehlot and his former deputy Sachin Pilot. This week, comments made in public by the two leaders have brought the ruling grand old party under attack from the rival BJP yet again months before the assembly polls are due in the state.

After Pilot’s ‘Jadugar‘ (magician) remark over the paper leak case probe, in an apparent attack on his own party’s government, which was followed by Gehlot’s ‘corona(virus) in the party’ comment, the leaders of the BJP have been hitting out at the Congress.

“Now when the former deputy chief minister and one of the tallest leaders of the party is raising questions on the working of the party, then the chief of the government, and his leaders, should understand the pain of the public,” Union Minister and BJP leader GS Shekhawat was quoted as saying by news agency ANI. “It’s not only Sachin Pilot who raised questions. Ashok Gehlot’s ministers and MLAs keep questioning their government. The state government and its chief keep patting themselves on their back for implementation of schemes, but state ministers and MLAs puncture the bubble,” he further added. Earlier, BJP spokesperson Shehzad Poonawalla had posted a video asking Rahul Gandhi to first unite his party leaders before trying to unite the country.

Sachin Pilot’s loyalists are also expressing their displeasure publicly. “If coronavirus has crept in, a vaccination is needed. If the right vaccine doesn’t come at the right time, results would be lethal for entire Rajasthan,” Ved Prakash Solanki, Congress MLA and Pilot loyalist, said in response to the Chief Minister’s comment.

Months after he had called Pilot “nikamma” (useless) in an interview with NDTV, Gehlot was reported to have made the “big coronavirus has entered the party” remark earlier this week in a tacit reference at the Congress leader, triggering laughter from colleagues sitting around. The video has been widely shared on social media.

This was after Pilot – at an event – questioned the claims that no government official was involved in the paper leak case, which was recently reported in the state.

“Are kaha ja raha hai koi adhikari, koi neta isme shamil nahi tha.. to paper ki copy to tijori me hoti hai… yeh to jadugari ho gayi. Koi Jadugar hi hoga. (It’s being said that no leader or officer was involved in the paper leak case. But the paper’s copy is locked up. Some magician must be involved then),” Pilot said earlier this week.

On Friday, he seemed to be yet again stepping up the attack. “You get respect when you give respect,” he said at a gathering. He even seemed to be asking the crowd the terms using against him. “You can’t take back what you say once.”

“When polls come, we oppose each other. It should be done on the basis of issues. The topics I spoke on in the last five days were based on issues of farmers and youth. There were no personal attacks on anyone. It’s easy to indulge in personal attacks and speak foul language,” he further said.