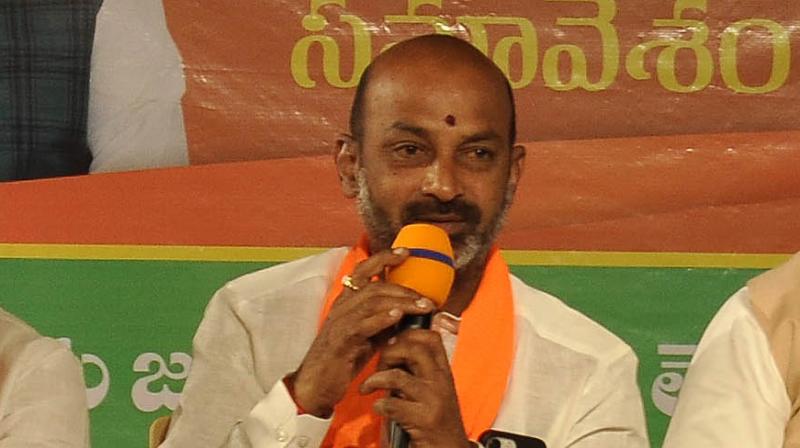 HYDERABAD: Thursday’s violent protests by Congress workers in the city indicated that the party and the TRS were in cahoots, BJP state chief Bandi Sanjay Kumar said. “Otherwise, how can the events be explained? When the BJP wants to hold a peaceful protest or march, our party leaders are placed under house arrests. But Congress leaders and workers were allowed to run amok in the city,” he said.

Congress leaders made it clear in advance that they will show their might during the protest but the police remained silent spectators, Sanjay said.

BJP vice-president D.K. Aruna said the way the Congress protest played out indicated that the protesters were set to attack Raj Bhavan. “Why was this situation allowed to develop when our party leaders are not even allowed to leave their homes for a protest,” she asked.

Addressing reporters on the sidelines of an event, where RSS chief Mohan Bhagwat speaking, in Nacharam, said, “Were they protesting about problems faced by people? They were not. All they did was to destroy public and private properties,” Sanjay said.

He said that the Congress leaders should remind themselves of the instances wherein Opposition leaders were questioned by central agencies during the party’s rule at the Centre.

“Just because the Congress president and her son have been summoned for questioning, these leaders are taking to the streets. What is there to fear? Even Prime Minister Narendra Modi and home minister Amit Shah faced such questioning in the past,” Sanjay said.