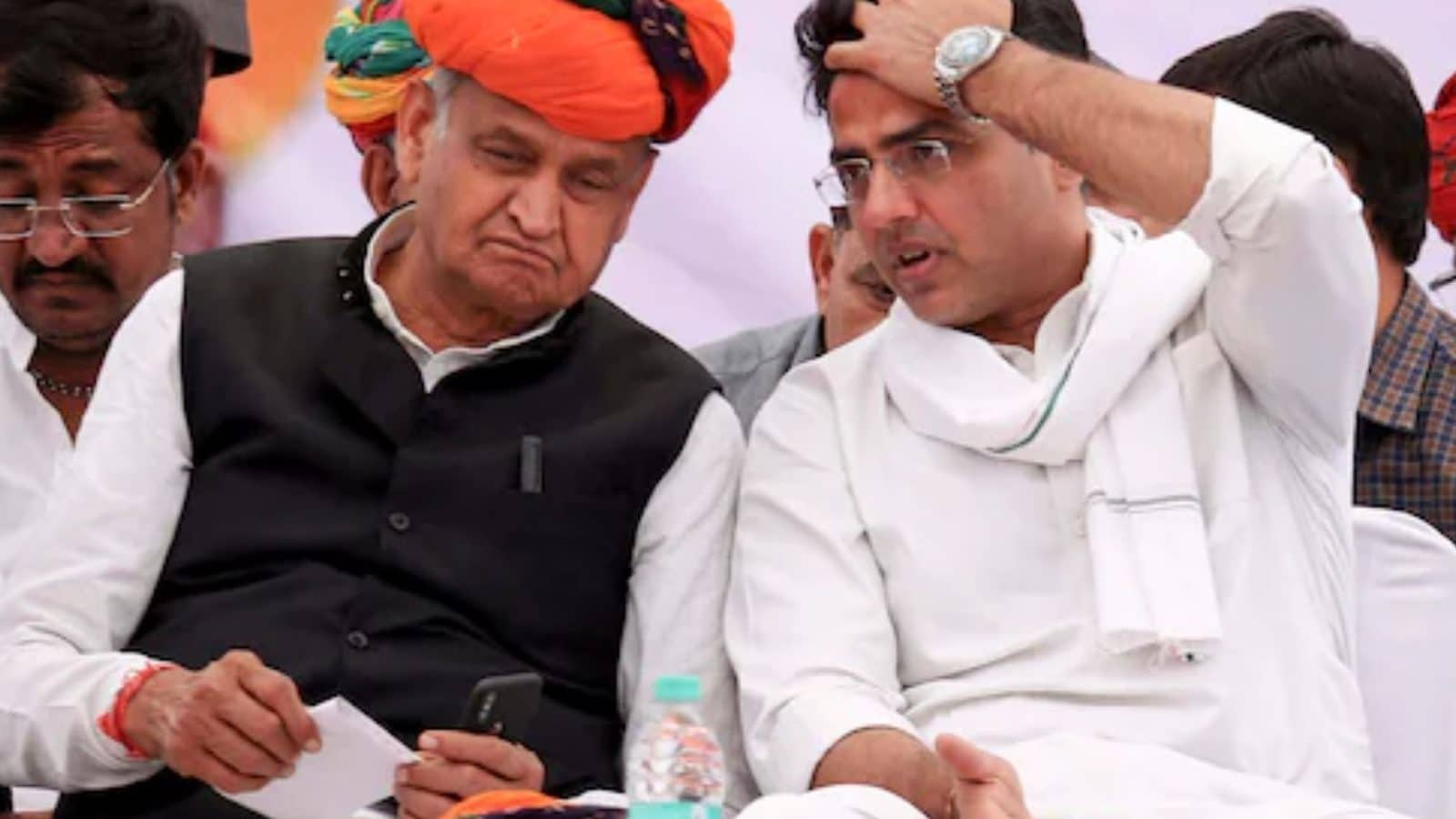 Congress Presidential Poll Updates: Amid much confusion over whether Ashok Gehlot, one of the frontrunners for the Congress President post, would step aside as Rajasthan Chief Minister if assuming the party leadership, a positive signal has come from the leader.

Gehlot, who had declared his intention to continue as Rajasthan chief minister even if elected as Congress president, backed down after Rahul Gandhi stated that the new party chief would have to follow the “one man, one vote” principle. According to a report by the Times of India, Rahul said, “What we decided in Udaipur is a commitment of the Congress. So I expect that the commitment will be maintained.” Immediately afterwards, Gehlot termed Rahul’s position “correct”, saying that no Congress president has ever been a chief minister.

Meanwhile, Sachin Pilot is seeing support from the Rajasthan leadership to become the replacement of Gehlot in Rajasthan. The leader is expected to stay in Delhi and meet the party brass today, said sources.

Latest developments on the issue:

• Will Support Pilot as CM: Rajasthan Minister: Rajasthan minister Rajendra Gudha, one of the six BSP turned Congress MLAs, on Thursday said they would not oppose if Sachin Pilot is made the chief minister in case Ashok Gehlot becomes the party president and quits the CM post. Gudha, who is Minister of State for Panchayati Raj and Rural Development and considered close to Gehlot, cleared his stand that he is not with any face and said the six MLAs would support anyone whom the party high command chooses to run the government. “We are with the decision of the party leadership. Whatever decision Sonia ji, Rahul ji and Priyanka ji take, we all six will welcome that. We are with the party,” Gudha told reporters here. “Even if Bharosi Lal ji is made (CM) by Sonia ji, we are with him,” he said when asked whether he would oppose if Sachin Pilot is made the CM. Bharosi Lal is a Congress MLA. The BSP turncoats had supported Gehlot during political crisis in July 2020 after the then deputy CM Sachin Pilot revolted against the Rajasthan CM.

• Gourav Vallabh Supports Gehlot, Bashes Tharoor: Congress leader Gourav Vallabh on Thursday hit out at Shashi Tharoor over his probable AICC president poll bid, saying his “only major contribution” to the party was to send letters to Sonia Gandhi when she was hospitalised. In the first indicator of leaders taking sides in the upcoming contest for the top post, Vallabh also voiced support for another likely contender, Rajasthan Chief Minister Ashok Gehlot, who many believe has the backing of the current leadership. However, Congress president Sonia Gandhi is learnt to have told both Gehlot and Tharoor that she would remain “neutral” in the polls. “The choice is very simple and clear,” said Vallabh on Twitter.

In a late night tweet, Tharoor posted former US president Theodore Roosevelt’s famous speech known as “The Man in the Arena”. “It is not the critic who counts; not the man who points out how the strong man stumbles, or where the doer of deeds could have done them better. The credit belongs to the man who is actually in the arena who at the worst, if he fails, at least fails while daring greatly, so that his place shall never be with those cold and timid souls who neither know victory nor defeat,” Roosevelt said in the speech posted by Tharoor.

• Congress Sets Ball Rolling: The Congress on Thursday set the ball rolling for electing its chief by issuing a notification and a contest for the top party post appeared imminent after a gap of over two decades with senior leaders Ashok Gehlot and Shashi Tharoor looking set for an electoral face-off. In comments seen as yet another indication that he may not contest, Rahul Gandhi told those willing to run for the party presidency that the post was not just organisational but also “ideological” and that the person occupying it must remember that it represents a belief system. Gandhi also batted for the “one-man, one-post” concept in line with the Chintan Shivir reforms earlier this year. His assertion came a day after Gehlot hinted that he would like to continue as the chief minister even while assuming the post of party president. Gandhi’s definitive remark indicated that Gehlot may have to quit as chief minister if he takes on the mantle of party president but suspense persisted over whether he would get a person of his choice to helm the Rajasthan government, or the post would go to his bete noire Sachin Pilot.

Cong Prez Polls: Tharoor to Kickstart His Campaign from Nagpur, to Visit Deekshabhoomi