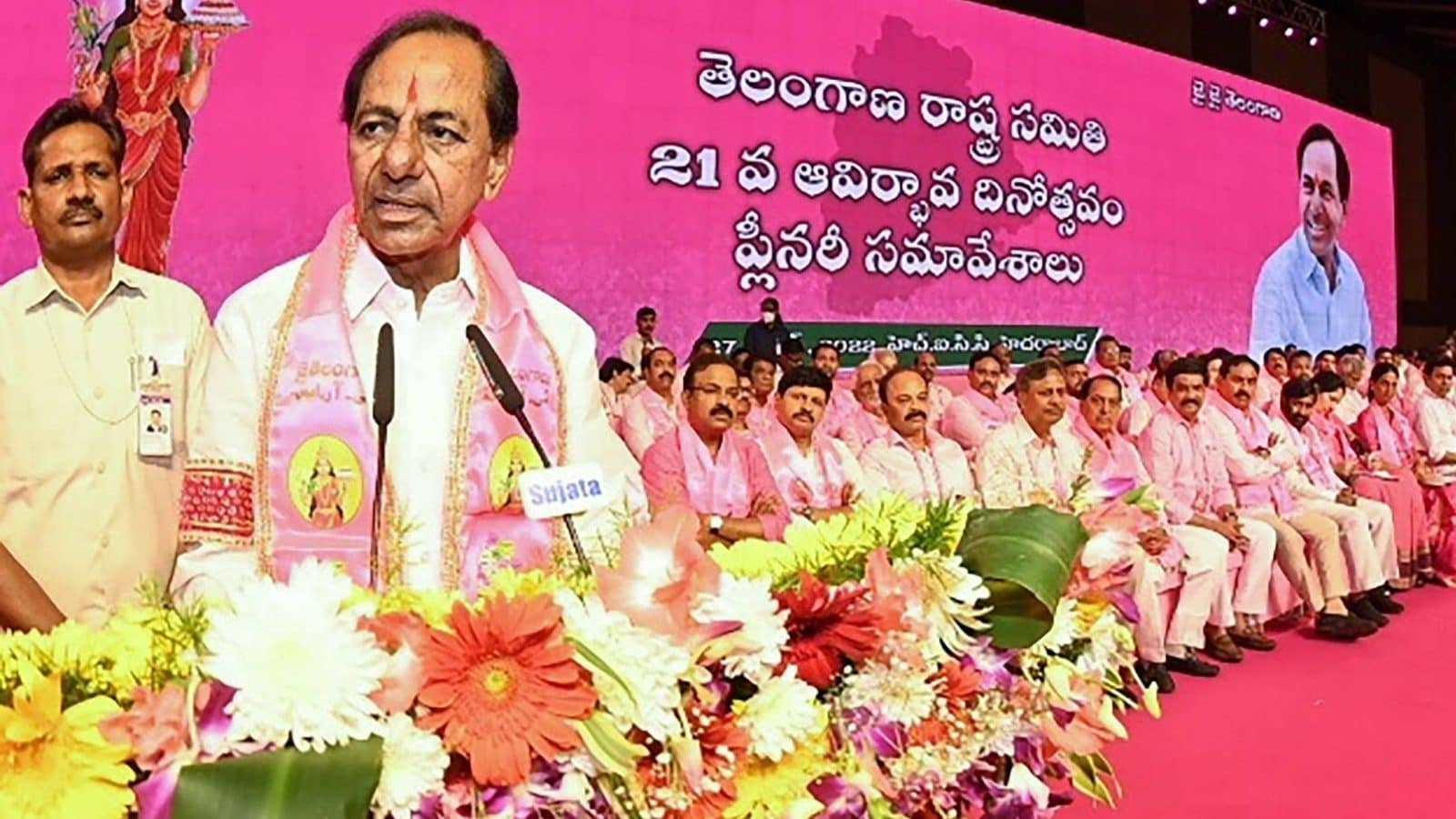 The Telangana Rashtra Samithi (TRS) will not participate in the Mamata Banerjee-led joint opposition meeting in Delhi on Wednesday to discuss the presidential elections.

Sources within the TRS point out that party chief K Chandrasekhar Rao is firm on not sharing any platform with the Congress, even as he preps the ground for a bigger role in national politics.

“Congress is our main rival in Telangana. There is no question of sharing the same platform as them. We have already communicated our stand,” a senior party member told News18.

Besides the regional rivalry with the Congress, there are several other factors at play. Political experts highlight that Chief Minister KCR, who is looking at venturing into national politics, wants to solely focus on creating an alternative force against the BJP and Congress. Any joint space involving the Gandhi family would prove counterproductive as it will provide political fodder to the BJP to propel a narrative that the TRS and Congress have a secret understanding, which could potentially damage the party’s image in the state.

According to the senior party functionary quoted above, KCR, while chairing a high-level meeting to discuss Mamata Banerjee’s invite, also expressed displeasure over the fact that some opposition parties had already approached NCP Chief Sharad Pawar to contest in the presidential election, without taking others into confidence.

“The agenda of the meeting was to jointly discuss and propose probable names for the presidential elections, but it seems that the Congress and the TMC have already approached Pawar, who is not very keen on contesting the polls. If they have already decided on a face, then what is the point of us attending the meeting and coming up with a joint consensus?” the TRS source said.

Political analyst and former MLC K Nageshwar Rao says the larger objective of Banerjee’s opposition meeting is to project herself as the face of opposition unity and at a time when KCR is himself eyeing a national role, the decision to stay away from the meeting is a calculated move.

“With the numbers in their favour, the NDA is slated to win the presidential elections. The Opposition seems to be clearly divided. There is a rat race to project oneself as the torchbearer of joint opposition so Mamata Banerjee is doing this solely for that purpose. Why should KCR be a part of Mamata Banerjee’s self-centred efforts to project herself as a fulcrum of opposition unity?” he asked.