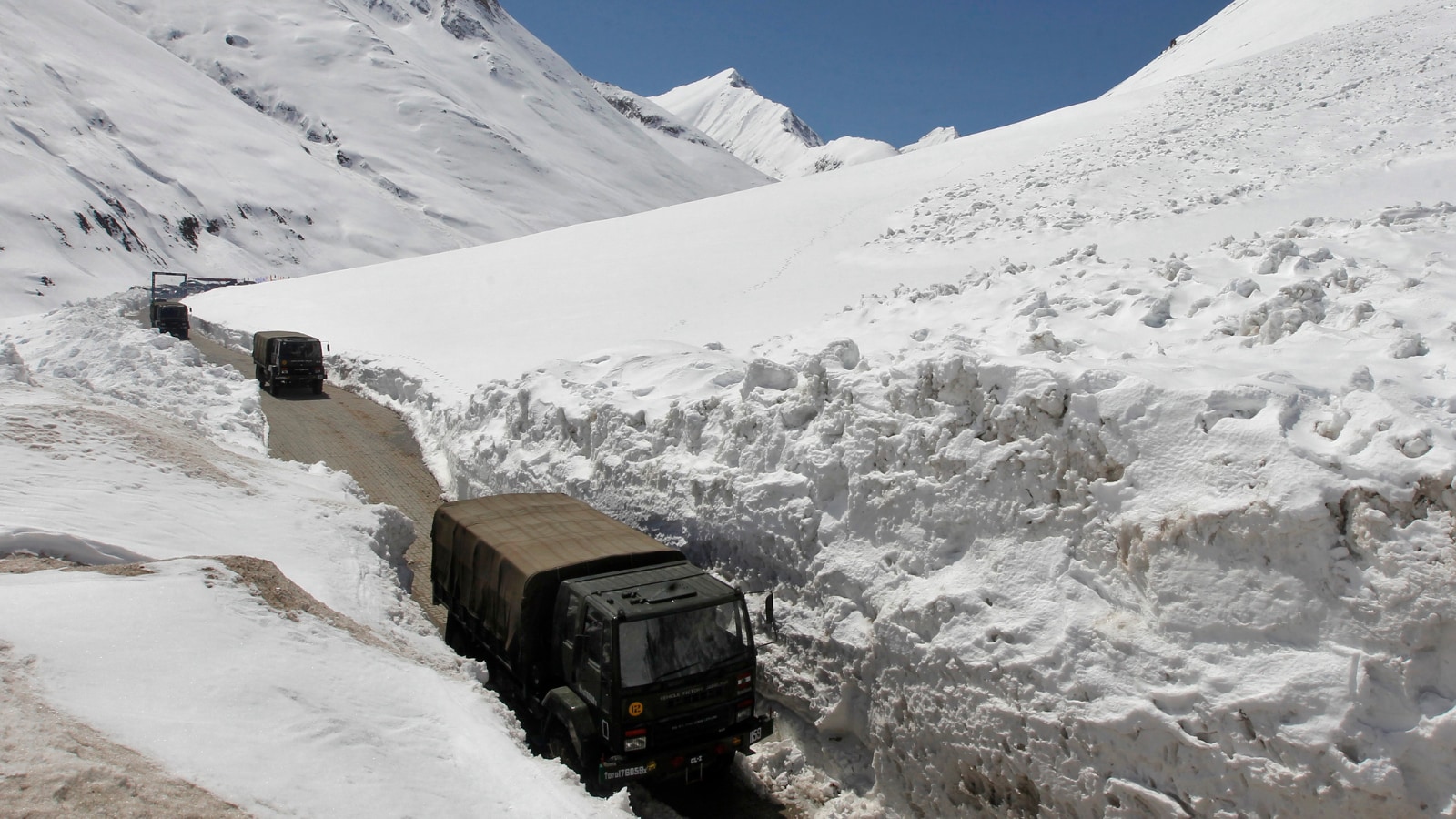 Senior IPS officer Nachiketa Jha in an article in 2021 said key border areas, including those disputed by China such as Asaphila sector and parts of Tawang (both in Arunachal Pradesh) are still not connected by road. (Representative image/Reuters)

Superintendent of Police (Leh-Ladakh) PD Nitya wrote India has lost its presence in 26 of the 65 Patrolling Points in Eastern Ladakh, which were patrolled regularly by the Indian troops earlier. Now, only the compendium of articles for 2021 is available

The secretariat of the director-general conference has removed the compendium of articles after reports of Superintendent of Police (Leh-Ladakh), PD Nitya’s write-up on India losing a certain area in the Line of Actual Control (LAC) came out.

Now, only the compendium of articles for 2021 is available.

Nitya had in her contributory article for 2022 said India has lost its presence in 26 of the 65 Patrolling Points (PPs) in Eastern Ladakh, which were patrolled regularly by the Indian troops earlier.

Though the government site where the compendium has been uploaded has a disclaimer that “The views expressed in these papers are solely the opinions and understanding of the individual authors. This in no way conveys stand of any institution.”

Nitya in her article said, “Presently, there are 65 PPs starting from Karakoram Pass to Chumur which are to be patrolled regularly by the ISFs. Out of 65 PPs, our presence is lost in 26 PPs; 5-17, 24-32, 37, 51, 52, 62 due to restrictive or no patrolling by the ISFs. Later on, China forces us to accept the fact that, as such areas have not seen the presence of ISFs or civilians since long, the Chinese were present in these areas. This leads to a shift in the border under the control of ISFs towards the Indian side and a “buffer zone” is created in all such pockets which ultimately leads to the loss of control over these areas by India. This tactic of the People’s Liberation Army (PLA) to grab land inch-by-inch is known as ‘Salami Slicing’.”

What the IB Director Said

The Intelligence Bureau director, who is also the chairperson of DGP/IG conference, said the compendium of articles has been designed according to the directions of the Prime Minister, wherein he had advised to evolve a mechanism to involve officers from various ranks, particularly those in the field, to participate in strengthening police response to emerging challenges. “It includes research papers by police officers in the field on a variety of topics of current and emerging security issues,” said Tapan Kumar Deka, a four-star police officer on par with the Army Chief.

Senior IPS officer Nachiketa Jha, who has served in the IB and is now the Inspector-General of the Uttar Pradesh Police, in an article in 2021 said key border areas, including those disputed by China such as Asaphila sector and parts of Tawang (both in Arunachal Pradesh) are still not connected by road.

He also said China has built roads at a furious pace in Tibet. In the event of hostilities with India, these roads in Tibet give China the option of rapidly deploying its forces.

“A key ingredient for development anywhere are roads. Roads may be termed as the backbone of development. Without roads proper schools and colleges, health and employment facilities are difficult to set up and maintain. Obtaining basic goods and services becomes a challenge,” Nachiketa Jha had said in his article.

The IG also said Areas of Anjaw district in Arunachal Pradesh are also not connected by roads. Since these areas have low population density, they are also subject to frequent transgressions and intrusions by the Chinese People’s Liberation Army.