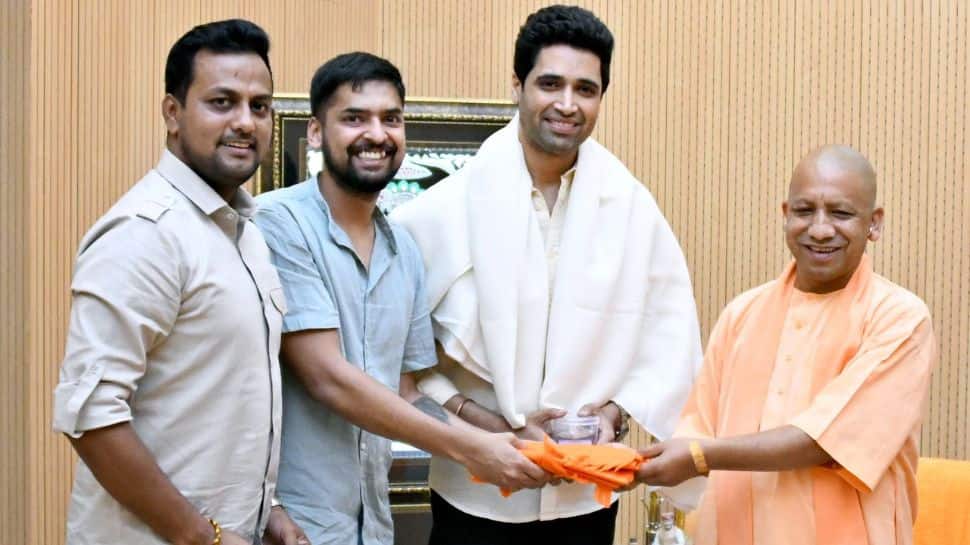 NEW DELHI: The ‘Major’ fever refuses to die down! The Adivi Sesh starrer that won him rave reviews and left audiences across the nation emotional and overwhelmed by the brave and courageous story of Major Sandeep Unnikrishnan is a favourite not only with the masses but influencers across the country.

Quite recently the Honorable Chief Minister of Uttar Pradesh, Shri Yogi Adityanath met Adivi Sesh along with Sandeep Unnikrishnan’s parents to congratulate them on the success of the film.

Adivi Sesh showed 10 minutes of the film to the Honourable Chief Minister and also invited Shri Yogi Adityanath to watch the entire film. They discussed it at length and the Honourable CM promised to spread the word and legacy of Major Sandeep Unnikrishnan to the world. Shri Yogi Adityanath ji congratulated them on making a great film and presented Adivi Sesh and Major Sandeep’s parents with a shawl and silver coin as a memento.

The actor not too long ago had also met with Maharashtra Chief Minister, Uddhav Thackeray, to discuss the plans for the Major Sandeep Unnikrishnan fund that will help CDS and NDA aspirants from remote corners of the country to receive the training, guidance and funding to pursue their dreams of serving the nation.

Says Adivi Sesh, “I’m so overwhelmed with all the love that is pouring in for the film. People from all over the country are honouring Major Sandeep’s memory and legacy and to us that is the biggest win. We recently met Yogi Adityanath ji and he had some wonderful things to say to me and Major Sandeep’s parents. He presented us with a shawl and silver coin and also felt that Major Sandeep Unnikrishnan’s legacy is one that the world deserves to honour.”