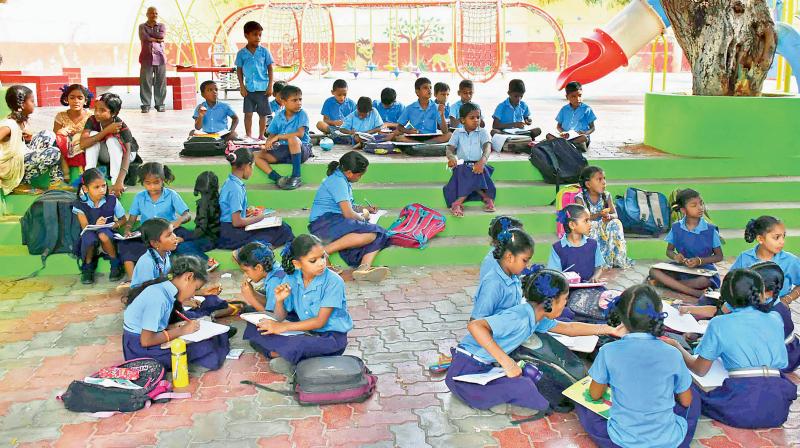 Jagtial: Political differences between a sarpanch and a Mandal Parishad Territorial Constituency (MPTC) have led to students of a government primary school being deprived of their classrooms and having to listen to their lessons under trees in public spaces of Porandla village in Jagtial district.

The issue started when the MPTC chief Soujanya got two new classrooms constructed as the ones in use were on the verge of collapse. Since the issue was taken on priority, Soujanya’s husband Tirupati had provided funds for the same and a proposal was put to the sarpanch for allotment of funds.

While the classrooms were constructed by the end of May, the village committee dithered on allotting funds.

With the fund sanction pending, Tirupati locked the classrooms ahead of the school reopening on Monday.

Sources said that sarpanch Sandhya Rani has a grudge against the MPTC chief and her husband, due to which Rs 3.2 lakh is pending.