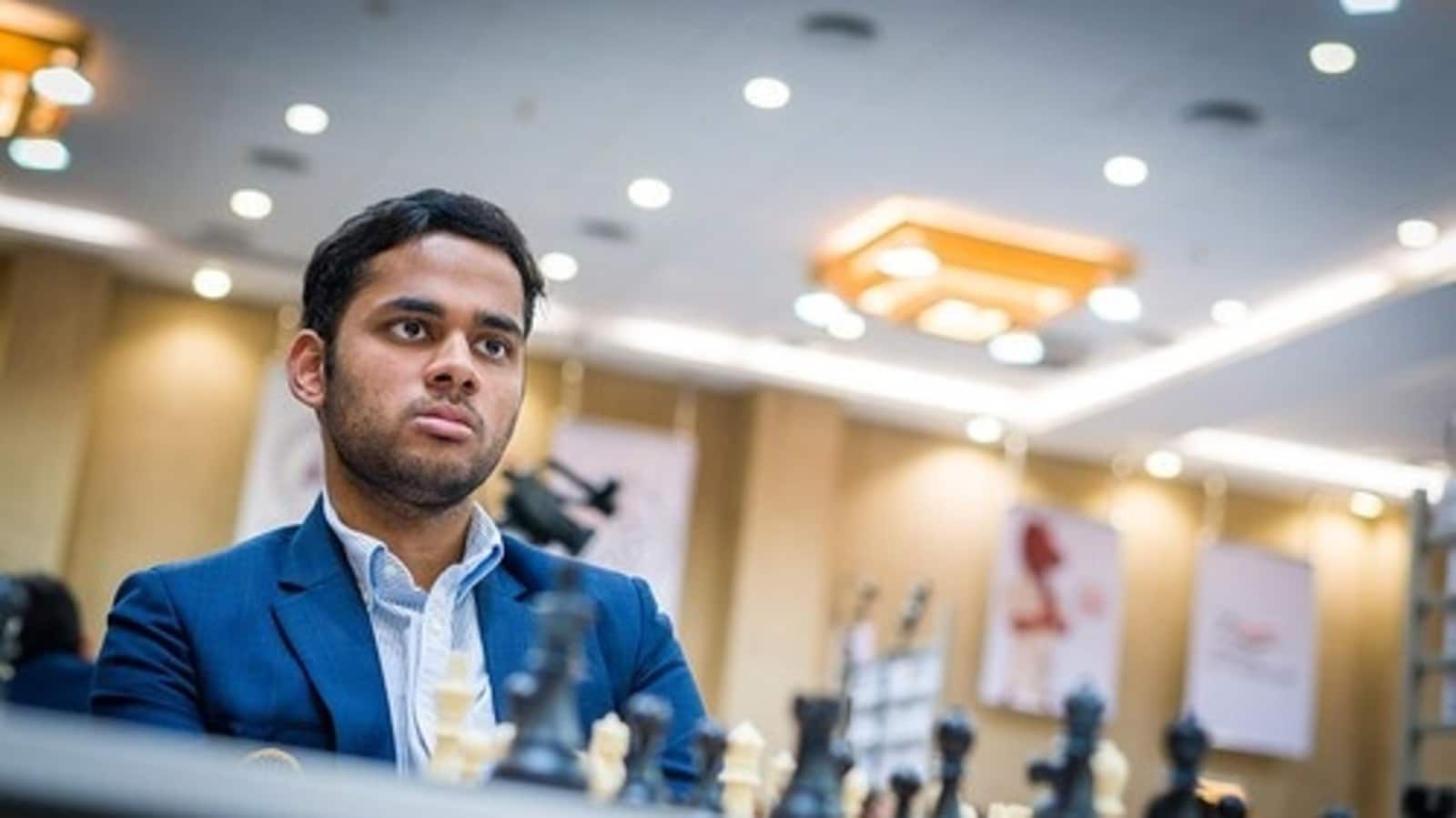 After the euphoria of a Chess Olympiad campaign that saw hosts India accomplish their best-ever finish – the B team won bronze while the A team finished fourth in the open section – you wouldn’t fault the players relaxing just for a bit.

India’s teenage stars, though, are showing no signs of taking it easy. While R Praggnanandha, who was part of the medal-winning B team, defeated Magnus Carlsen and finished second in the FTX Crypto Cup in Miami earlier this week, Arjun Erigaisi won the Abu Dhabi Masters on Thursday. The 18-year-old from Telangana stayed unbeaten while notching up a spectacular score of 7.5/9 to emerge victorious. He was a member of the India A team at the Olympiad.

“His victory is incredibly impressive,” said his coach Srinath Narayanan. “The tournament had a pretty strong field. There were a lot of players above 2600. Usually, a score of 6.5 or 7 is enough to become champion.”

Erigaisi’s most impressive win came with black pieces against Chinese Grandmaster (GM) Wang Hao in the eighth round. “Hao was part of the Candidates event in 2020,” pointed out Narayanan, who has been working with the youngster since 2020.

While teenagers Gukesh, Praggnanandhaa, Nihal Sarin and Raunak Sadhwani earned a lot of plaudits for their medal-winning exploits at the Olympiad, Erigaisi was equally impressive for a team that wasn’t quite at its best. He registered a creditable score of 8.5/11, playing all the rounds and staying unbeaten through the tournament.

“His progress in recent months has been a very pleasant surprise. He has always been capable. But sometime around 2021, he started believing in himself more. The speed and magnitude of his progress was something I did not expect,” said the 28-year-old Narayanan.

Like most of his contemporaries, Erigaisi is comfortable across formats. While his recent displays have been in classical time control, he is also the top-ranked Indian player in blitz. “He is quite universal. He is equally capable in blitz and classical. He can handle a variety of positions,” Narayanan added.

How is Erigaisi away from the chess board? “He is introverted. He takes his time to get comfortable with people. He is soft-spoken and speaks very few words,” said his coach.

As long as Erigaisi continues to improve his chess, though, there’s no need to worry. “It is very impressive that these youngsters haven’t sat back after their Olympiad showing. All of them have a lot of energy and enthusiasm for chess. A lot of older players wouldn’t have been able to do something similar,” said Narayanan, who was the non-playing captain of the India A team at the Olympiad.

Erigaisi will next feature at the Dubai Open that commences on Friday.

Ceremony and Controversy Await Harris During Visit to Asia