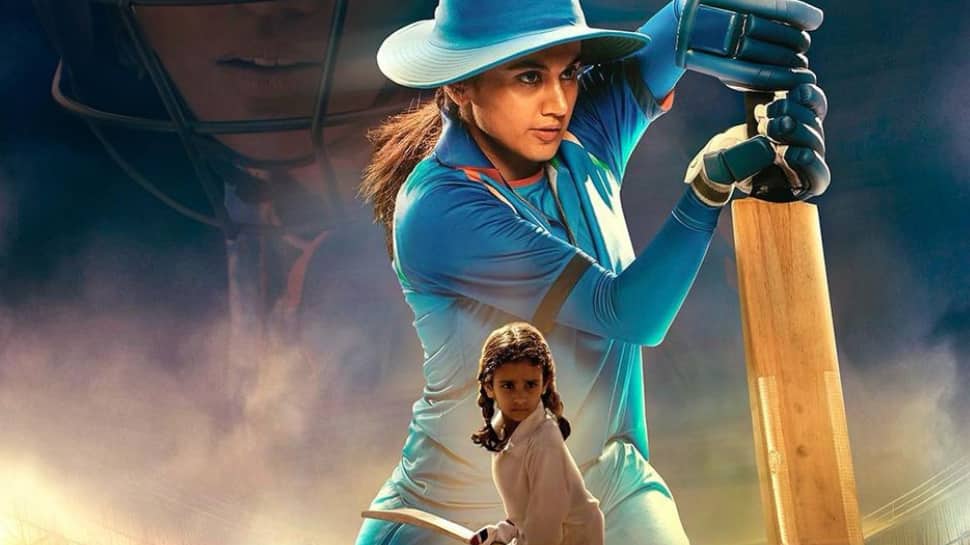 New Delhi: Actress Tapsee Pannu has time and again impressed audiences with her acting chops. The versatile actor had worked extensively in South Indian cinema before venturing into Bollywood with critically acclaimed film ‘Pink’. The actress is currently making headlines for her impressive role in ‘Shabaash Mithu’ which has been one of the most anticipated movies, wherein Taapsee will be seen playing the role of the ex-captain of the Indian women’s national cricket team Mithali Raj in the movie.

Below are our Taapsee Pannu films.

Mithali Raj, known for her record-breaking 23-year international cricket career, and scoring over 10,000 runs in ODIs. The film revolves around her path to become a great cricketer and an inspiration to billions of girls and women worldwide. The trailer highlights the dialogue ‘ Nazariya badlo, khel badal gaya’ which speaks volumes in itself. The trailer portrays the outlook of the society  on woman playing a sport versus a man playing a sport. The film will definitely inspire millions of women, aspiring to fulfill their dreams. The film is a tribute to the recently retired icon.

The film emphasizes a woman’s right to her own sexuality. Pink highlighted a dark aspect of our culture that most of us were ignorant of, it  also highlighted how women are blamed even when they are the victim. Ultimately the women triumph despite all odds, inspiring women to rise above the dominant norms of the society.

The biographical movie narrates the inspiring story of two of the world’s oldest female sharpshooters, Chandro and Prakashi Tomar, who defied ageism and took up sharpshooting in their 60s. They take up shooting after having spent several decades working in the fields, bearing babies, and performing neverending household chores. The film took women’s empowerment and gender equality to another level.

It is a story of all Indian women and their silent suffering, which is being normalised since a girl is born. Thappad depicts that standing for yourself is extremely important, even if the world goes against you.. Dialogues like “thoda bardasht karna sikhna chahiye auraton ko” shows the mentality of many people all around the world.

The film takes its major plot point from the real-life story of Dutee Chand, who was disqualified after she was found to have excessive testosterone (hyperandrogenism) after she won a race.

The film is a reality check for the patriarchal society and brings forward gender equality.