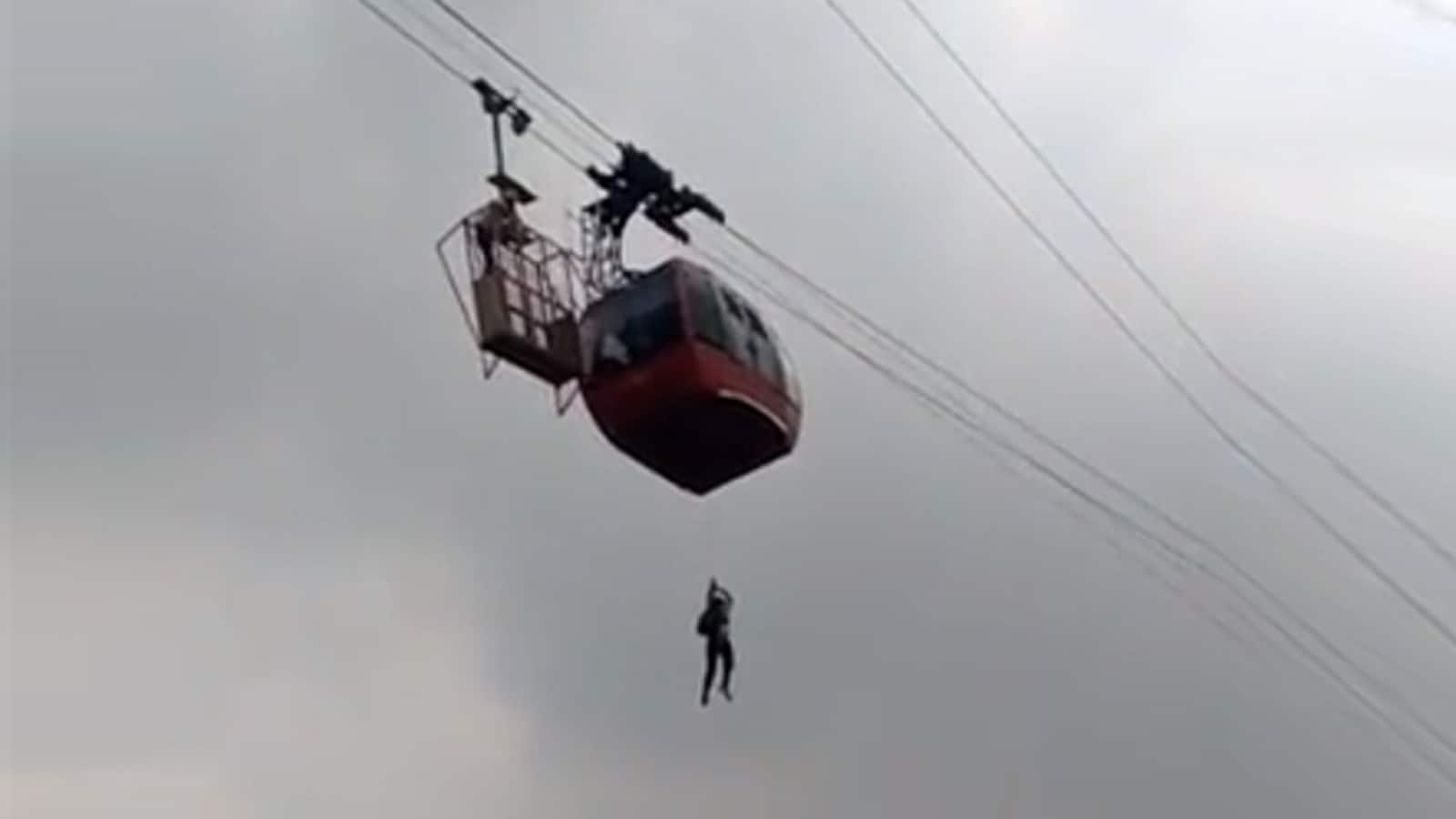 Himachal cable car incident: Five people have been rescued out of the 11 stranded people in a cable car trolly at Parwanoo Timber Trail, a senior police official said.

“Five people have been rescued out of the 11 stranded people in a cable car trolly at Parwanoo Timber Trail,” DSP Parwanoo Pranav Chauhan said.

According to the superintendent of police, Solan, another cable car trolley has been deployed to rescue them.

The technical team of the Timber Trail operator has been deployed and a police team is monitoring the situation, the SP added.

Three people had died during a cable car mishap which took place in Jharkhand’s Deoghar in April this year. Out of the three casualties, two had fallen to their death during a botched helicopter rescue attempt.

The incident took place when 12 ropeway trollies collided with each other in Jharkhand’s Deoghar district. The accident took place at Tirkut hills near the Baba Baidyanath temple. The officials said that the ropeway was managed by a private company and the operators fled the area after the accident. All other 60 tourists, who were stranded for hours after the ropeway malfunction, were safely evacuated in a marathon rescue operation.

The Jharkhand government handed over cheques of ₹5 lakh each to the next of kin of three people who died in a recent ropeway tragedy in Jharkhand’s Deoghar district.