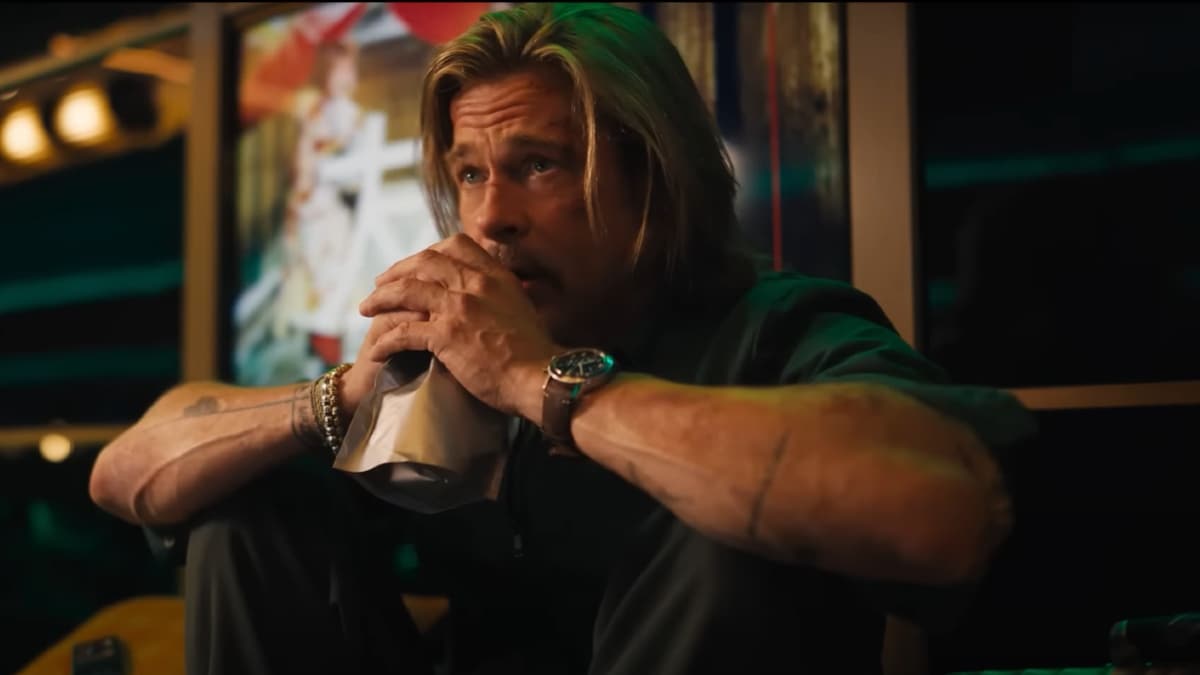 Bullet Train second official trailer is out, showing a little more action as well as giving an idea about what the film is all about. The film, directed by David Leitch, will make its debut in Indian theatres on August 5 in four languages – English, Hindi, Tamil and Telugu. It reveals that Pitt, who has a “new” codename ‘Ladybug’, is an assassin and Sandra Bullock is his unnamed handler, who assigns him a “job”. The film is based on the Japanese novel “Maria Beetle” by author Kotaro Isaka.

“Konnichiwa!” Pitt says in the first scene of the over 2-minute 30-second trailer. It teases a number of killers looking to grab a briefcase which ‘Ladybug’ has to retrieve on the Bullet Train heading from Tokyo to Kyoto. Pitt has a “biblical” bad luck due to which people die even when he “is not even trying to kill people.” He faces a bunch of trained killers, played by Michael Shannon, Joey King, Brian Tyree Henry, Zazie Beetz, and Aaron Taylor-Johnson. Looks like he might have to kill them to get the briefcase.

Bullet Train also stars Logan Lerman, Andrew Koji, Puerto Rican rapper Bad Bunny, and Hiroyuki Sanada. A small chunk of killers were teased in the first trailer released back in March. Directed by David Leitch, who is known for Deadpool 2 and Hobbs & Shaw, Bullet Train looks to be filled with action sequences and jokes to make the movie a package of fun action-thriller. The film is based on the Japanese novel “Maria Beetle” by author Kotaro Isaka.

Bullet Train will make its debut in Indian theatres on August 5 in English, Hindi, Tamil, and Telugu languages.