Building Back Better — One Community at a Time 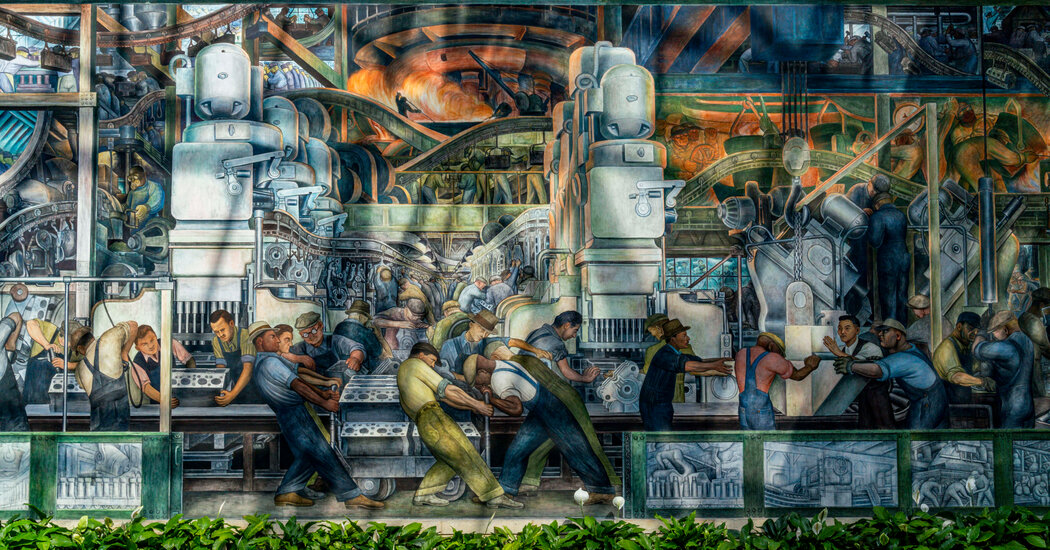 “The Fight to Save the Town” situates itself in an active nationwide debate about the nature of what it means to live together. What is the role of government? The individual? Are the best initiatives simply made up of neighbors helping neighbors? Bartering their services?

And if government is needed, should it be at the federal, state or municipal level? Some may conclude from this book that citizen self-help makes government unnecessary, but that would be a misreading. It’s when community groups start to fix things with duct tape and ingenuity that people want more for their communities. Things they will vote for. Things that they want the government to provide.

Others may think that this book offers unwavering support for government intervention. They, too, are wrong: Anderson has seen too much government action that made things worse, and some of the stories are heartbreaking. In Detroit, state and local initiatives took away people’s homes to build shopping centers, hotels and freeways that would benefit everybody — except those who lived in Detroit. “The Fight to Save the Town” advocates for complex solutions that require citizen engagement, in the hope that trusting relationships, built over time, will bring disaffected people back to active civic life.

In fact, renewed trust among neighbors could bring back more than discarded cities. We live in a time of increasing isolation; fewer and fewer Americans know even one other person to call in an emergency. We are suffering from an epidemic of loneliness, even as we live immersed in our technologies of hyperconnection. This loneliness is at the heart of growing rates of depression, drug abuse and suicide. If we learn to save our towns, we will also be learning to save ourselves.

Although Anderson tells stories of urban rebirth, her book does not conclude with any sense of a happy ending because she is describing human processes, not algorithms. In her four examples, laws providing social services have been repealed because people have had their minds changed by conspiracy theories, racism and disinformation. Community-minded candidates are routinely voted out of office — sometimes they commit an ethical lapse or neglect their job because they are doing too much fund-raising, and an inept but charismatic candidate comes around. Good works must contend with human vulnerability. Discarded cities always need new champions.

In the end, Anderson doesn’t find redemption in successes but in the human spirit that propels neighbors to come together. As she puts it, they create “a symphony for a broken orchestra.” At the end of such a symphony, you don’t say it was beautiful. The point of the concert was to make you care about the players and the music. The extraordinary people we meet in “The Fight to Save the Town” score some wins but also suffer many losses. In all cases, they regroup and get on with it. They recruit more players. Their lives and communities are enriched. Here. On earth.

TS TET Result 2022 Today, How to Calculate Marks Before Result