BTS’ Suga calls Grammy performance ‘stressful, extremely hectic’: ‘Won’t do it again for quite a while’ 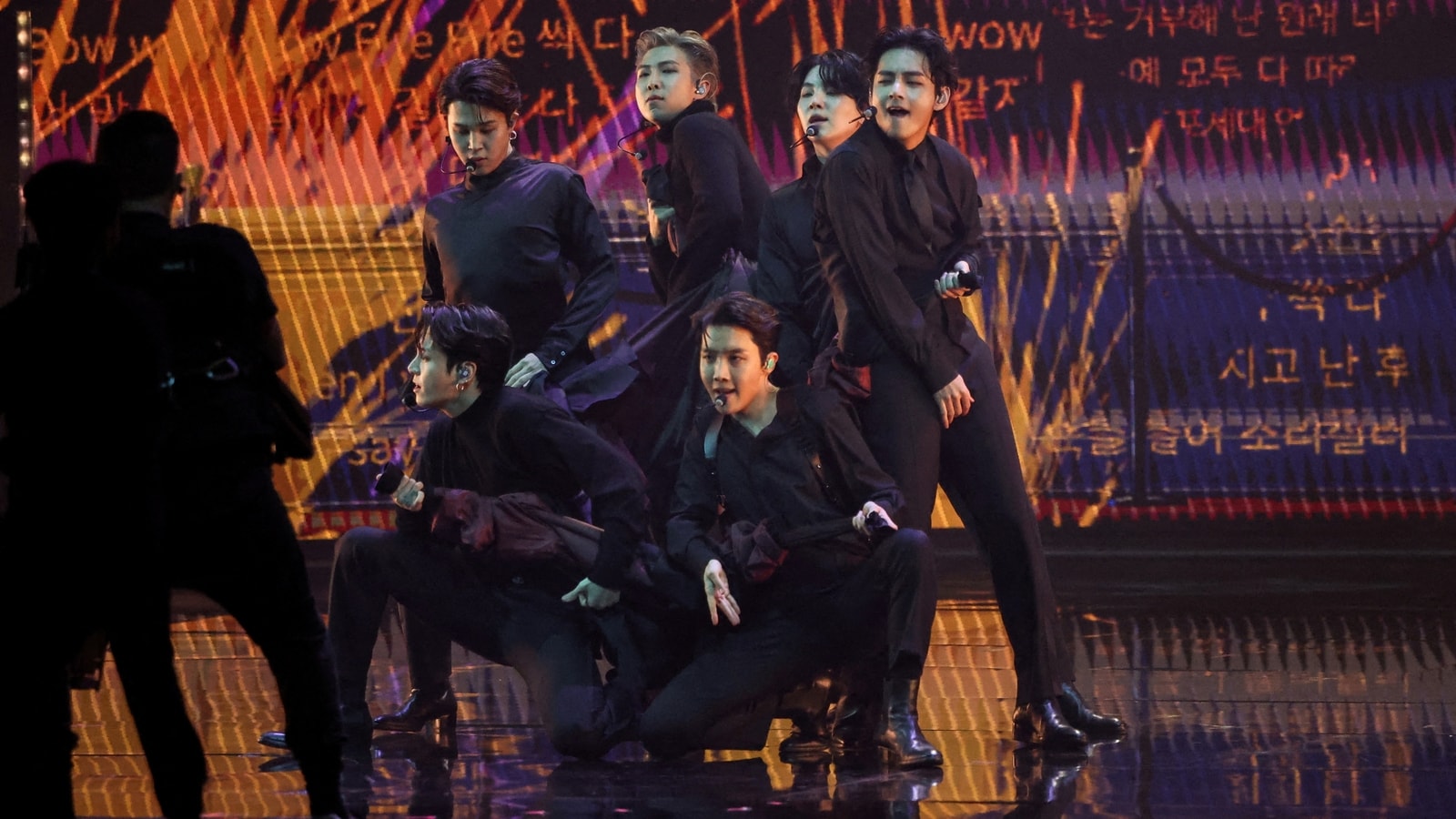 BTS‘ power-packed performance on their song Butter at the Grammy Awards in April 2022, started with an act that also included Olivia Rodrigo. It then moved on to elaborate dance sequences and a mid-song costume change, and ended with the star-studded audience getting up from their seats and clapping for BTS. Although the performance went without a hitch, Suga revealed in a recent interview that he and his fellow bandmates RM, Jin, J-Hope, Jimin, V, and Jungkook had a stressful time preparing for it. Also Read| BTS’ Jungkook assures ARMY group isn’t disbanding to focus on solo careers: ‘BTS is forever’

Suga recalled that they had a tough time during rehearsals as Jin, who was only part of the second half of the performance, had surgery on his index finger. Meanwhile, J-Hope and Jungkook had to be in quarantine, after testing positive for Covid-19. Suga said that it was unlikely that the band would be delivering a performance of that scale anytime soon.

Suga told Weverse magazine, “We actually practiced really hard. (laughs) We’re not going to do that kind of performance again for quite a while. We had a part that involved clothes and there was a dance break in the middle, too. The process of getting ready was extremely hectic, too: Seokjin got hurt, and Hobi and Jung Kook were in quarantine, so there were times when it was just four of us. It was an experience I won’t soon forget. And the directors were really enthusiastic about the performance. So it was a bit stressful getting ready … but I guess it was also sort of fun, looking back now.”

He added, “The performance went off without a hitch anyway. The part of the performance involving our clothes kept not working out, including during the rehearsal the day before, so I thought we must have had some kind of luck because it ended up going fine on the day regardless. Whenever we try to do something like that, we typically always fail. (laughs) Viewers wouldn’t realize it, but we talk about it a lot between ourselves, so we were really worried, but fortunately it all turned out in the end.”

Earlier in June, BTS released their new album Proof, and also celebrated the ninth anniversary of their debut. They spoke about focusing more on their original careers in their annual Festa dinner party video, which led to reports that the band was going on a hiatus. RM and Jungkook as well as the band’s agency Big Hit Entertainment denied these reports.