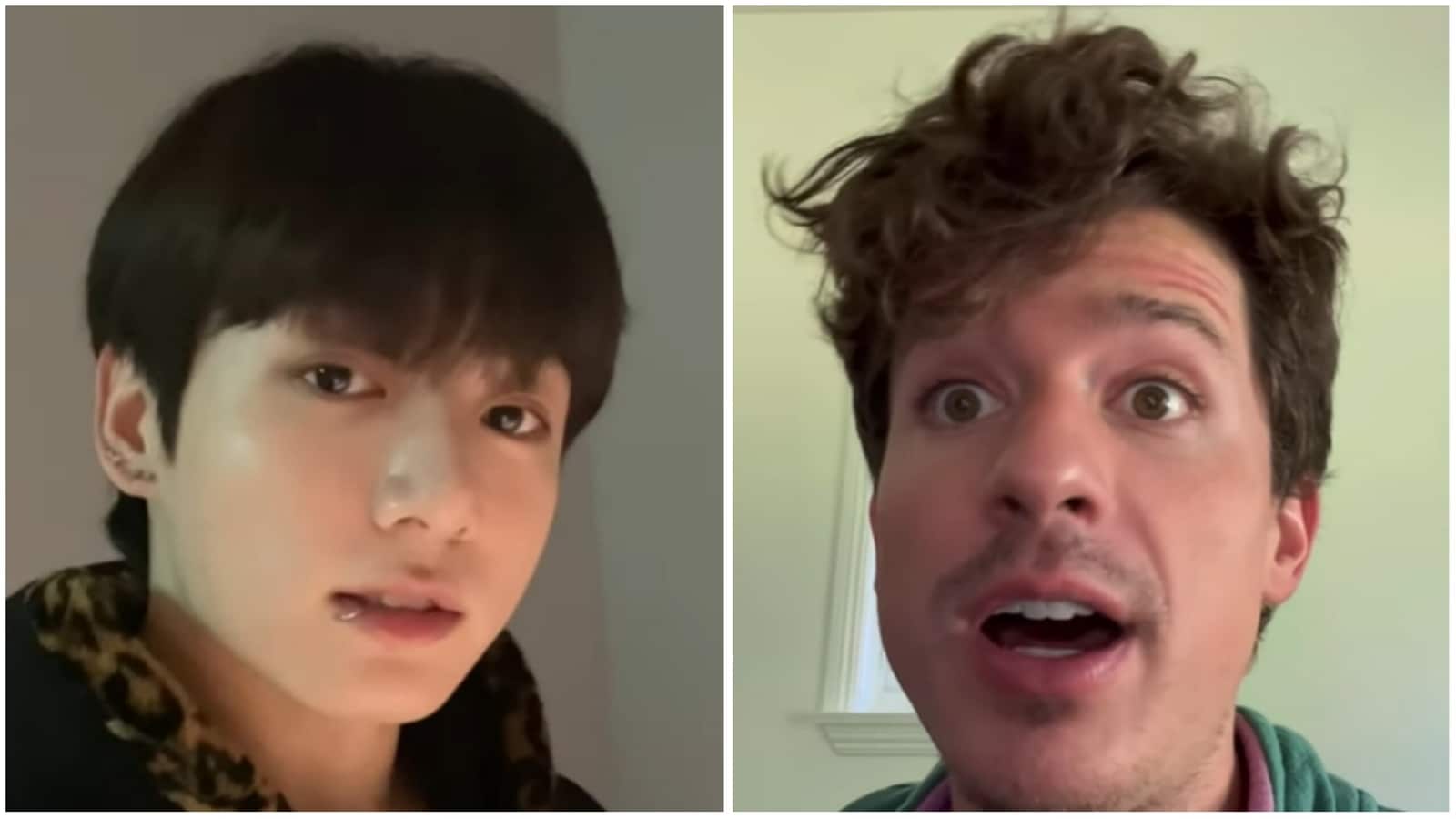 BTS member Jungkook and Charlie Puth confirmed they are collaborating on a new single. The duo also announced the song’s name and teased a snipped of it as they announced the news in a new video. Fans flooded the post with comments, saying they can’t wait for the song to come out. Also Read| BTS’ Jungkook assures ARMY group isn’t disbanding to focus on solo careers: ‘BTS is forever’

Charlie shared a video on Instagram on Friday, in which he and Jungkook discussed how to sing a part of their new track. The video started with Charlie singing the lyrics, ‘memories follow me left to right’ and asking Jungkook to repeat it. He called Jungkook’s rendition ‘perfect’ before asking him to sing the next lyrics ‘I can feel it over here’ from the left and right side of the microphone, as per the song’s title Left and Right, and the BTS member playfully followed the instructions.

Charlie then asked Jungkook to put it all together, and following which the BTS member sang a snippet of their song complete with background music. Charlie then said, “This is gonna be crazy.’ The singers’ fans showered love on the video, but it was Jungkook’s fans that took over the comments section. One wrote, “The way he jumped so cute,” while another commented, “Jungkook, the love of my life.” A third one wrote, “First collab of Jungkook sooooo excited.”

The song will feature on Charlie’s upcoming eponymous album, which will be available for pre-order on June 24. While this is the first time Charlie and Jungkook have confirmed the collab, fans had connected the dots long ago as Charlie kept teasing that something big was coming. Charlie also dropped major hints as the last time he was asked to reveal who is singing Left and Right with him, he replied September 1, which is Jungkook’s birthday.

ARMY has been requesting this collab for an even longer time after Jungkook did a cover of Charlie’s popular song We Don’t Talk Anymore. Jungkook later dropped the full-length rendition of the song with his fellow bandmate Jimin.