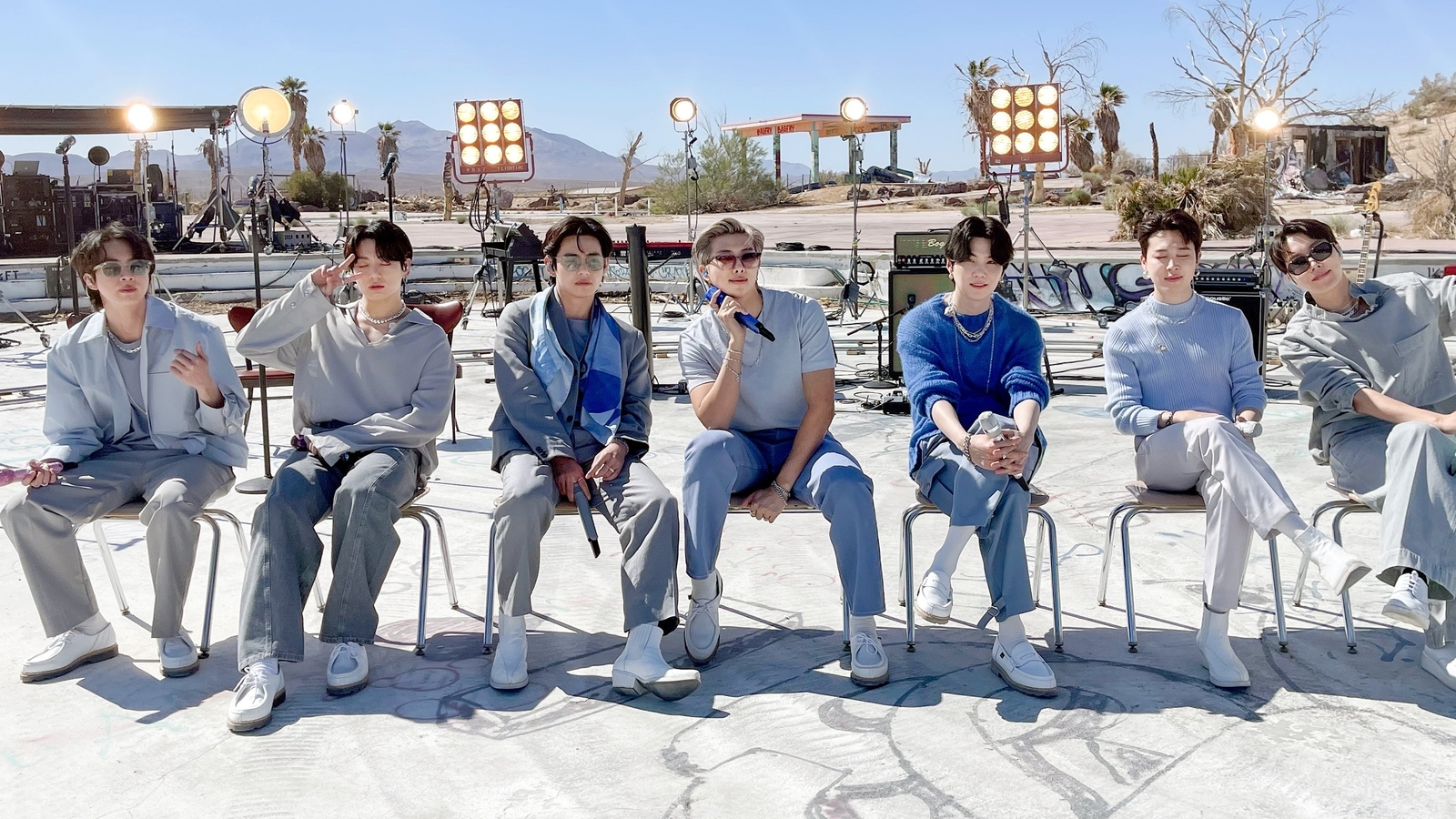 A few days after BTS members RM, Jin, Suga, J-Hope, Jimin, V and Jungkook said they were taking a break, The Korea Singers Association president Lee Ja Yeon on Wednesday requested the group to ‘reconsider the decision to go on a group hiatus’. In an official statement, Lee Ja Yeon urged the members to rethink the call ‘for the future of South Korea’s music industry’. In the note, she also said that it’s ‘difficult to hope for the next BTS to emerge any time soon’. The statement also read that if BTS ‘goes away’ then the group’s fandom ARMY will also follow suit. (Also Read | BTS’ RM thinks he ‘hit a kind of wall’, says he needs to create music ‘that’s more timeless’)

Recently, during BTS’ Festa dinner, the group revealed that will take a break. After their announcement, ARMY supported their decision for taking rest. However, HYBE later clarified that BTS is not taking a hiatus. BTS members, RM, V and Jungkook individually also told fans that they will not go on a hiatus nor are they disbanding. They recently announced their anthology album Proof.

Lee Ja Yeon’s statement, as quoted by Allkpop, read, “I’m overcome by my fear and concern that the ‘BTS Hallyu Wave’, a movement possessing the greatest cultural soft power that the world has ever witnessed, will vanish soon. In the years leading up to the birth of this movement, it was believed that finding the ‘Next Beatles’ would be a very difficult achievement, and now, we have arrived at a point where it is difficult to hope for the ‘Next BTS’ to emerge any time soon. Thus, there is great concern that the heartbeat of Hallyu will cease. The decision to publish this statement was not an easy one. Please, will you reconsider the decision to go on a group hiatus, for the future of South Korea’s music industry?”

She added “If BTS goes away, the missionaries of Hallyu and Korean culture, ARMYs, also go away. South Korea’s tourism industry will suffer, and it will be difficult to hope for a future for South Korea as a hub of culture in Asia. The special laws allotted to the sports and the classical music and arts industries for mandatory military service must be extended to popular culture as well. The need for attention and action regarding this existing issue is pressing. The government and the national assembly of South Korea must pay mind to this matter so that the Hallyu boom can continue to spread, and BTS can continue to promote actively as a group. Please pursue a revision of existing military service laws.”

Reacting to the statement, ARMY took to Twitter saying the request was ‘wrong’ and urged BTS to take rest. A fan tweeted, “This is so wrong the amount of pressure she’s putting on them. They are taking a break and it’s a must for their health now. No one has the right to demand. Everyone should understand this. Just give them time to rest. Bts, Army forever.”

“You’ve done so much for us already! take as much time as you need and enjoy it, we’ll always be waiting for you #BTSItsOkayToRest,” said another person. “Take as much as time you need. Do anything you love. And someday when you decide to come back, you’ll find ARMY waiting here for you. Cause we exist for BTS and BTS only,” read a comment.