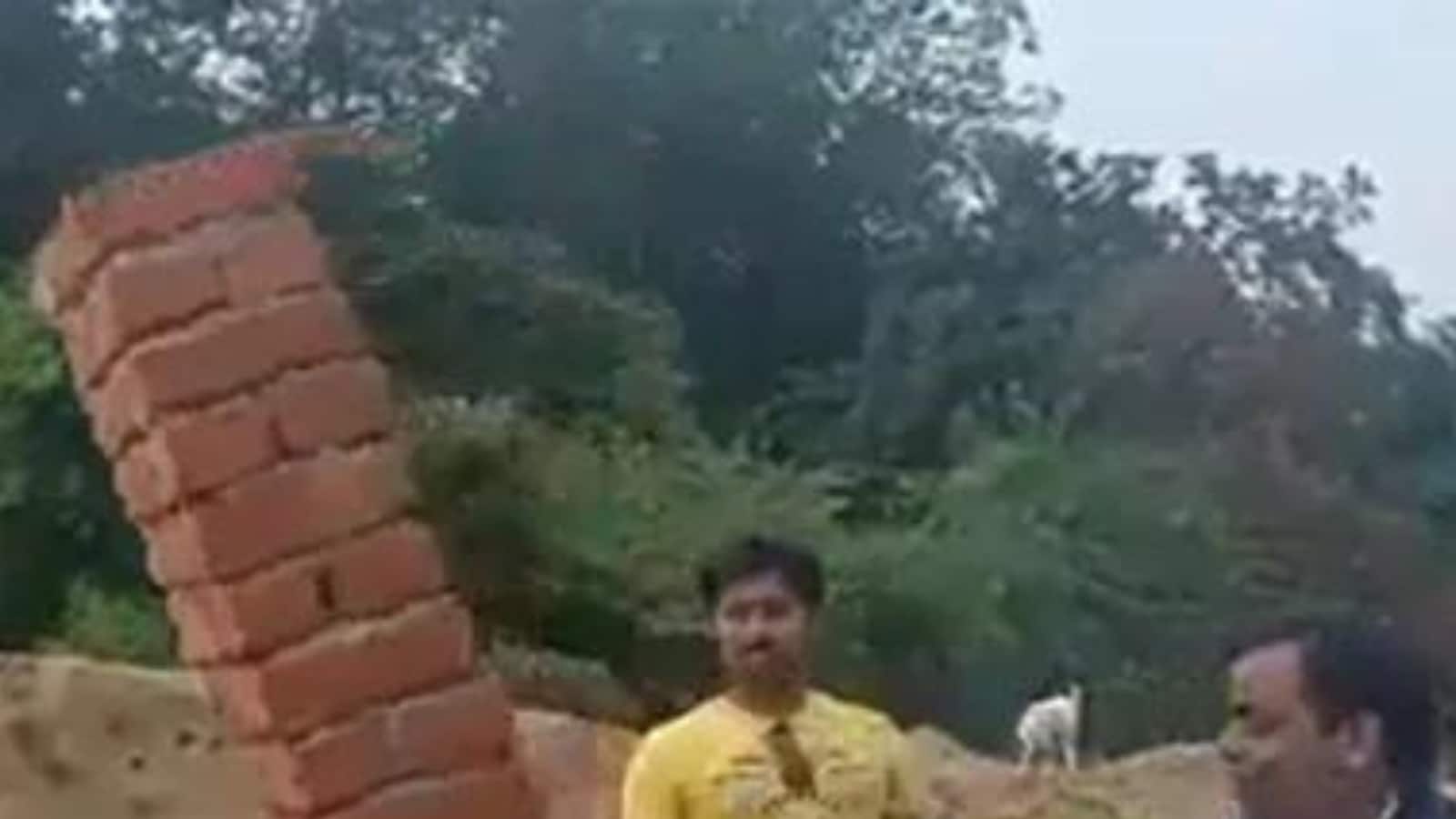 Launching an attack on BJP, Samajwadi Party leader Akhilesh Yadav on Friday shared a video on social media with the intention of exposing the poor quality of construction at a college building being built in Uttar Pradesh.

The video shared on Twitter shows a brick pillar at the construction site in the state’s Pratapgarh district as it comes crashing down after Samajwadi Party MLA RK Verma pushes it with his bare hands. As per reports,  the video was shot on Thursday while the lawmaker was on a visit to the under-construction government engineering college for inspection.

“This will be a four-story building,” the concerned MLA is heard scoffing in the video.

“The wonder of corruption under BJP rule is unique. The bricks of the engineering college were put together without cement,” Akhilesh Yadav’s tweet in Hindi read.

The claim of poorly constructed buildings in Uttar Pradesh was corroborated by another MLA, Dr. R. K. Verma who tweeted another video in which he went on to inspect other parts of the construction site and had more brick walls collapsing.

“Such shoddy construction work will not build the future of the youth. This is like arranging for their death. This is a glimpse of the corrupt government machinery at the engineering college being built in Raniganj assembly,” he said in his tweet.

Earlier, the leader had accused the ruling BJP of misuse of power in the bypolls to the Azamgarh and Rampur Lok Sabha seats, alleging that efforts were made to disrupt voting. He alleged that though the Election Commission was informed about the developments, the election machinery remained a mute spectator. The party workers were harassed and undue pressure was created on them to vote for BJP candidates, he alleged.