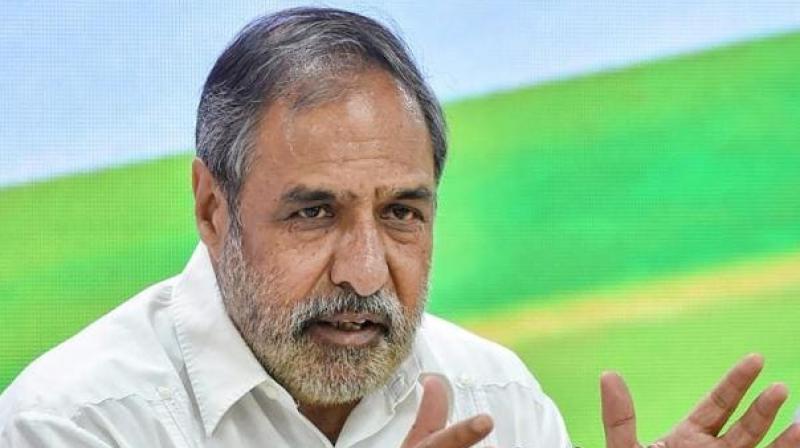 NEW DELHI: Days after senior Congress leader Ghulam Nabi Azad withdrew from party duty in Jammu and Kashmir, his party and ‘G-23’ colleague Anand Sharma announced he was quitting as chief of the Congress “steering committee” in Himachal Pradesh.

A disgruntled Sharma, in a letter to Congress interim president Sonia Gandhi, wrote that he felt left out of the party’s decisions ahead of the Assembly polls in the state and that his self-respect was “non-negotiable”.

Sharma, appointed on April 26, was also upset that he had been ignored in the consultation process for the impending elections. He has agreed to campaign for the party candidates in Himachal Pradesh.

Both Azad and Sharma are part of the G-23 grouping, comprising of prominent veterans including Bhupinder Singh Hooda, Kapil Sibal and Manish Tewari, of the Congress that has openly expressed dissatisfaction and criticised the decisions of the party leadership and called for an overhaul.

“I have resigned with a heavy heart from the chairmanship of the steering committee of the Congress for the Himachal elections. Reiterating that I am a lifelong Congressman and remain firm on my convictions. Committed to Congress ideology that runs in my blood, let there be no doubts about this! However, given the continuing exclusion and insults, as a self-respecting person — I was left with no choice,” said Sharma in a tweet.

The grouping has called for an overhaul of the Congress’s organisational set up to revive its political fortunes and has been insisting on holding genuine elections right from the block level to the party’s top decision-making body, the Congress Working Committee.

Sharma’s resignation is considered a setback for the Congress, which is hoping to dislodge the incumbent Bharatiya Janata Party government in the upcoming elections in Himachal Pradesh, where the Aam Aadmi Party is also working hard to make inroads.