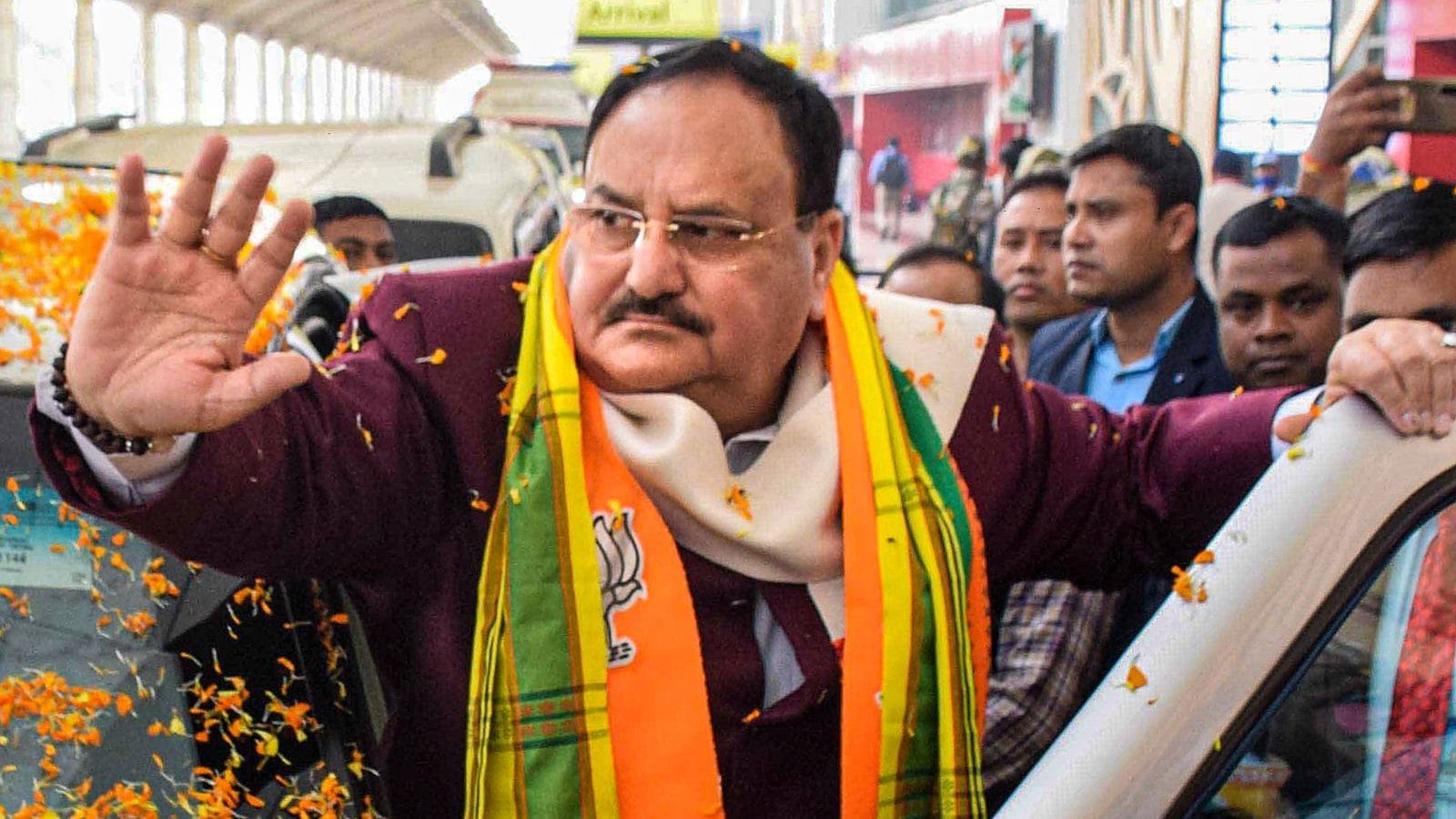 On Rahul Gandhi’s Bharat Jodo Yatra, Nadda alleged the people who raised slogans against India and conspired against the country were seen walking with him. (Image: PTI/File)

Attacking the Congress government in the state, Nadda alleged that cybercrimes and crimes against women and Dalits have increased.

BJP president J P Nadda on Monday said the party will form a three-fourth majority government in Rajasthan in the assembly elections to be held later this year.

Addressing the party’s Rajasthan state working committee meeting here, Nadda said, ”BJP is the only national party and all other parties have remained family parties. The Congress has been identified as a family party. Regional parties have also become family parties.” He also congratulated the state leadership for the successful organisation of the ’Jan Aakrosh Yatra’ and asked it to hold more such campaigns.

Attacking the Congress government in the state, Nadda alleged that cybercrimes and crimes against women and Dalits have increased. Prices of electricity, petrol and diesel are also continuously increasing under this Congress government, he added.

”We (BJP) are not just a political organisation but also a party working for social concerns… India and the whole world saw the social face of the party during the Covid period,” the BJP chief said.

On Rahul Gandhi’s Bharat Jodo Yatra, he alleged that the people who raised slogans against India and conspired against the country were seen walking with him.

Nadda said that Prime Minister Narendra Modi is committed to the progress of the country and make it self-reliant.

A political resolution was passed in the BJP meeting and it stated that under Modi’s leadership, new enthusiasm, energy and inspiration have been infused in party workers across the country.

This has strengthened the political confidence of the BJP and it will have a positive impact on upcoming assembly polls and the 2024 general elections, it said.

While the BJP at the Centre is setting ”new records” in the development of the country, in Rajasthan, people’s hopes are being shattered by the Congress, the resolution said.