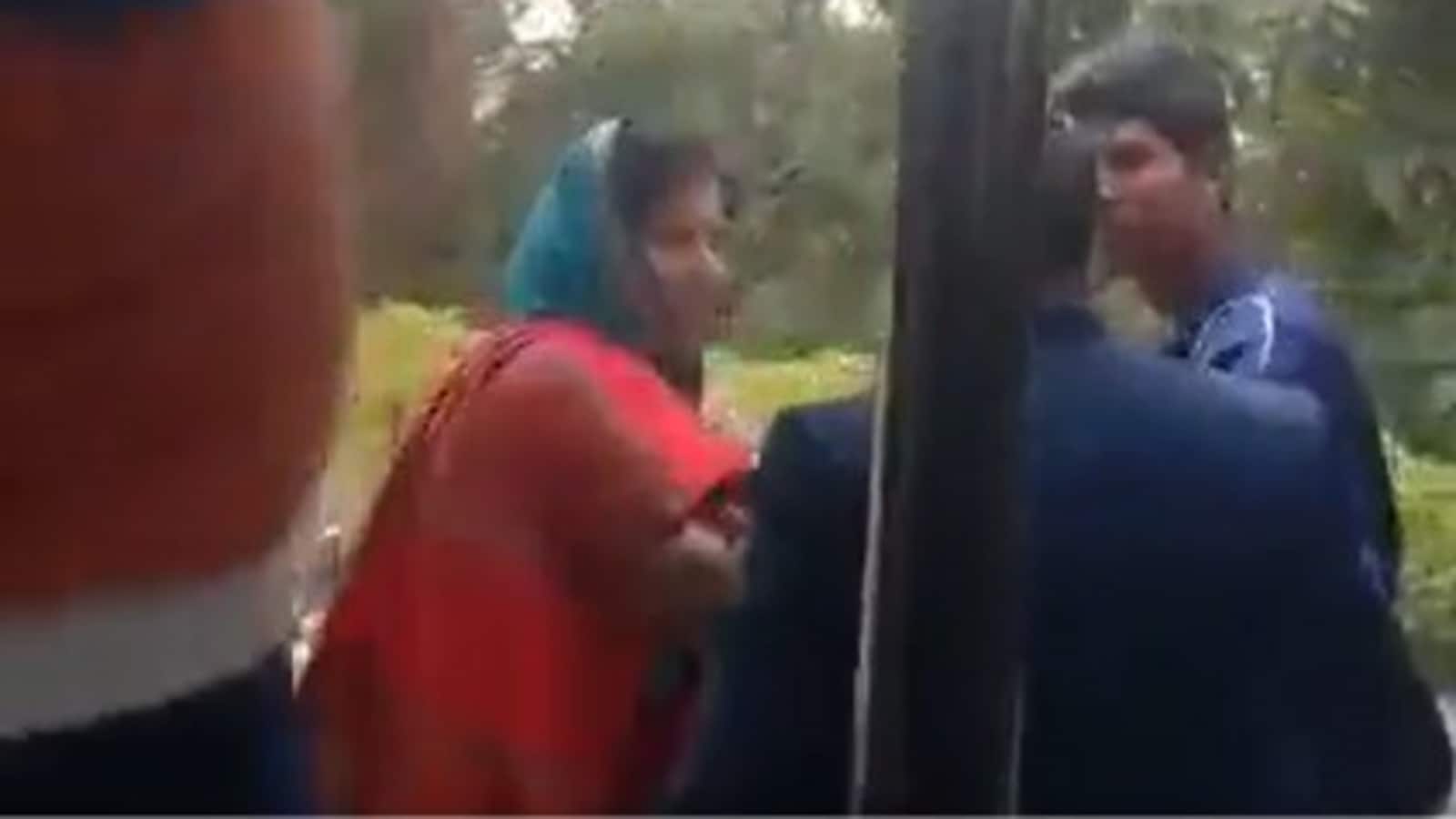 The Bharatiya Janata Party (BJP) on Saturday targeted the Congress government in Rajasthan over a purported video of a woman being forcibly moved out of state women and child development minister Mamta Bhupesh’s residence during a public hearing. Sharing a 20-second clip of the alleged incident, BJP’s Rajasthan unit said that the public will remove the “arrogant” Congress the same way Mamta Bhupesh forcibly moved a complainant out of a public hearing.

“The last days of the arrogant Congress are not far away!” the party tweeted.

In the video, the woman is purportedly seen arguing with the minister and later, being moved out of the residence by a male staff member.

He tweeted that “a woman who came to Gehlot government minister Mamta Bhupesh with a request was pushed out in front of her daughter”.

“These people consider the daughters of the poor as second-class citizens. Because of this thinking, there is no limit to barbarism against women in the state,” the Union minister tweeted in Hindi.

The purported video surfaced amid the ongoing crisis in Rajasthan Congress as war of words between the party’s top two lieutenants in the state has further intensified.

Valentine’s Week 2023 Full List: Important Dates Schedule Full List and All You Need to Know about the Days of Love