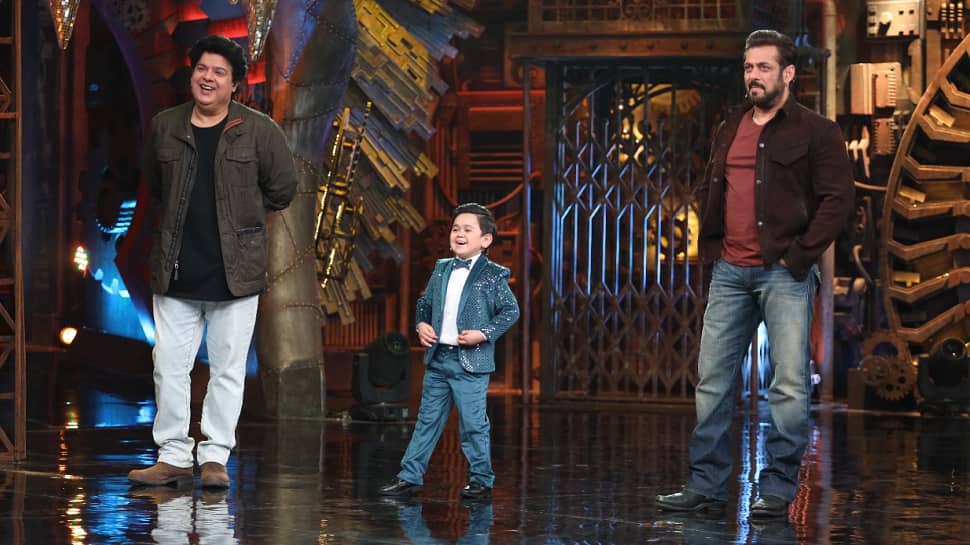 New Delhi: COLORS ‘Bigg Boss 16’ is in its last lap and the spirit of competition has heated up among the housemates, who are counting the days to the finale. In the middle of this excitement and anxiety, ‘Dabangg’ host Salman Khan’s ‘Weekend Ka Vaar’ brings big truth bombs.

The episode captures ex-contestants Sajid Khan and Abdu Rozik hitting the ‘vaar’ stage. In his filmmaker element, Sajid Khan is asked to cast the contestants in the roles of hero, side hero, heroine, villain and comedian. With his brand of humour, Sajid carries out the casting in his signature hilarious way. This ‘vaar’ gives way to a fun-filled ‘Long Son Short Son Show’ in which guest and megastar Salman Khan is tasked to assign each contestant the most suitable title of his movie. Shalin Bhanot earns the title of ‘Tubelight’ and Shiv gets ‘Partner.’

The biggest fight between Shalin and Tina makes it to this vaar. Salman admonishes Shalin for trying to throw dirt on Tina by implying that she uses men to get ahead in the game. Shalin tries to defend himself by saying that Tina spoke about his ex-wife. That’s when Salman Khan warns him that he doesn’t bring things about Shalin’s ex-wife up because it can mess up his life.

The host sheds light on Tina’s conversation with Priyanka about Shalin trying to team up with her before the season began to bag the trophy. As soon as Salman probes into why Tina waited for 15 weeks to bust Shalin’s cover, she starts crying because she feels targeted.

Shiv, Stan found Tina’s reaction fake as she started crying when things fell wrong for her. Also, SK explained to Priyanka that Tina is using her and she is just playing the messenger in this game. Shalin tries to console Tina who was seen bursting into tears, here’s when Priyanka scolds Shalin and asks him to just leave the room. Well, after 15 weeks, everybody’s dirty games are unveiled no matter what. The same is happening with our housemates too this weekend.

The episode today ended on an exciting note as Ekta Kapoor, one of the biggest producers in the industry today enters the stage and reveals that she is here to cast someone from the housemates. All the love, fights and drama will continue tomorrow, so stay tuned.

Keep watching the excitement and drama in ‘Bigg Boss 16’ powered by TRESemmé, Special Partner Ching’s Schezwan Chutney, and Make-up Partner MyGlamm every Monday to Friday at 10.00 PM and every Saturday – Sunday at 9.00 PM only on COLORS and Voot.