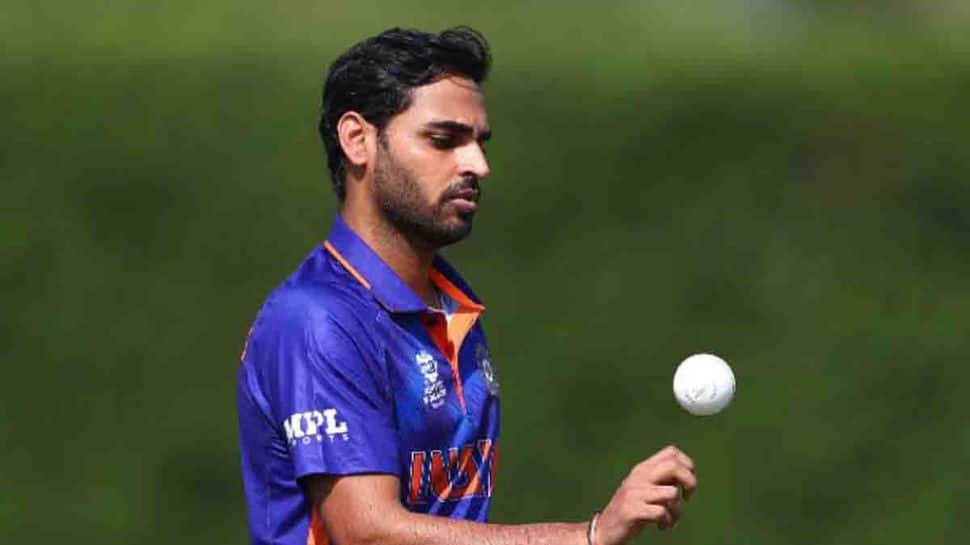 Veteran India pacer Bhuvneshwar Kumar was named Man of the Series for the recently concluded five-match T20I series against South Africa. This was Kumar’s fourth player of the series award in 10-year-long career as an India cricketer. With this, he becomes the first Indian pacer to win four MOS awards overtaking Zaheer Khan and Ishant Sharma, both of whom have won three times.

Kumar claimed six wickets in the four matches. The fifth match of the series was washed out. The right-hand pacer picked four wickets in the second game of the series at Cuttack. Interestingly, Kumar had started his international career with a clean bowled of Pakistan’s Mohammad Hafeez, took three wickets in the Cuttack game by distributing the timber.

Harshal Patel was the highest wicket-taker in the series but Kumar was the most impressive pacer as he took key wickets in the four matches that he bowled in. Kumar was not just among wickets but was economical as well. He gave just 85 runs in 14 overs in the series.

In the post-match conversation, South Africa head coach Mark Boucher was all praise for India’s veteran pacer, “We came up against some quality bowling. Bhuvi (Bhuvneshwar Kumar) was exceptional in this whole series. He put us under pressure in the Powerplays. Barring one game, that’s an area that India dominated us in, with both bat and ball over our players and that’s something we will definitely look into and try and improve.”