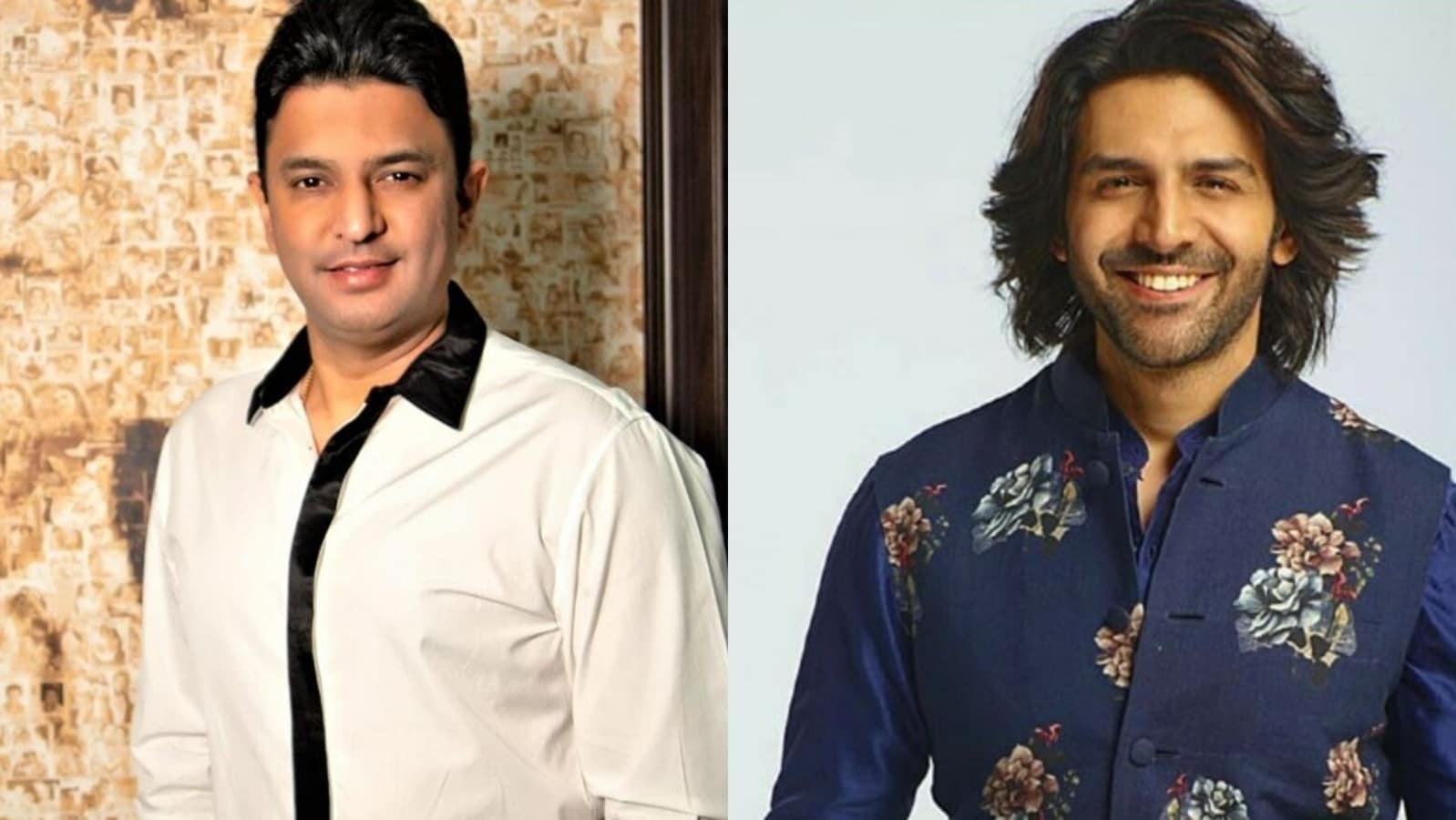 Film producer Bhushan Kumar shared his thoughts on celebrities hiking their fees and its impact on films. He also revealed that actors like Kartik Aaryan have always been supportive in this case. The two have recently collaborated for Annes Bazmee’s film Bhool Bhulaiyaa 2, which has been a huge success at the box office. The film also stars Tabu and Kiara Advani. (Also read: Kartik Aaryan reveals his ‘profit share’ after Bhool Bhulaiyaa 2 crosses ₹150 crore at box office)

After the success of Bhool Bhulaiyaa 2, Kartik was found wrapped up in rumours about his fee hike. It was reported that he hiked his fees to ₹35-40 crore per film. Soon after, the actor dismissed all speculations and called them ‘baseless.’ He said, “Promotion hua hai life mein Increment nahi (I have been promoted in life, haven’t received my increment).”

Talking about the never-ending topic of actors increasing their fees, Bhushan told Pinkvilla that film producers often cut down their budget because of hefty numerations charged by actors. Quoting Bhool Bhulaiyaa 2 for instance, he said, “Actor should keep their fees as per the film.” “At the end of the day, actors should be supportive. Kartik has always been like that. For our next film—Shehzada, we were having some problems. But Kartik stood by us and said ‘I’m there for you guys. We will solve this together’. He supported us financially as well,” he added.

Shehzada stars Kartik with Kriti Sanon. Directed by Rohit Dhawan, it is backed by Bhushan Kumar, Aman Gill, Allu Aravind under the banner of T-Series Films, Allu Entertainment, Haarika and Hassine Creations and Brat Films. Earlier, there were reports that Kartik threatened to walk out of his upcoming film Shehzada.

The reports emerged after the producers of Ala Vaikunthapurramuloo decided to release its Hindi version in theatres. Shehzada is the official remake of the Telugu film. Reportedly, Kartik was worried about film prospects being hurt by the original’s re-release.