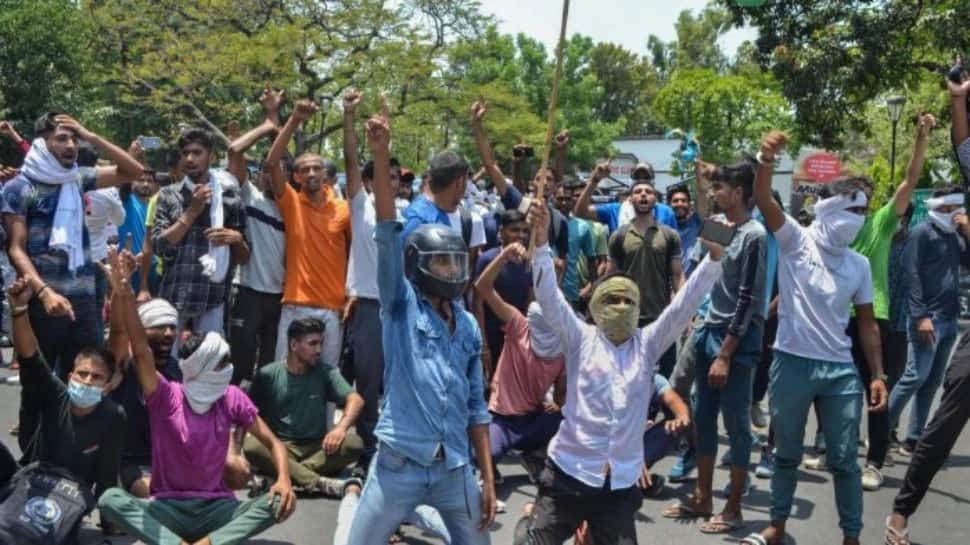 Protests are going on across the country regarding the new recruitment scheme ‘Agneepath’ in the army. The opposition to this new scheme of the central government has been seen the most in Bihar. Some organisations have announced Bharat Bandh on June 20 (Monday). Taking into consideration the Congress protests over Enforcement Directorate`s (ED) investigation against Rahul Gandhi in a money laundering case linked to the National Herald newspaper, lalong with Rakesh Tikait’s statement in support of Agnipath protests, Delhi Traffic Police on Monday issued a fresh advisory for commuters.

Rakesh Tikait said that BKU will support the agitation against the Agneepath scheme. On the withdrawal of agricultural laws, he said that farmers have seen the way to Delhi and four lakh tractors are ready. There is a need for a big movement on this issue in the country. In view of the large number of tractor journeys towards Delhi, all the borders of Delhi can be sealed.

Senior officers of Delhi Police have also held a high-level meeting regarding security at Tikri Border, Sindhu Border, Apsara Border, Ghazipur Border, and Badarpur Border. Moreover, Delhi Police is getting such inputs that a large number of tractors can travel towards Delhi under the guise of protest against the recruitment of the Agneepath Army.

In addition, CrPC section 144 is imposed in Noida, after the violence broke out on the Jewar toll plaza of the Yamuna Expressway. Noida police has also tweeted that the traffic movement is smooth around major parts of the city.

On behalf of the police, it was said that 11 other police blocks including Badarpur Border, Durga Builders, Prahladpur, Shooting Range, Mangar, Sikri Border, Ballabhgarh Bus Stand, Railway Station, Metro Station along with the police blocks already put up by the Faridabad Police. Huh. Toll tax etc. have been marked. More than 2,000 policemen will be deployed in Faridabad to maintain law and order in the city.

What can you do if a hotel, restaurant adds service charge to your food bill?

Petrol, diesel prices to become cheaper after VAT cut on fuel in Maharashtra