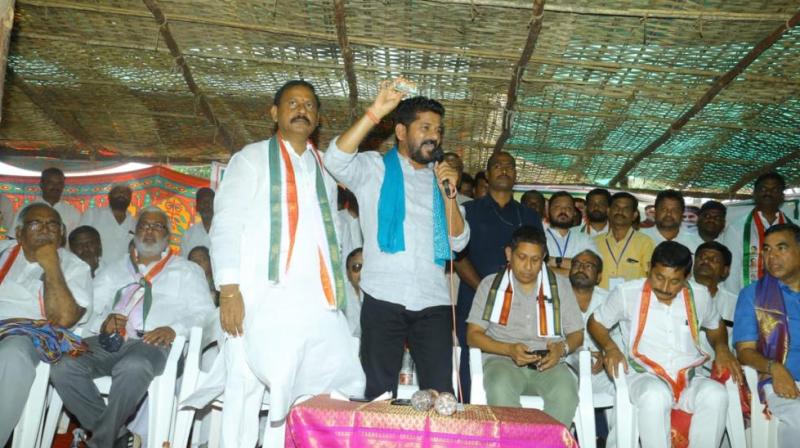 Hyderabad: TPCC president A. Revanth Reddy said that the Congress cadre should be alert as Assembly elections were fast approaching and TRS president and Chief Minister K. Chandrasekhar Rao was a master of tricks and had muscle and money power.

The Congress strongly believes in strength of party activists, he said.

Revanth Reddy was speaking at an event at Parigi where the Congress for the first time launched digital membership cards.

Revanth Reddy said that Telangana state had achieved record of 100 per cent digital membership. With the hard work of party activists, we achieved 42 lakh membership, he said. The membership drive, issue of card and insurance coverage for party members were achieved first in Telangana state, he explained.

Revanth Reddy recalled that the people of Vikarabad had supported Dr Marri Channa Reddy, who become Chief Minister twice. “We started digital membership drive in my Kodangal constituency, but we are issuing cards in Parigi”, he explained.

He said that booth enrollers were brand ambassadors for the Congress and they would interact with people. “All old traditions have been set and utmost importance will be given to the party cadre,” he said.

Revanth Reddy reiterated that after the Congress came to power, the party would cancel the Dharani portal. The Warangal Declaration will be implemented including setting up of a farmers commission, he said.

Demanding categorisation of Scheduled Castes, MRPS activists had taken up a padayatra and met the TPCC chief at Chevella on Friday.

On the other hand, Revanth Reddy demanded the state government to postpone TET immediately. He said that RRB and TET were falling on the same day. The RRB is a national level exam, whereas TET is state level and it could be conducted later helping the aspirants, he tweeted.