‘Because I Love It’: JDS Leader’s Catchy Byte Post RS Polls Voting. Here’s the Party He Voted For 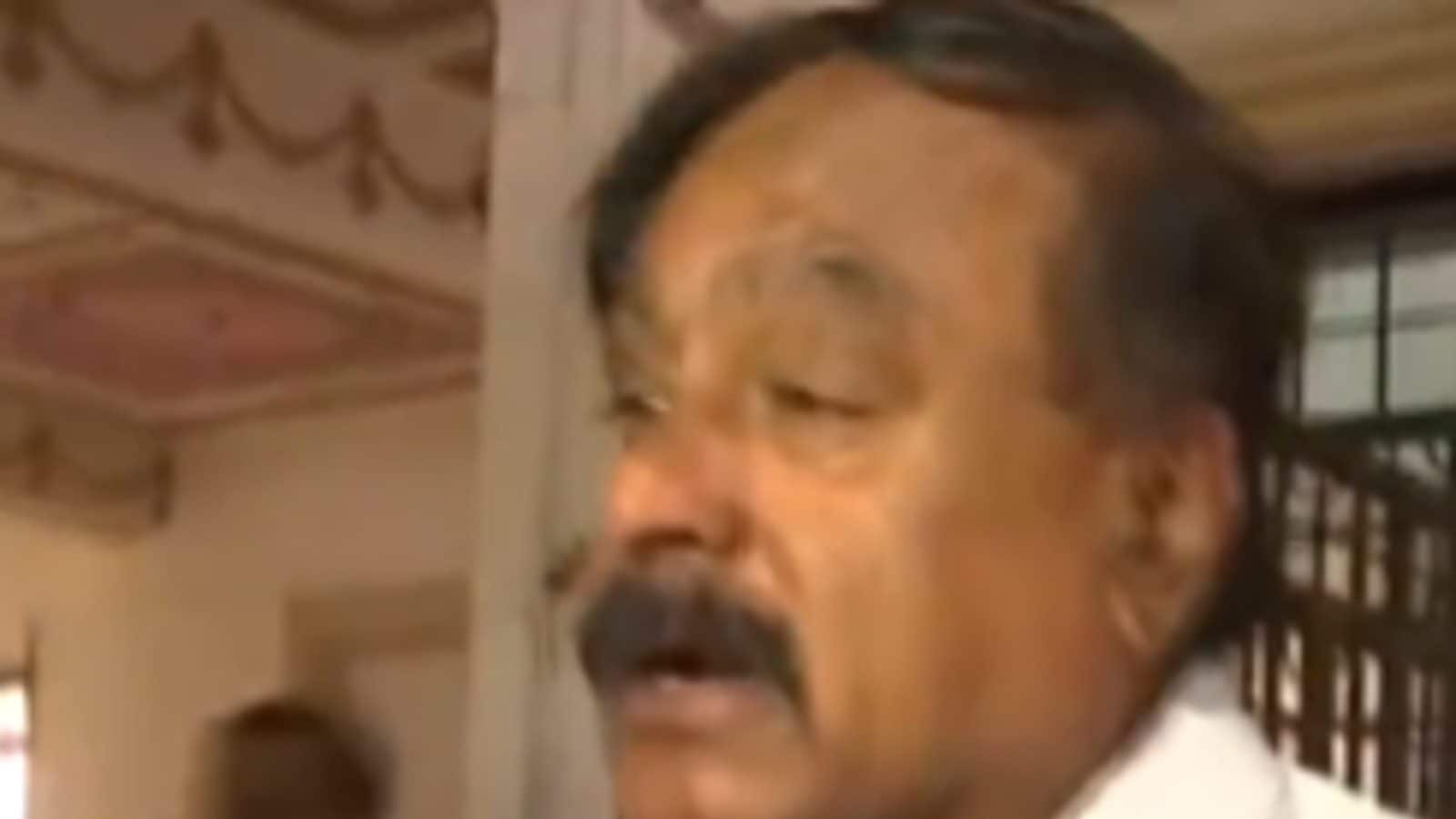 In a humorous exchange with media personnel on Friday, a Karnataka Janata Dal (Secular) leader expressed who he voted for in the Rajya Sabha elections, and it wasn’t for the party he belongs to.

Speaking to reporters after casting his vote, JD(S) leader K Srinivasa Gowda, said, “I have voted for Congress because I love it”.

#WATCH | I have voted for Congress because I love it: K Srinivasa Gowda, Karnataka JD(S) leader on Rajya Sabha elections pic.twitter.com/oMSkdlYSuQ

Voting is underway in the Rajya Sabha polls for four seats from Karnataka on Friday, as suspense continues over the outcome of the fourth seat, for which all three political parties are contenders, despite none of them having adequate number of votes to win it. Members of Legislative Assembly (MLAs) are voters in this election.

The voting that began at 9 AM will go on till 4 PM and counting of votes will take place at 5 PM, after the polling hours. Six candidates are in the fray in the Rajya Sabha elections from the state, necessitating a contest for the fourth seat.

Despite not having the adequate number of votes to win the fourth seat from the state Assembly, all the three political parties — BJP, Congress and JD(S) — have fielded candidates for the seat, forcing an election. The six candidates in the fray for the Rajya Sabha polls from the state are — Union Finance Minister Nirmala Sitharaman, actor-politician Jaggesh and outgoing MLC Lehar Singh Siroya from the BJP, former Union Minister Jairam Ramesh and state general secretary Mansoor Ali Khan from the Congress, and former MP D Kupendra Reddy from the JD(S).

Sitharaman and Ramesh are seeking re-election to the Upper House of Parliament for a consecutive term from the state. A candidate needs the support of 45 MLAs to win and based on their strength in the Legislative Assembly, the BJP can win two seats and the Congress one.

After getting two Rajya Sabha candidates (Sitharaman and Jaggesh) elected on its own strength in the Assembly, the BJP will be left with an additional 32 MLA votes. The Congress will be left with 25 MLA votes after electing Jairam Ramesh, while the JD(S) has only 32 MLAs, which is not sufficient to win a seat.

The fight for the fourth seat will see a direct contest between Siroya (BJP), Khan (Congress) and Reddy (JDS). While Siroya and Reddy are short of votes from 13 MLAs each, Khan will need 20.

As this election has an open ballot system, every MLA (voter) will have to show his ballot paper to their designated party agents after choosing their preferences. According to sources, BJP has appointed its national General Secretary and MLA C T Ravi as its agent, while state Congress President D K Shivakumar himself is likely to carry out the responsibility and senior JD(S) leader H D Revanna (supremo Deve Gowda’s elder son) will do the job for his party. Fearing cross-voting, all three political parties have issued a whip, asking their respective MLAs to vote for their candidates.

The worry of ensuring that its numbers are intact and there is no cross-voting is greater for JD(S) and the party had last night shifted its MLAs to a hotel in the city. Its Kolar MLA K Srinivas Gowda has already declared that he will vote for the Congress candidate. JD(S) fears a repeat of the 2016 Rajya Sabha polls, when eight rebel MLAs voted against its official candidate and supported the Congress. Most of these rebels managed to get Congress’ tickets for 2018 Assembly polls. There are reports that some MLAs are even in touch with the BJP. Though the JD(S) leadership has tried to reach out to four to five disgruntled legislators, who have maintained a distance from the party for some time now, some of them are said to have not attended the legislature party meeting last night, causing worry in the regional outfit.

The ruling BJP that is confident of winning the three seats it is contesting in, has made final efforts to ensure all its votes are intact and get cast validly, by holding a mock voting exercise. They also held a Legislature Party meeting ahead of polls. While, interesting turn of events have taken place in the opposition camp, as top leaders of Congress and JD(S) tried to reach out to MLAs of each other till the last moment, with talks between them to forge some kind of a formal understanding reaching a deadlock, as both parties firmly stuck to their stand.

JD(S) leader H D Kumaraswamy had made an offer to trade second preference votes with the Congress and to “start afresh” by forgetting the past between the two political parties, but the grand old party made it clear to the regional party that it was now time for it to return the favour, pointing out that former PM H D Deve Gowda got elected to RS last time with its support in June 2020. A day ahead of the polls, Congress Legislature Party leader Siddaramaiah on Thursday even wrote an open letter to JD(S) MLAs requesting them to cast their “conscience vote” in favour of his party’s second candidate Khan, stating that his win will be a victory of “secular ideology” followed by both parties.

While Kumaraswamy has strongly urged the Congress to support his party candidate — Reddy — to strengthen “secular forces”, he accused Siddaramaiah of helping the BJP to win, by defeating JD(S). On its part the ruling party has tasked three ministers — R Ashoka, V Sunil Kumar and B C Nagesh — to oversee the voting process. According to party sources, the MLAs will be casting votes in three batches, in favour of candidates designated to them.

The election to four Rajya Sabha seats is necessitated as the term of office of members Nirmala Sitharaman and K C Ramamurthy of BJP and Jairam Ramesh — is due to expire on June 30. The fourth member Oscar Fernandes of the Congress passed away last year.