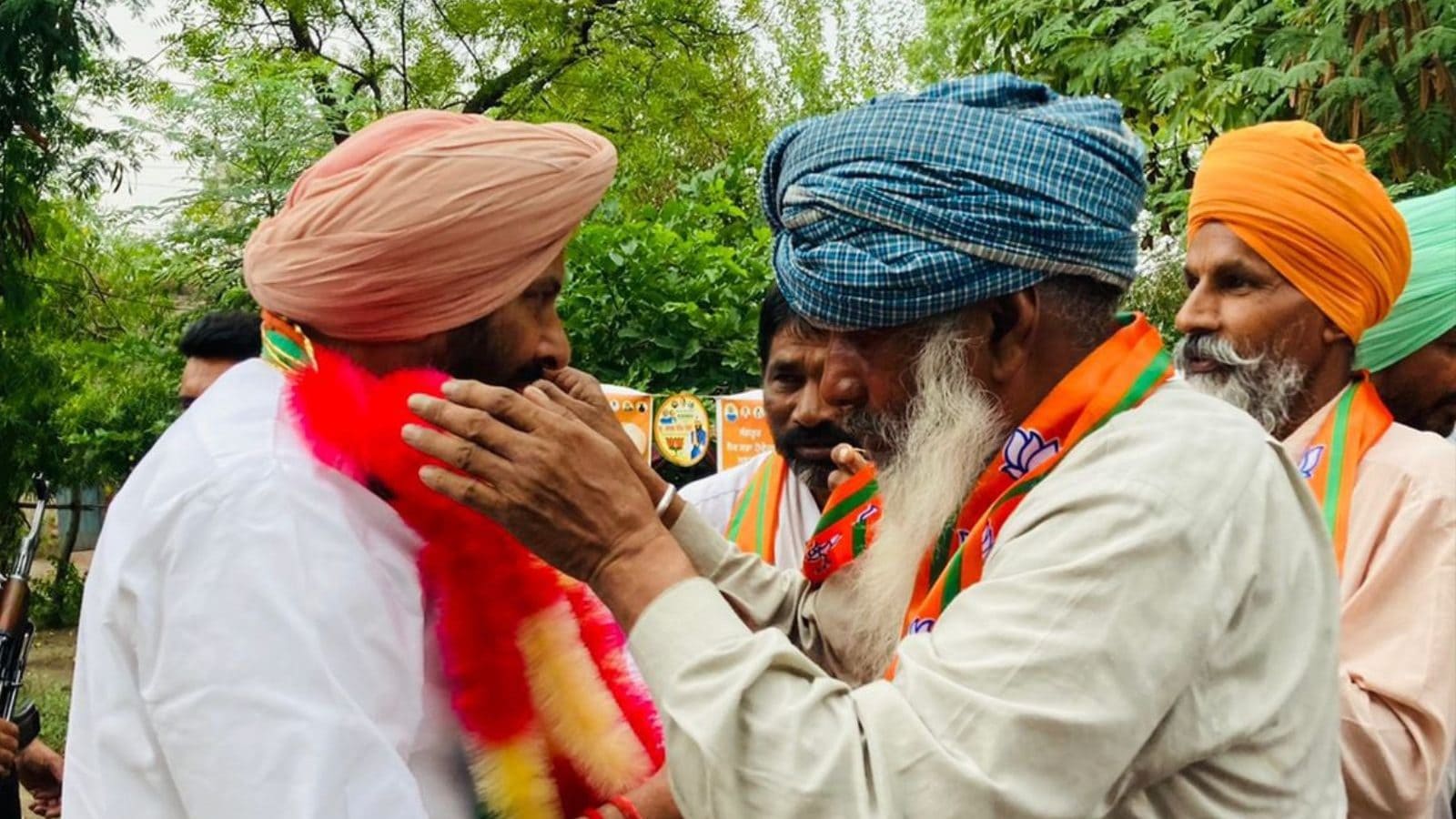 The withdrawal of farm laws and crossover of many senior Congress leaders seem to have given the Bharatiya Janata Party (BJP) the much-needed push to make its presence felt in the political spectrum of Punjab.

After remaining almost dormant for several months in view of the farm laws, the party seems to be inching back as the Sangrur polls near.

Barely some months ago, the BJP leaders in Punjab were being hounded by anti-farm law protesters, not being allowed to hold any political meeting.

The withdrawal of farm laws and many senior Congress leaders crossing over to the BJP seems to have turned the tide on the ground as the party is carrying out campaigning in a big way for the all-important bypoll.

The Sangrur villages had seen massive protests against the party with the BJP leaders not even allowed inside.

Contrast this to the images now. The then banned BJP leaders are now conducting meetings in villages, visiting farmers and sharing policies of their party to seek votes for their candidate, Kewal Singh Dhillon. Several groups of workers led by Punjab BJP unit chief Ashwani Sharma, party candidate and other leaders have been visiting various villages.

Sharma, along with other party leaders, has been visiting common places of various villages and houses of farmers. He interacts with them and tells them about various party programmes and also replies to the questions of farmers.

Till date, the BJP leaders have not faced any protest from farmers about any farming-related issue.

“There are no protests now. People are welcoming us and they do realise that if we have to change Sangrur and make a difference on ground, the BJP is the party to vote for,” said Ashwani Sharma, putting behind the lacklustre performance in the recently held state assembly polls.

The BJP is trying to hard sell its “developmental” image.

Tripura Congress Chief Among 19 Injured in Clash with BJP

A Message to Dynastic and Casteist Parties: UP CM Adityanath on Lok Sabha Bypoll Win

Sunday at Glastonbury 2022: the build up to Kendrick Lamar, Lorde and Pet Shop Boys – live

‘I’m a BIG fan of her game’, says Narendra Modi, about THIS female cricketer