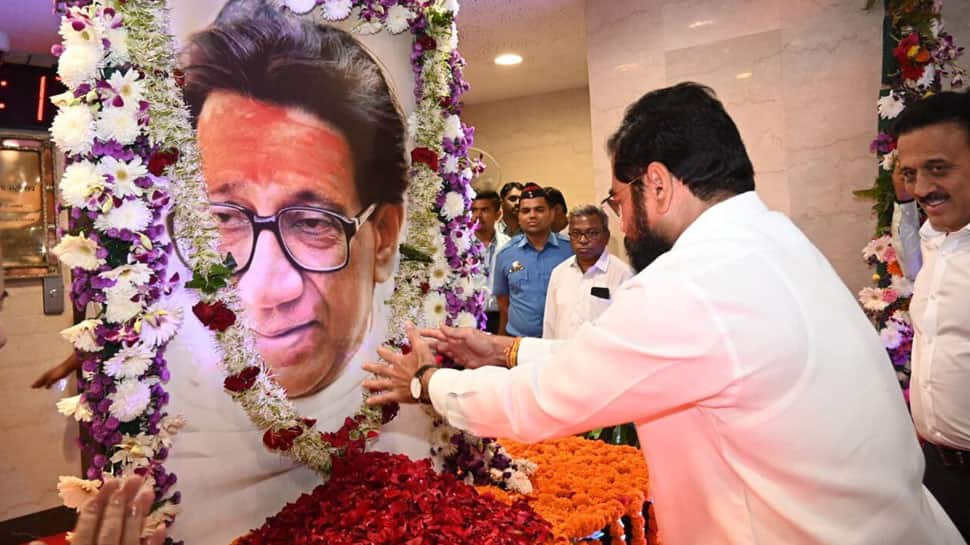 Mumbai: Former Maharashtra chief minister and head of Shiv Sena (UB) faction Uddhav Thackeray has skipped the unveiling of an oil portrait of his late father and Shiv Sena founder Bal Thackeray in the Maharashtra Legislative Assembly building in Mumbai on Monday. The late Shiv Sena founder’s portrait was unveiled in the assembly by Maharashtra Chief Minister Eknath Shinde, who heads the other faction of the Shiv Sena. Maharashtra Deputy Chief Minister Devendra Fadnavis, a senior Bharatiya Janata Party (BJP) leader, was also present when Shinde unveiled the portrait in the Central Hall of Vidhan Bhavan on the occasion of the 97th birth anniversary of Bal Thackeray.

Both factions of Shiv Sena – led by Uddhav Thackeray and Eknath Shinde – are currently engaged in a bitter legal battle as they both have stalked claim to the late Hindutva icon’s political legacy.

Speaking at the ceremony, opposition Leader Ajit Pawar said, “It is a matter of pleasure for the Marathi people and for Maharashtra that the oil portrait of leader Balasaheb Thackeray, who fought for the self-respect of the country, for the rights of the Marathi people, for the interest of Maharashtra, is being installed in the auditorium of Vidhan Bhawan”.

Uddhav Thackeray faction leader Neelam Gorhe said, “when the Mandal Commission movement for OBC started after that Balasaheb Thackeray did the work of bringing the maximum number of OBC people to power,” she added.

Uddhav Thackeray, his son Aaditya and other family members stayed away from the event. The father-son duo, along with other prominent members of the Shiv Sena (Uddhav Balasaheb Thackeray), offered floral tributes to the late politician’s statue located a few kilometres away from the Vidhan Bhavan building in south Mumbai.