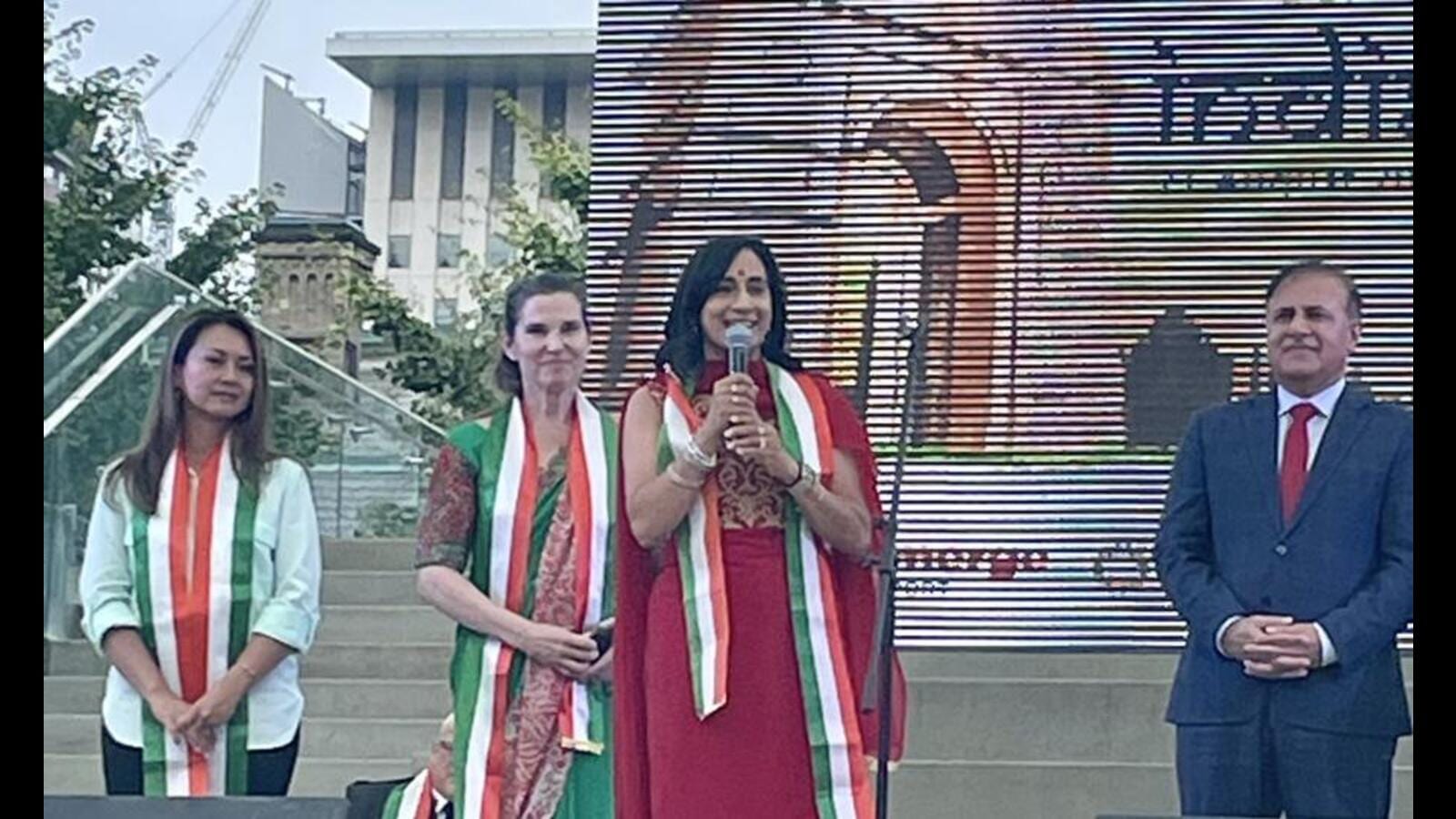 TORONTO: After two years of enforced virtual celebrations due to COVID-19 restrictions, tens of thousands of people of Indian-origin thronged to the showpiece India Day Festival and Grand Parade in Toronto on Sunday, which also observed Azadi Ka Amrit Mahotsav.

The parade featured multiple floats, with representation from 25 Indian states, as well as over 15 marching groups that joined the festivities that lasted for nearly 12 hours in downtown Toronto’s Nathan Phillips Square. Among the major draws for festival-goers were a variety of Indian food stalls as well as cultural performances.

As the iconic 553 metre-high CN Tower was illuminated in the hues of the tricolour on Sunday evening for the occasion, organisers were elated with the turnout. Vaidehi Bhagat, chair of the non-profit Panorama India, which put the entire parade together, estimated that nearly 100,000 Indo-Canadians attended the gathering through the day. She described the record response as “phenomenal”.

The chief guest for the event was Canada’s Minister of National Defence Anita Anand, who later tweeted, “Thank you to all of the Indo-Canadians who came together to mark this momentous occasion.”

Toronto Police personnel were present at the venue to prevent any disruption.

The India Day Parade, traditionally held the Sunday after August 15, was the culmination of a series of similar celebrations throughout the country this month. On August 15, Independence Day celebrations in Calgary in the province of Alberta witnessed a footfall of about 5,000 people. The venue was the City Hall Plaza as 22 community organisations joined together to organise the event. The Gurukul Intercultural Society organised a Tiranga Yatra car rally to mark the day in British Columbia last Sunday, with nearly 300 vehicles participating.

An event organised by the Canada India Global Forum was held in Montreal this Sunday.

Celebrations begun even earlier, as the Taste of India food festival, the largest of its kind in North America, took place on July 31 and August 1 and attracted approximately 175,000 visitors. Organised by the Indo Canadian Chamber of Trade & Commerce, it featured 75 Indian cuisines and cultural performances to mark the anniversary.