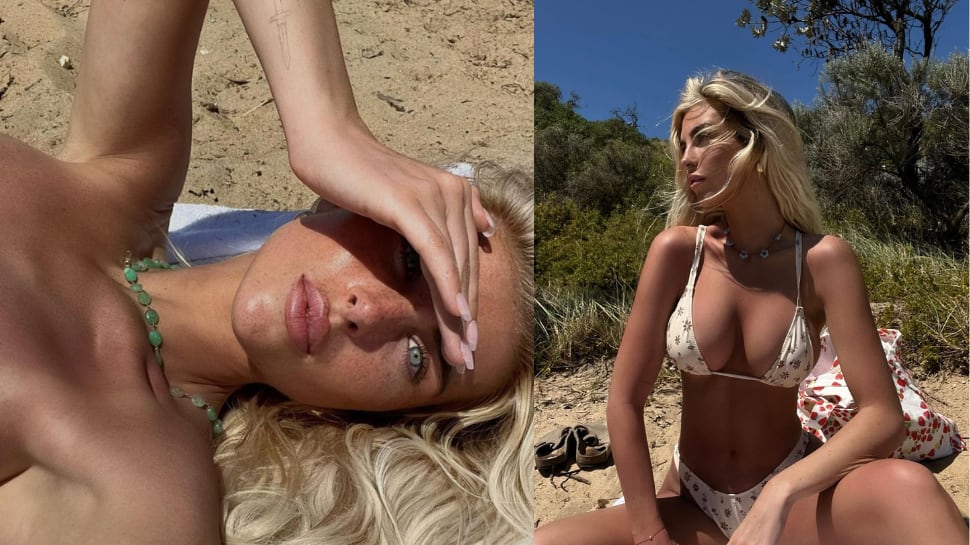 United States’ upcoming tennis star Tommy Paul entered the men’s singles semi-finals of the Australian Open 2023 on Wednesday, January 25, after a tough fight against compatriot Ben Shelton. He beat Shelton 7-6,6-3,5-7,6-4 to win the quarter-finals clash. The win has gained Tommy many fans as he has been seen as the next big thing in world tennis. However, a few days ago, his girlfriend made headlines when she went topless while spending some time at the beach in Australia.

Paige Lorenze, who is a model and an Instagram Influencer with more than 4 lakh followers, is girl friend of Paul and she went topless in Melbourne, Australia. Paige is accompanying her boyfriend at the Australian Open 2023 and has been attending the matches that her BF has been taking part. She also posted Stories on her Instagram from the quarter-finals clash between him and Shelton on Wednesday.

Four days ago, Paige posted two pics at a beach revealing her sexy body and the in the second pic, she is not even wearing a top. Even Tommy has posted a comment on the pics: “Don’t look at me like that”. No wonder his girlfriend is among the many distractions for him at the Australian Open.

Check below pics of Paige Lorenze as she went topless in Australia recently:

Paige’s Instagram is filled with her pics of beach body. No wonder she has so much fan following. She has worked hard on her body, followed strictest of diet plans and she totally deseves to flaunt her toned body on social media. No to forget, Paige is wearing lovely necklace and while many are saying ‘Beautidul body’, ‘amazing fitness’ in her comments section, some are curious to know about the jewellery she is wearing. Paige is surely one of the best off the the court stories from the ongoing Australian Open 2023.

Tommy will face winner of the quarterfinal between Novak Djokovic and Andrey Rublev on January 27.