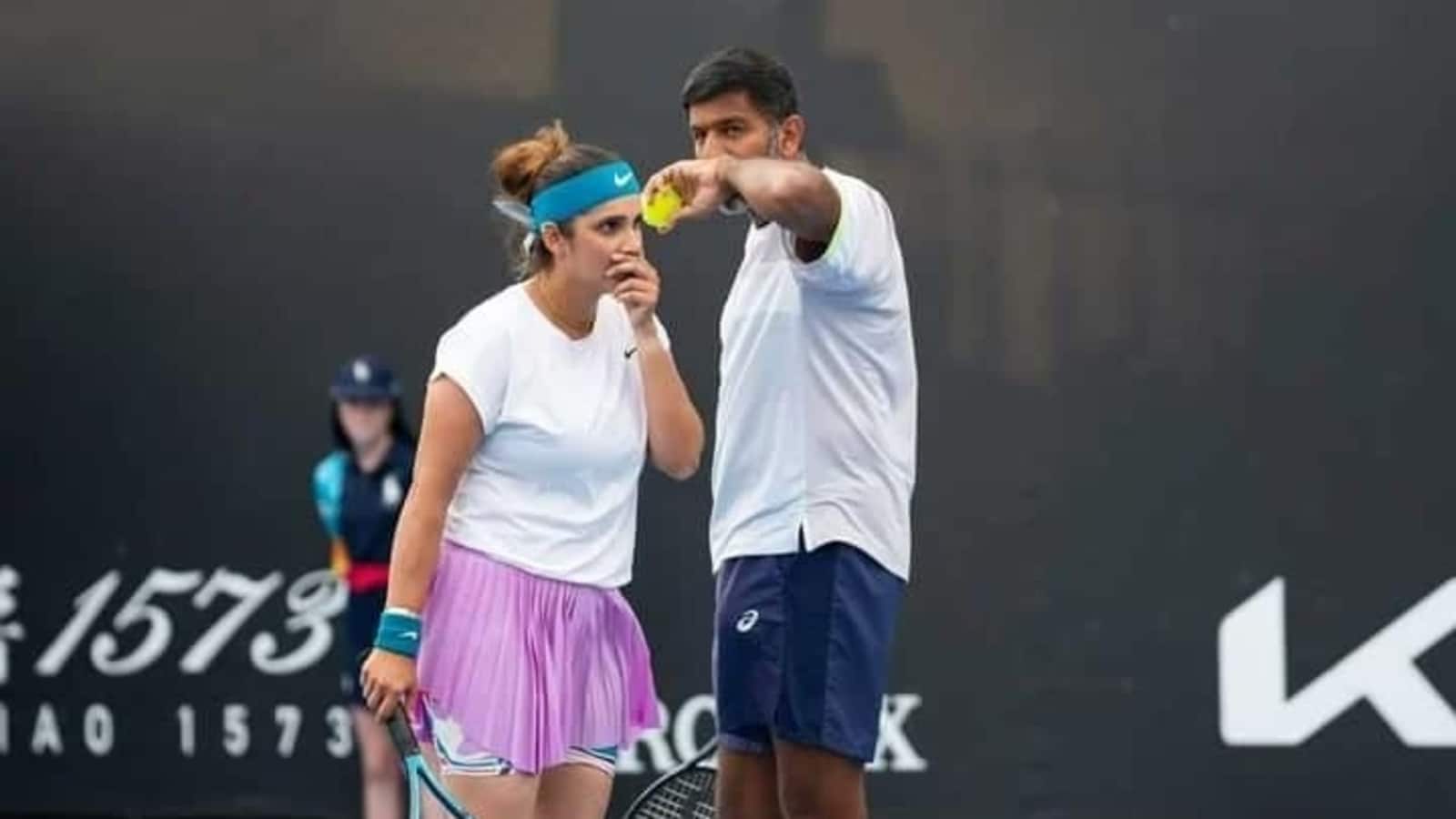 In a match which lasted one hour and 52 minutes, Sania and Bopanna had to battle hard and each set led to a tie-breaker, with a super tie-breaker finally deciding the outcome of the crunch clash. The Indian pair will face the winner of the second semi-final between Olivia Gadecki, Marc Polmans and Luisa Stefani and Rafael Matos.

After winning the match, Sania said, “It was an amazing match, there was a lot of nerves. It’s my last slam and it’s so special to play with Rohan. He was my first mixed doubles partner when I was 14 and today I’m 36 and he is 42 and we are still playing, we have a solid relationship,” Sania said after the match.”

This is also going to be her final career Grand Slam appearance. “We are excited to come back here and give ourselves another chance. We were playing the best mixed doubles pair on Tour and had to come up with the best,” she said about the rival players from USA and England. I’m not a crier but I’m almost there right now, I feel the love for the last 18 years I have been coming here. It feels like home for me, I have a family here, I eat at home and I have so many Indians supporting me”, she further added.

The Indian pair received a walkover in their last-eight fixture against Latvian-Spanish duo of Jelena Ostapenko and David Vega Hernandez. Mirza and Bopanna began their campaign with a 7-5 6-3 victory against Jaimee Fourlis, Luke Saville, followed by a 6-4 7(11)-6(9) victory against Ariel Behar and Makoto Ninomiya. Meanwhile, Krawczyk, Skupski began with a hard-fought 6(3)-7(7) 7(14)-6(12) 10-8 against Aussie pair John Peers, Storm Sanders. In the second round, they grabbed an easy 6-2 6-4 win against Andrew Harris Alana Parnaby, followed by a 4-6 6-3 10-5 victory against Jamie Murray and Taylor Townsend.