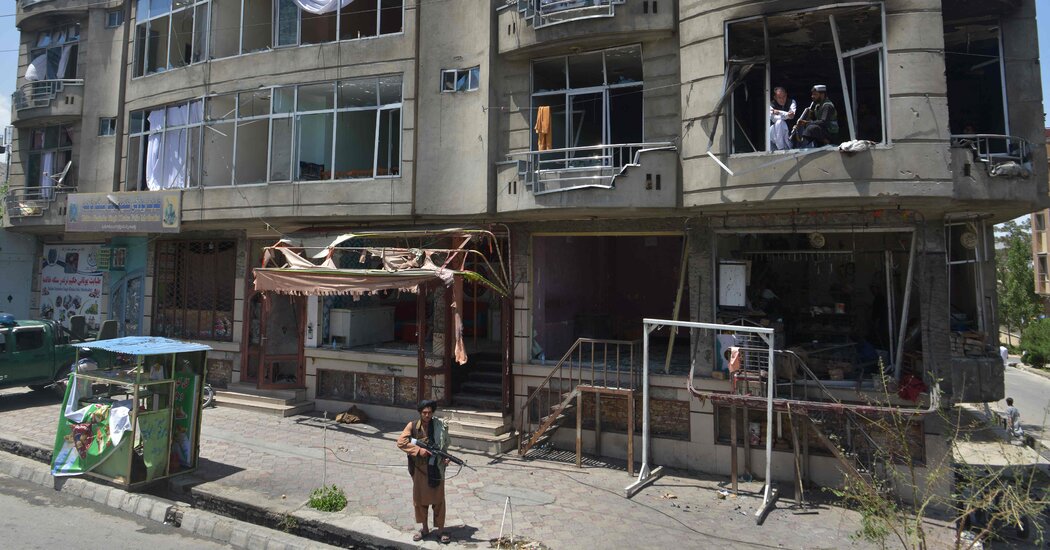 KABUL, Afghanistan — Militants stormed a Sikh temple in Afghanistan’s capital on Saturday, leaving several people dead and others wounded, and stoking already heightened concerns among the country’s religious minorities about whether the new Taliban government will be able to protect them from rising violence by extremist groups.

The assault, which lasted over an hour, was the first to target the country’s Sikh community since the Taliban seized power last summer. It was the latest in a series of bloody terrorist attacks that since April have killed over 100 people, predominantly civilians among the country’s Shiite and Sufi minorities.

Abdul Nafi Takor, an Interior Ministry spokesman, said that one Taliban security member involved in stopping the assault and that one civilian were killed; he also said that seven other people were injured. A doctor from a nearby military hospital, who spoke on the condition of anonymity because he was not authorized to speak to the news media, said the hospital had received the bodies of six worshipers killed at the temple.

The recent bloodshed has upended a relative calm that came after the collapse of the Western-backed government in August, which ended 20 years of war, and has raised questions about whether the new Taliban government will be able to make good on its hallmark pledge of providing security.

The attack on Saturday began about 6:30 a.m. when a group of armed men threw a grenade at a guard outside the temple in the Karte Parwan neighborhood of Afghanistan’s capital, Kabul, according to Khalid Zadran, a spokesman for the Kabul police. The men then rushed inside, where roughly 25 people had gathered to worship, Gurnam Singh, the president of the temple, said in an interview.

“I was at home,” Mr. Singh said, “and when I was about to go to the temple, I heard gunshots and explosions.”

A car bomb — the target of which appeared to be the temple — was also detonated nearby, according to Taliban officials.

The Taliban government condemned the attack on Saturday and pledged to provide justice to the victims. The government “expresses its condolences to the families of the victims and assures that serious measures will be taken to identify and punish the perpetrators of this crime,” Zabihullah Mujahid, a Taliban spokesman, wrote on Twitter.

No group has yet claimed responsibility for the attack on Saturday, but it follows a trend of similar attacks carried out in recent months by the Islamic State’s affiliate in Afghanistan.

The spate of attacks has challenged the Taliban’s claims that they have extinguished the threat from ISIS in the country and reinforced concerns about a resurgence of extremist groups in Afghanistan that could eventually pose an international threat.

The blast on Saturday rattled Afghanistan’s Hindu and Sikh communities, minorities that have been oppressed for decades and have been frequently attacked in recent years. Once numbering in the hundreds of thousands, only a few hundred Hindus and Sikhs remain in the country today, according to community leaders.

Mr. Singh warned that the attack on Saturday may push the remaining few to leave the country, too — essentially extinguishing the community in Afghanistan.

“We have been targeted many times in the past, and we thought the situation would change with the coming of the Taliban, but it did not,” Mr. Singh said. “We are all despondent with what happened, and maybe everyone will leave Afghanistan tomorrow or the day after tomorrow. What to do here?”

Share
Facebook
Twitter
Pinterest
WhatsApp
Previous articleSuyyash Rai: This Father’s Day is special, even if my son is too young to understand
Next articleVHS copy of ‘Back to the Future’ sells for $75,000, setting a new auction record