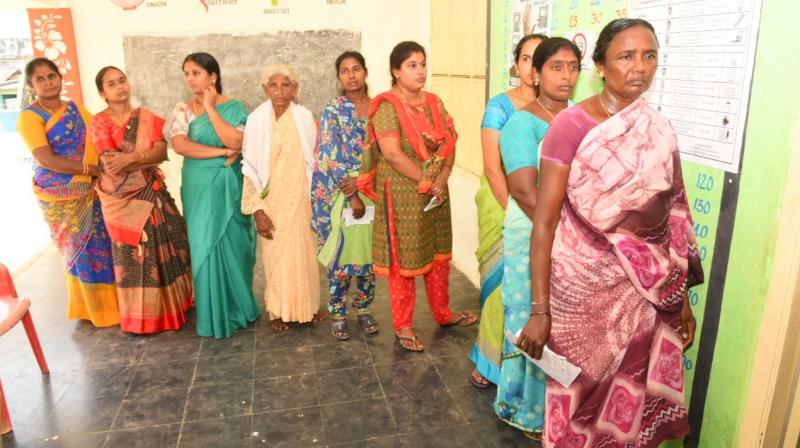 Nellore: The polling for the Nellore district Atmakur by-election has begun on Thursday morning. Around 24.9 per cent voteres have exercised their franchise till 11 AM. Voting has begun in a peaceful manner at 7 AM and will continue till 6 PM.

Revenue and police officials have made elaborate arrangements for the smooth conduct of polling. A command control centre has been set up at Tikkana Pranganam in the Collectorate here to enable the officials to watch the election process streaming through webcasting.

The main contenders are YSR Congress candidate Mekapati Vikram Reddy and BJP candidate G. Bharat Kumar among the 14 candidates in the fray.

The by-election was necessitated following the sudden demise of Mekapati Goutham Reddy.

Have your say: Who will be the next great men’s tennis player?