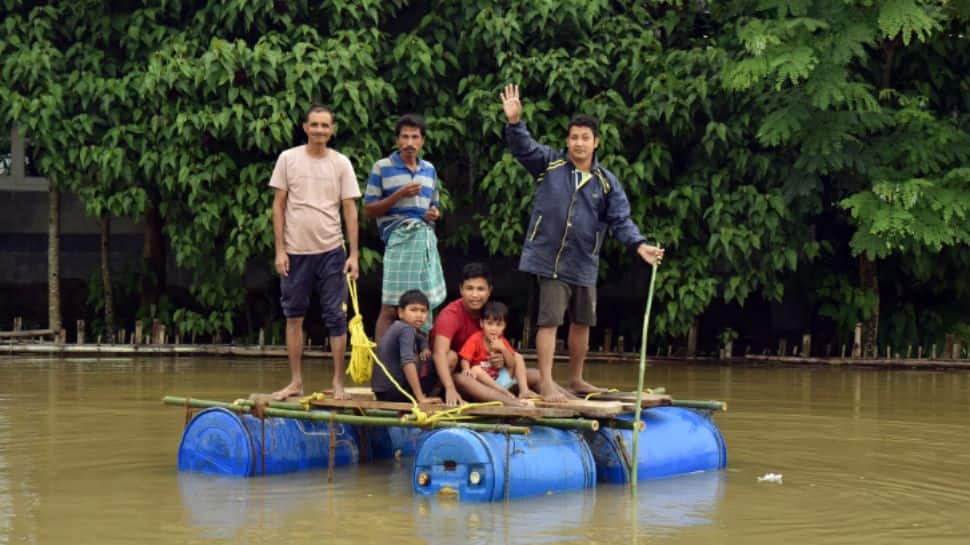 New Delhi: The flood situation in Assam has worsened and the death toll has risen to 82, affecting more than 41 lakh people in 34 districts of the State. Amid the alarming situation in the flood-ridden state, Home Minister Amit Shah got on a call with Assam Chief Minister Himanta Biswas and Meghalaya CM Conrad Sangma to discuss the way forward. He also announced that an Inter-Ministerial Central Team (IMCT) will visit the flood-affected areas of Assam and Meghalaya to assess the damages much like they had done from 26 May to 29 May 2022.

Spoke to CM Assam Shri @himantabiswa and CM Meghalaya Shri @SangmaConrad to discuss the situation in parts of both states in the wake of heavy rainfall & flooding.

Modi government stands firmly with the people of Assam and Meghalaya in this hour of need.
— Amit Shah (@AmitShah) June 20, 2022

The ASDMA also reported that seven people have gone missing amidst the natural calamity whereas 2,31,819 people took shelter in the 810 relief camps in the state. A total of 1,13,485.37 hectares of land have been affected because of the calamity, whereas the ASDMA in its report further stated that at least 11,292 people have been evacuated from the affected areas.

The administration of the flood-hit districts have set up 810 relief camps and 615 relief distribution centres and nearly 2.32 lakh people are currently lodged in the relief camps. Meanwhile, the Karimganj district administration has closed down all government and private educational institutions in the district till June 23.