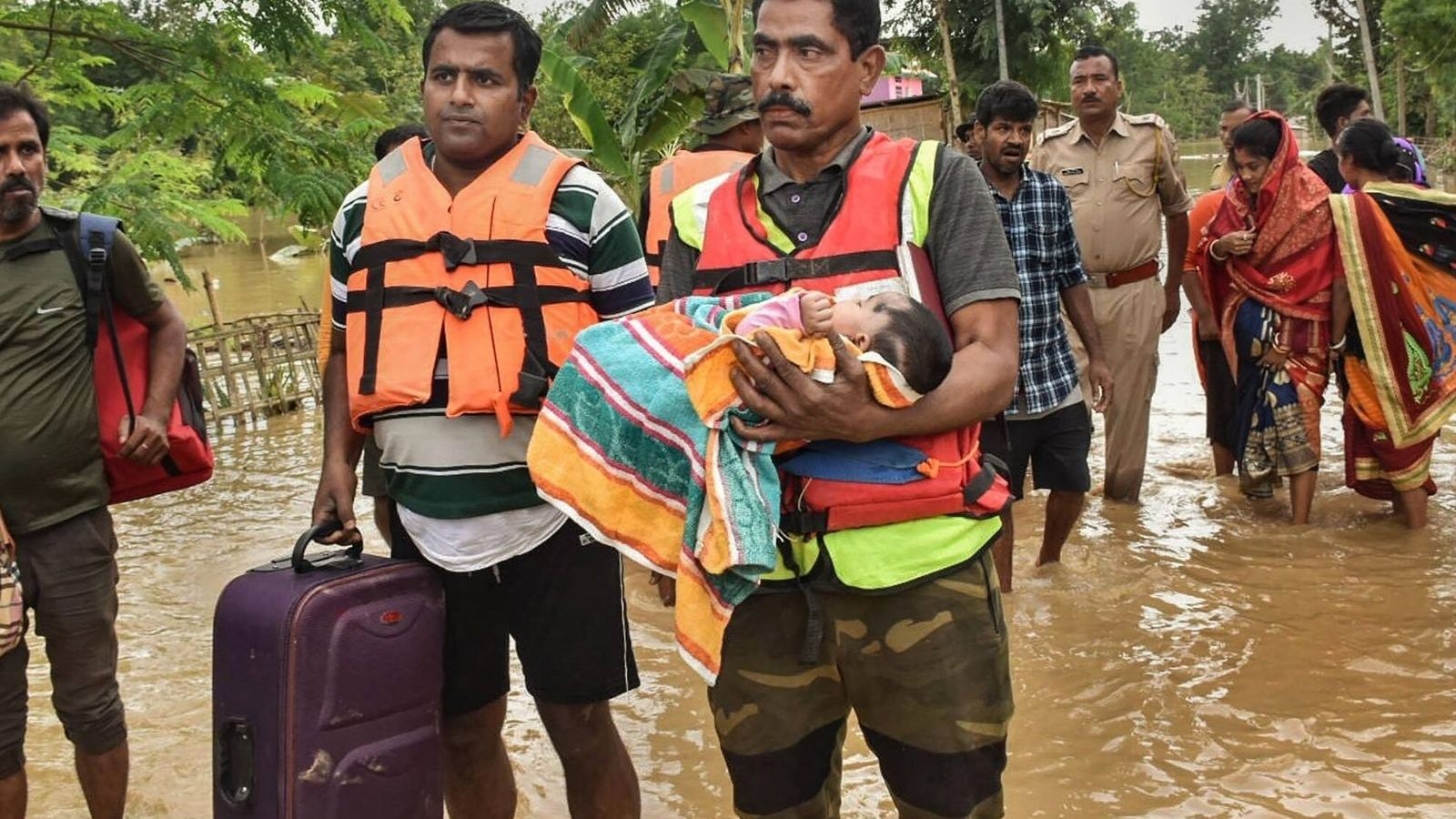 NDRF was rushed to Cachar in Barak Valley of Assam for rescue operations as the flood situation in Assam remained critical on Tuesday with Brahmaputra and Barak rivers along with its tributaries in spate and affecting nearly 48 lakh people, officials said. The devastating flood, trigerred by incessant rains since last week, has inundated 32 out of 36 districts of the state in its second spell and 11 persons were reported missing during the last 24 hours, the officials said.

A total 44 people have lost their lives so far in floods and lanslides in the state since June 14. Chief Minister Himanta Biswa Sarma said that four units of the National Disaster Response Force were rushed from Bhubaneswar to Silchar to carry out rescue operations as the flood situation in Karimganj and Cachar districts worsened due to the rising waters of Barak and Kushiyara rivers following heavy rains.

”Four units of NDRF from Bhubaneswar with total 105 personnel have been sent to Silchar to carry out rescue operations in Barak Valley”, he said and thanked Union Home Minister Amit Shah for the ”prompt action and help”. In Cachar, a population of 2,07,143 in 449 villages have been affected, while in Karimganj 1,33,865 in 305 villages were hit by the flood, according to the bulletin issued by the Assam State Disaster Management Authority (ASDMA).

Relief materials were distributed to the affected people who have not taken shelters in relief camps through 615 temporary relief distribution centres and points opened by the government. Among the worst affected districts Barpeta with a population of 12,30,721 is reeling under flood waters followed by Darrang where 4,69,241people have been hit and Bajali where 3,38515 have been affected, according to the bulletin issued by the Assam State Disaster Management Authority (ASDMA).

According to the bulletin of the Central Water Commission (CWC), Kopili river is flowing above its high flood level at Kampur in Nagaon district and Brahmaputra at Nimatighat, Tezpur, Guwahati, Kamrup, Goalpara and Dhubri. Puthimari, Pagladia, Beki Barak and Kushiara are flowing above the danger levels. Urban flooding was reported from Barpeta, Cachar, Darrang, Goalpara, Kamrup (Metro) and Karimganj. Landslides occurred at Kamrup and Karimganj during the day, it said.