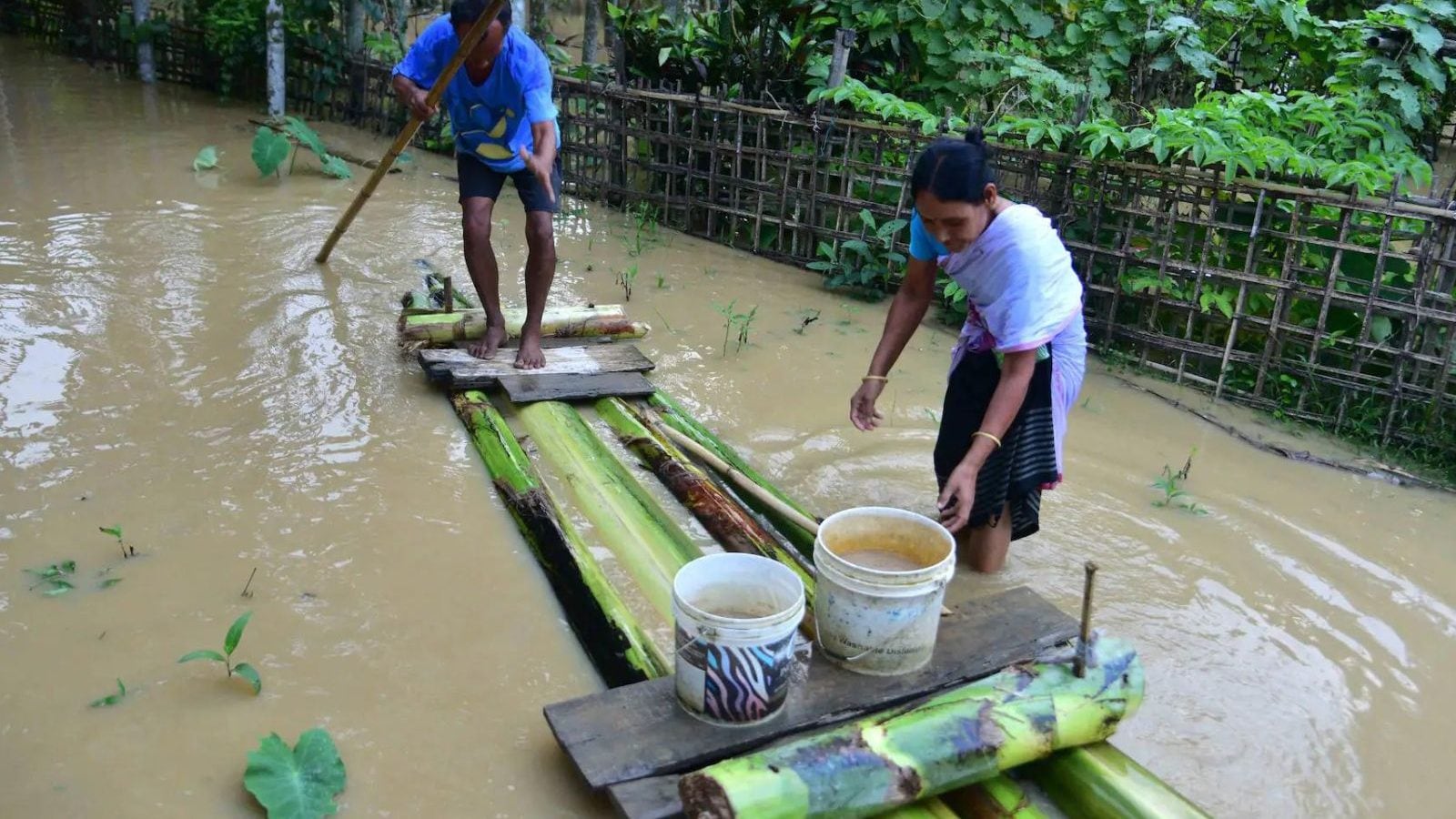 The Assam State Disaster Management Authority on Monday said 11 people had been killed in floods and landslides in the last 24 hours due to widespread rainfall. Union home minister Amit Shah, too, spoke to chief minister Himanta Biswa Sarma and Meghalaya CM Conrad Sangma. He said central teams will visit flood-hit areas of the two states to assess damages.

“Spoke to CM Assam Shri @himantabiswa and CM Meghalaya Shri @SangmaConrad to discuss the situation in parts of both states in the wake of heavy rainfall & flooding. Modi government stands firmly with the people of Assam and Meghalaya in this hour of need,” Shah tweeted, adding, “an Inter-Ministerial Central Team (IMCT) will visit the flood-affected areas of Assam and Meghalaya to assess the damages. After the earlier spell of floods, an IMCT visited the affected areas of Assam from 26 May to 29 May, 2022.”

The flood situation in the state is critical and has affected a population of close to 43 lakh in 33 out of 35 districts. Chief minister Himanta Biswa Sarma reviewed the flood situation at a meeting and directed air dropping of food and other relief material in heavily inundated areas.

Sarma also directed deputy commissioners to keep ready static teams of the health department and ensure daily visits of doctors to relief camps set up for the flood affected. Ambulances should be kept on the standby to shift patients who are in serious condition to nearby hospitals, he said.

The chief minister said officials must take up night shifts at all district hospitals and special care should be given to senior citizens, women and children. He directed the authorities to plan circle-wise mega health camps with the help of the nine medical colleges in the state to ensure that post-flood diseases are effectively dealt with.

The CM further said air force had assured the state government of offloading petroleum and diesel in severely affected areas. He said relief and rescue operations in Barak Valley will be bolstered by roping in additional NDRF teams from neighbouring states of Manipur and Tripura.

Sarma also said he was in touch with Sangma on the restoration of vehicular traffic on the Jowai-Badarpur road that has been badly damaged due to floods and landslides. Meanwhile, North East Frontier Railways (NFR) has said that trains carrying relief, including petroleum and diesel and medical aid, will be sent to the affected areas.

The state has been reeling from devastating floods for the past one week with 127 revenue circles and 5,137 villages affected in 33 districts, according to a bulletin of the ASDMA. Nearly 1.90 lakh people have taken shelter in 744 relief camps. Relief material have been distributed from 403 temporary centres to affected people who have not moved into the camps. About 30,000 people have been evacuated so far by the NDRF, SDRF, police and other agencies, officials said.

Prime Minister Narendra Modi had also called up the Assam CM on June 18 to inquire about the situation and assured him of all possible help from the Centre.