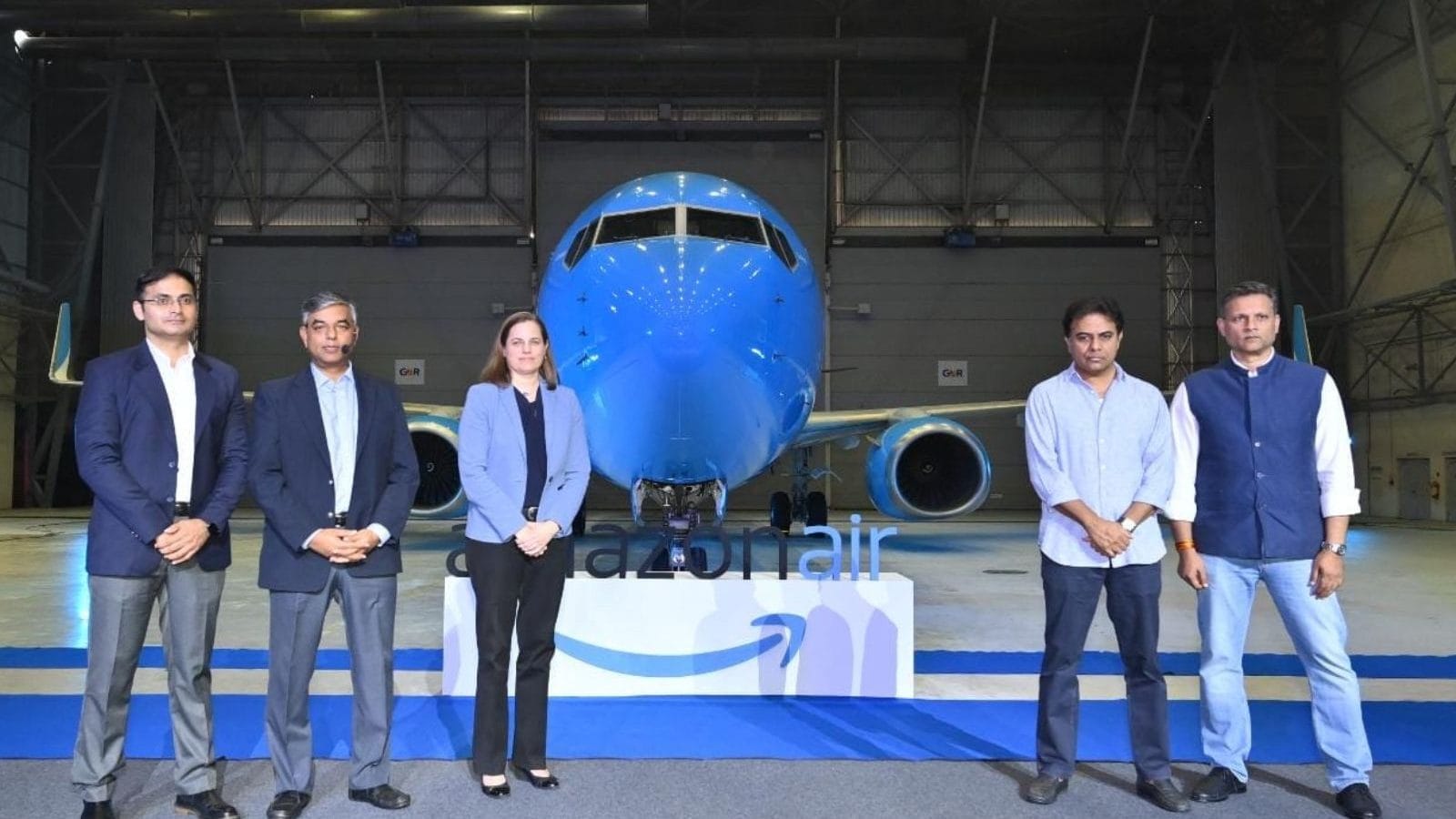 The minister said that the Amazon Air launch was a landmark moment for the state, the Indian aviation sector and the country’s e-commerce industries

E-commerce giant Amazon launched its dedicated air cargo service ‘Amazon Air’ at the GMR Aero Technic facility in Hyderabad, its first outside US and Europe. Telangana Minister for IT and Industries KT Rama Rao termed the launch a “landmark moment” for the state and the Indian aviation sector.

Speaking on the occasion, KT Rama Rao said that Telangana won the ‘Best State Award’ title for aerospace from the Ministry of Civil Aviation, three times in a row and Hyderabad was ranked the “Most Cost-Effective Aerospace City in the World” by FT FDA global rankings.

“Telangana’s growth and success are intricately linked to the expansion of the logistics sector including its air cargo infrastructure. Air cargo traffic in Hyderabad also witnessed a 35 per cent growth in volumes during 2021, he said, adding the Hyderabad airport is “one of the best airports in the world and continues to win laurels every year.”

The minister said that the Amazon Air launch was a landmark moment for the state, the Indian aviation sector and the country’s e-commerce industries. In the long run, he said, it will also help onboard more sellers from Telangana and the rest of India on Amazon’s global e-commerce platform. The minister assured complete support to Amazon’s activities in the state.

Speaking further about the achievements of the state, he said that Telangana registered a GSDP of USD 140 Billion in Financial Year 2021-22; the per capita has doubled since 2014: from Rs 1.24 lakh to Rs 2.78 lakh and the state ranked second in India’s Innovation Index. Telangana secured a spot among top three states in India in Ease of Doing Business (EoDB) rankings, a joint initiative by the World Bank and the Indian Government, he said.