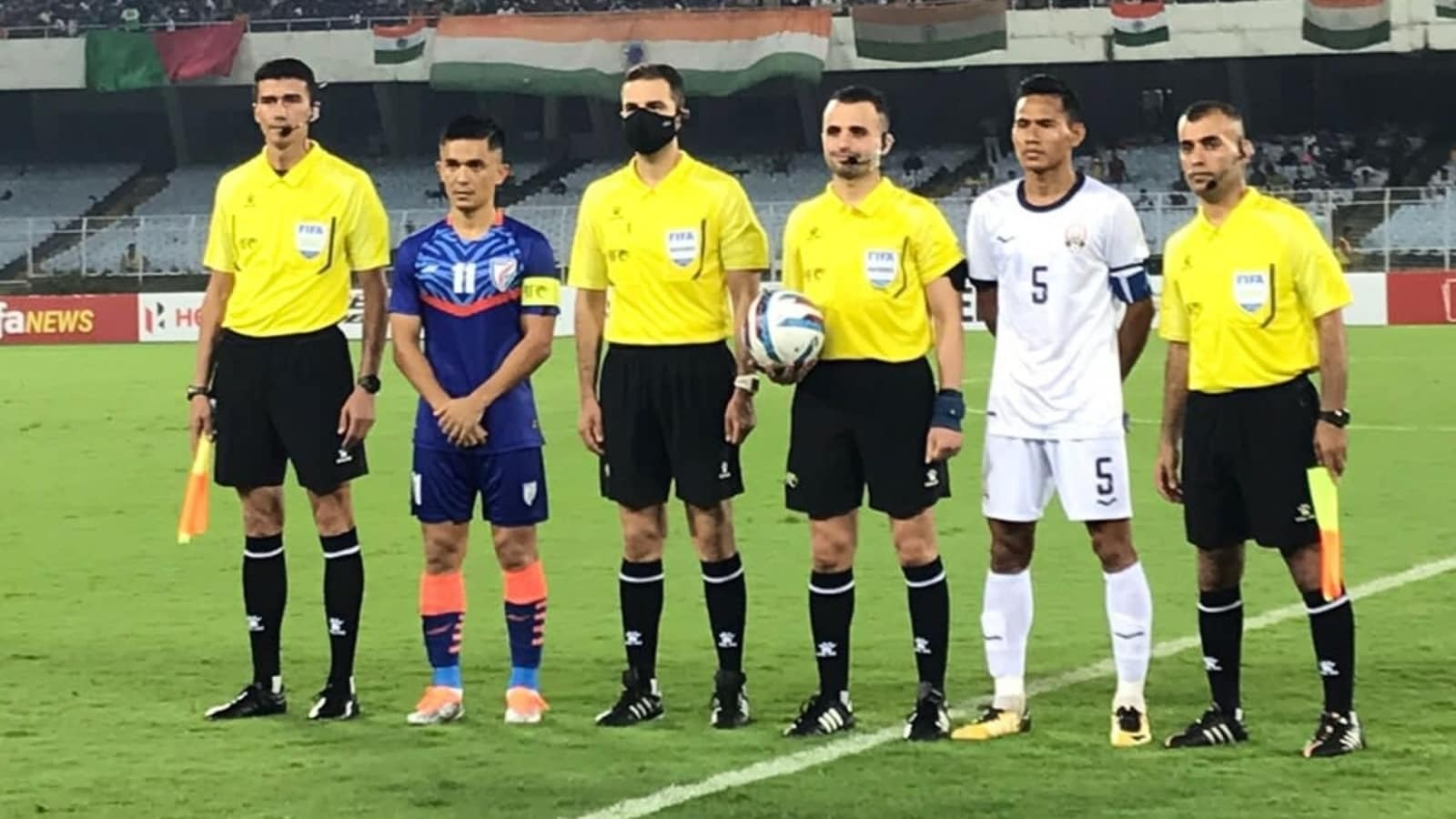 The Asian Cup qualifiers between India and Cambodia at the Salt Lake Stadium, Kolkata on Wednesday got off to a seven-minute delayed start following a technical issue during the pre-match rituals. Cambodian players were left frustrated after a couple of glaring errors – including a flag mix-up and national anthem glitch – left them stranded on the field.

Furthermore, their flag on display on the digital screen cut to black midway through. The delay continued for longer than expected as players from both sides went back to the dugout for refreshments before returning to the centre later to complete the rituals. The anthem was reportedly played on a Cambodian official’s mobile phone after it was connected to a console.

Earlier in the day, the Football Federation of Cambodia (FFC) had threatened to pull out of the competition with complaints concerning their national flag. As per reports, the Cambodia football federation president Sao Sokha sent out a stern warning and demanded an apology from AFC, and the organisers for “not taking care of Cambodian men’s national football team in terms of food, accommodation and the Cambodian flag.”

In an earlier report available on this website, an AFC letter on Wednesday signed by Shin Man Gil said it was “regretful that the Cambodia flag produced for the Competition does not meet the exact specification in terms of design and colour code.”